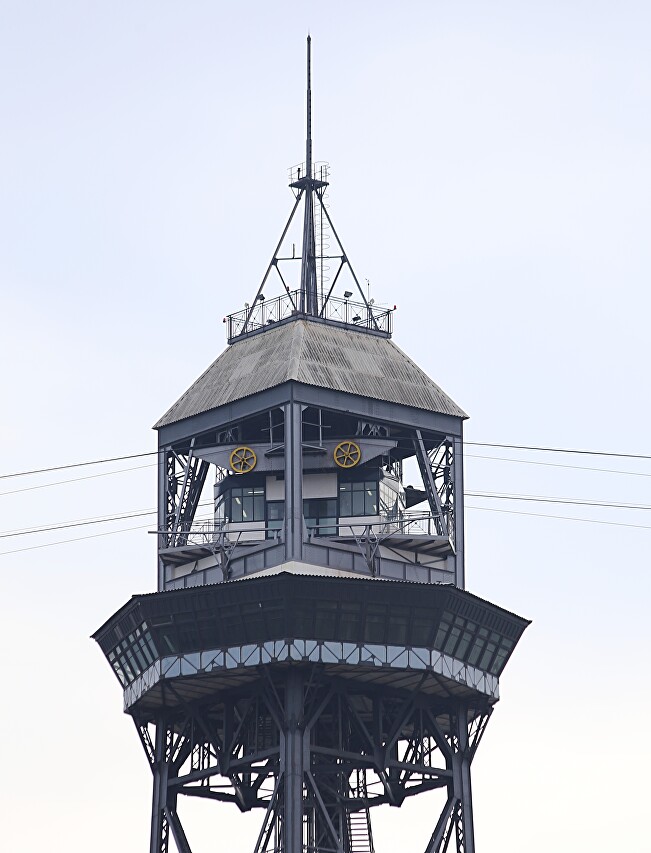 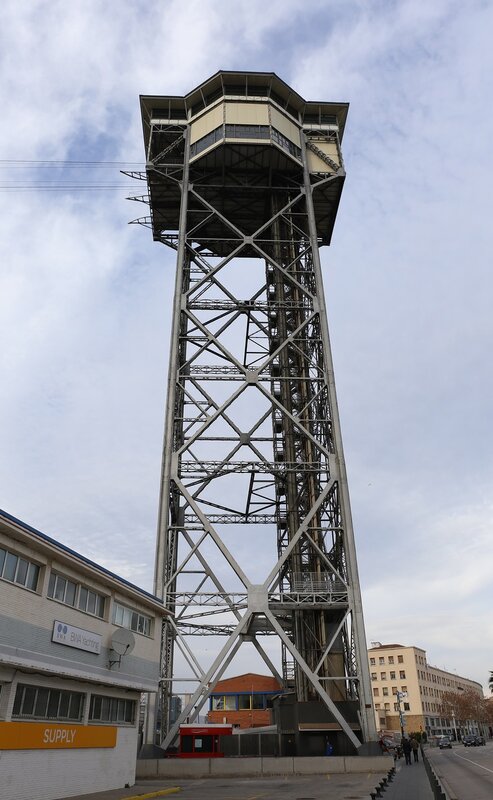 The line starts with 86-meter tower in San Sebastian (Torre Sant Sebastià on the map), located next to the beach of Barceloneta, makes a short stop on the Jaume I tower (Torre Jaime I on the map) in front of the world trade centre and ends on the slopes of Montjuic,the Miramar gardens (Jardines de Miramar on the map). The length of the line is 1303 meters, two cabins that can accommodate 20 people are moving towards each other. The trip takes about 10 minutes. 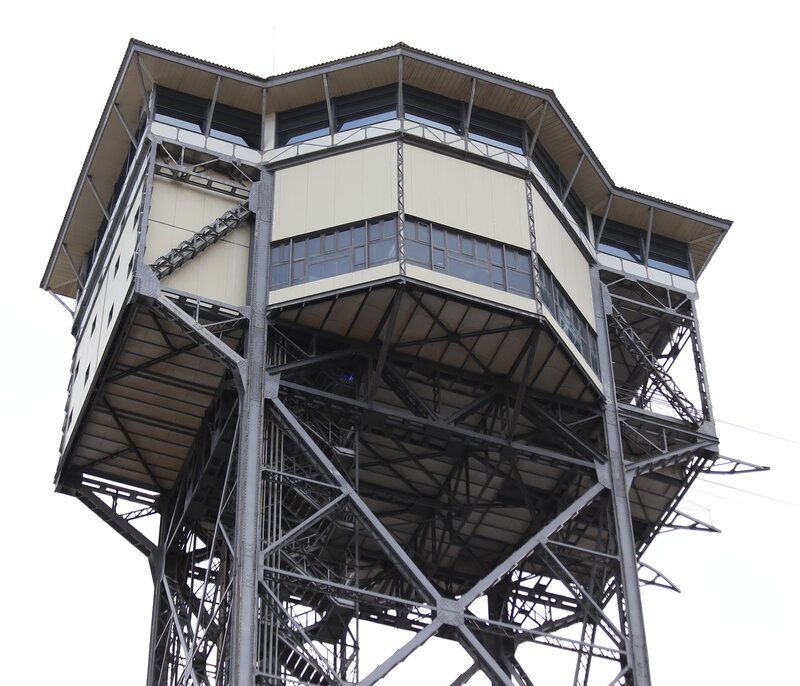 The cable car was created in preparation for the The 1929 world's fair in Barcelona. Construction contract received a specially created company for this purpose Air Rail San Sebastian-Miramar, managed by Juan Rodriguez Roda (Juan Rodriguez Roda), the tower designs were developed by engineer Kales Buigas (Carles Buigas). Due to underestimation of the project's scale, construction was delayed, and the road was opened two years after the Exhibition, on September 12, 1931 the year. Initially the line consisted of two segments of two cars, the transfer was carried out on the Jaime I tower movement Mechanisms and cabs manufactured by the world-famous Bleichert company, which has just finished a cable car in Montserrat. 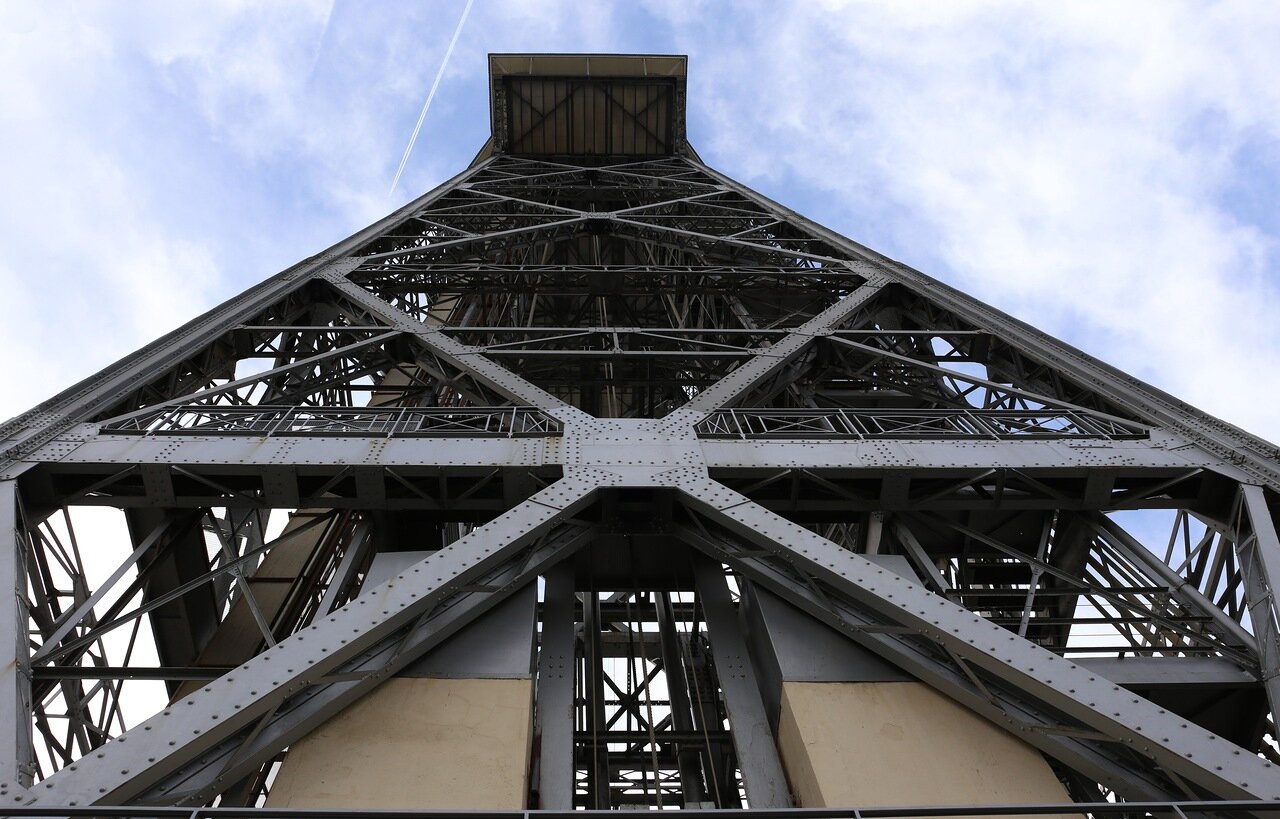 All hopes for the company's commercial success were dispelled by the great depression, and then the Spanish Civil war. During this period, the towers were used by the air defense service for observation and placement of anti-aircraft machine guns. By 1940, the road came to the cables were dismantled and one of the survivors was in a very poor condition. the cabine was used on a cable car in Montserrat. Towers continued to rust and become unsafe, the city authorities they were thinking of demolishing the structures. 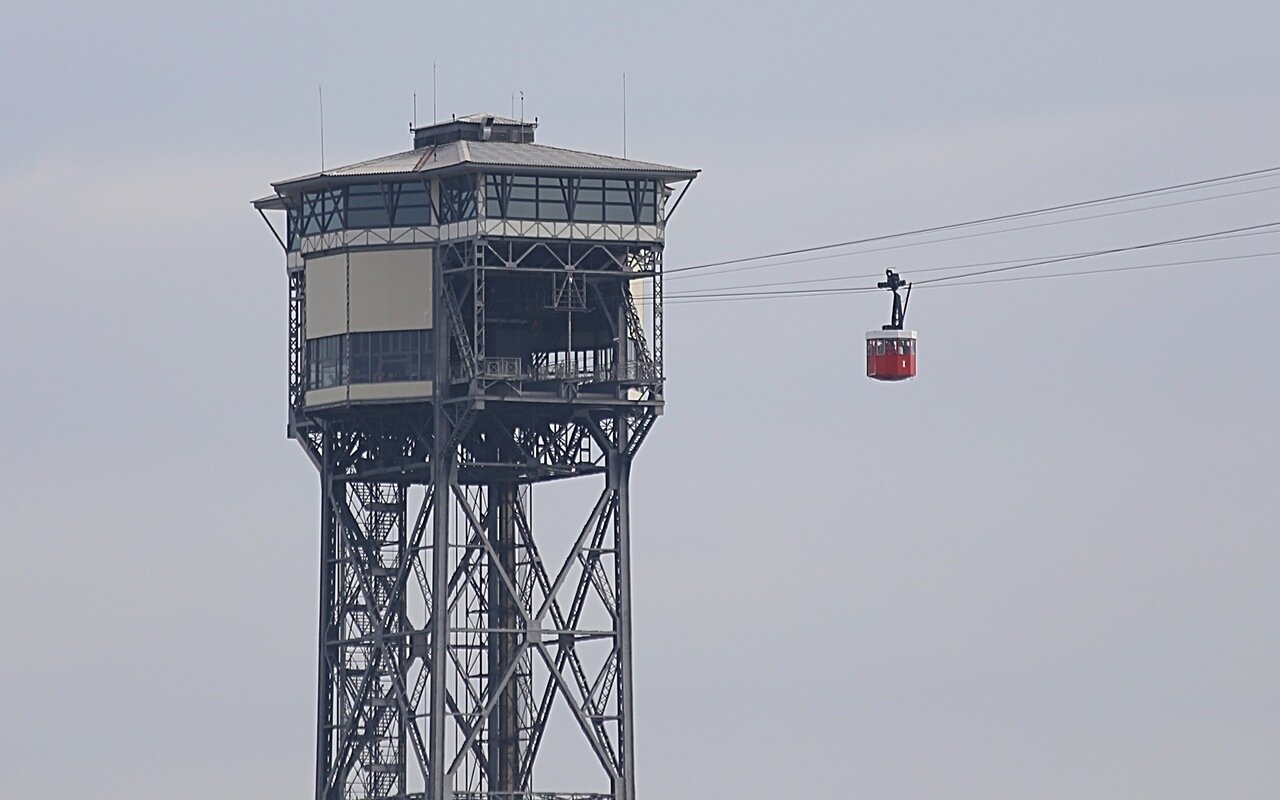 The road owes its revival to Friedrich Grundel, chief engineer of Bleichert, who convinced the city's the administration can save a unique line. The first thing I did was the San Sebastian Tower was restored, and in 1960 it was opened on its top a restaurant that has become very popular. After 2 years, it was restored and the Jaime I tower, and in 1963 the line was reactivated. In the updated version this cable car had only two cars running along the entire length of the road. length. The base of the line is a 45 mm cable, two 25 mm cables are used for driving cabs. The weight of the empty cabin is 1350 kg, the speed of movement is 3 meters per second. There is also a service 17-mm cable designed for maintenance of the line and evacuation of passengers in the event of a breakdown, for what there is a small service cabin. By 1996, the road had fallen into disrepair and it was closed. Within the framework of the reconstruction of the well port and the construction of The world trade center line was closed for repairs and reopened it was opened to the public in 2000. 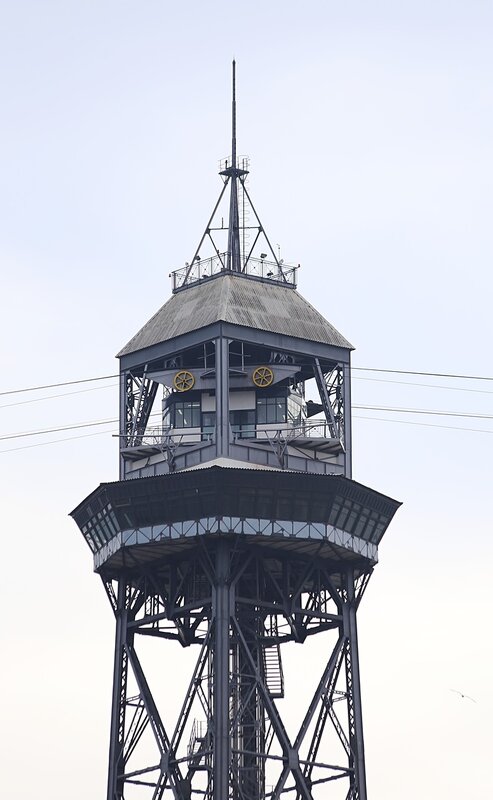