On my way back from Barceloneta's seafront, I returned to the hotel through St. Jame's square (Plaça de Sant Jaume), where he visited the Palace of the government of Catalonia (Palacio de la Generalidad, map), built in 1596 by the architect Pere Blau. The interior of the Palace is accessible to the General public. 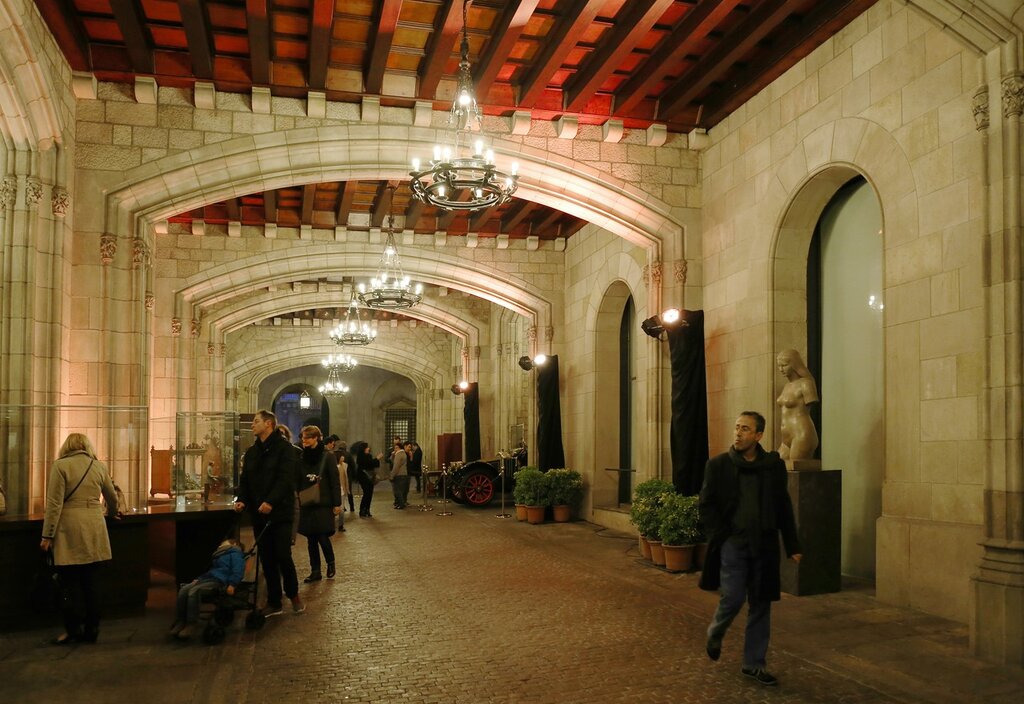 In the hall attract attention to caisson ceilings of dark wood, 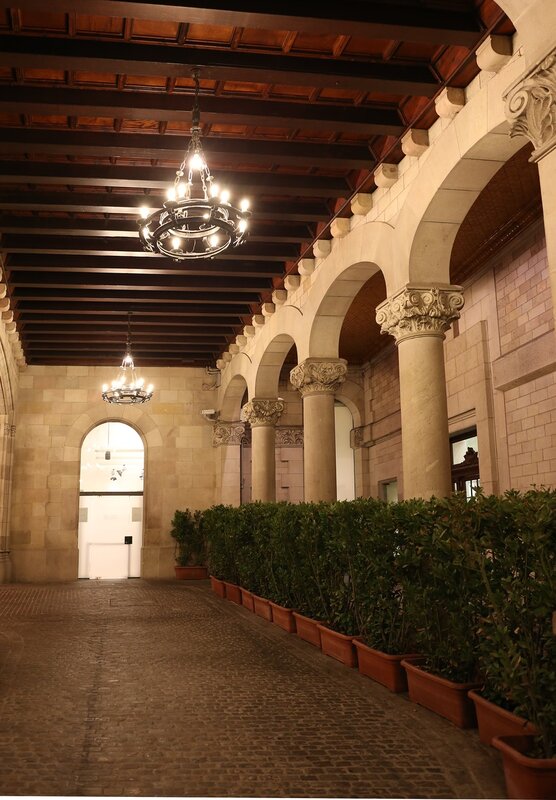 In some halls, the ceilings are lined with ceramics, and caissons are covered with patterned glass. 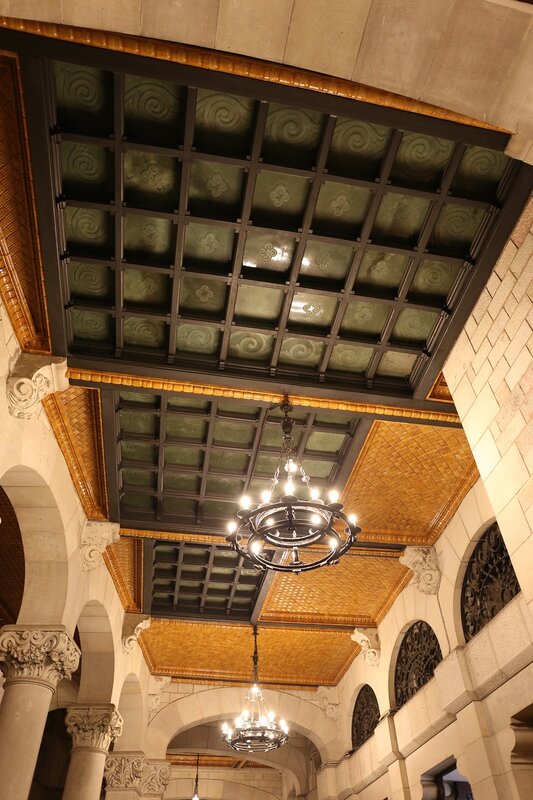 Ceiling above the central stairs are a stained-glass window. 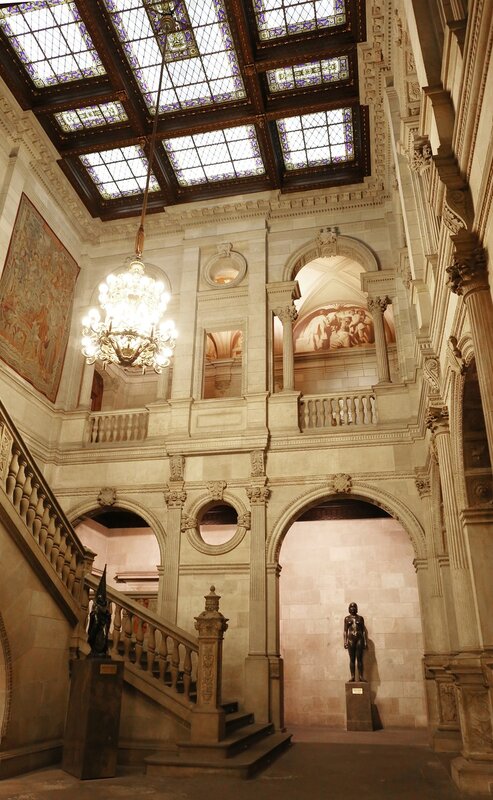 The patio is framed by gothic arches, cornices decorated with gargoyles. 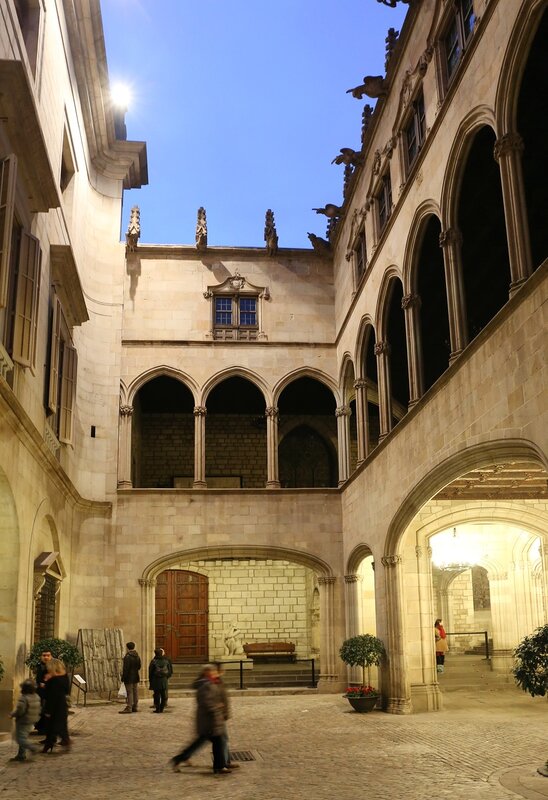 Here you can see several sculptures. 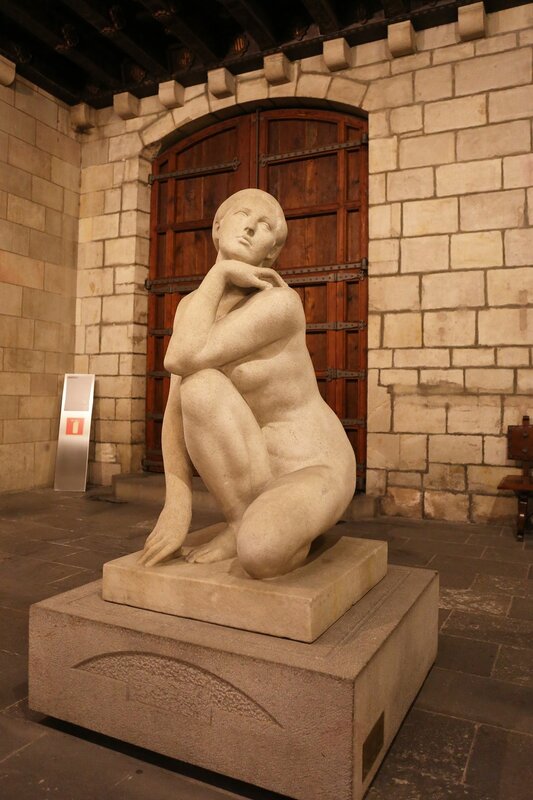 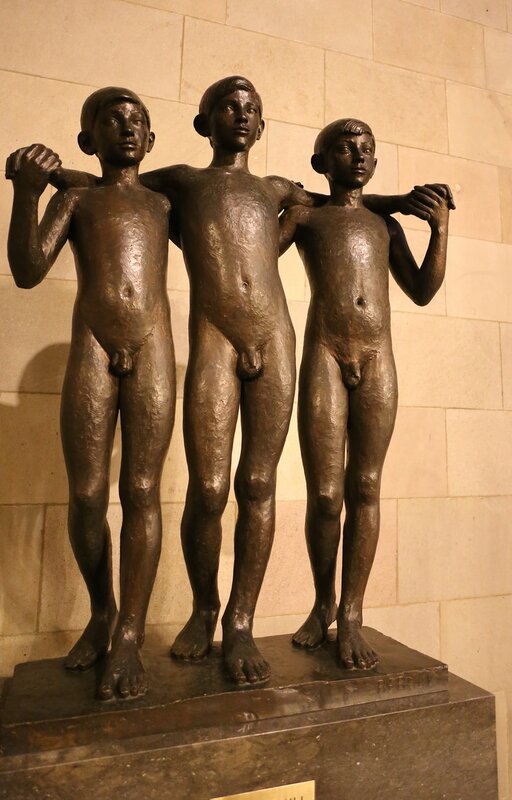 In the hall of St. George exhibited several interesting things, including this car, used by the government in the early 20th century. 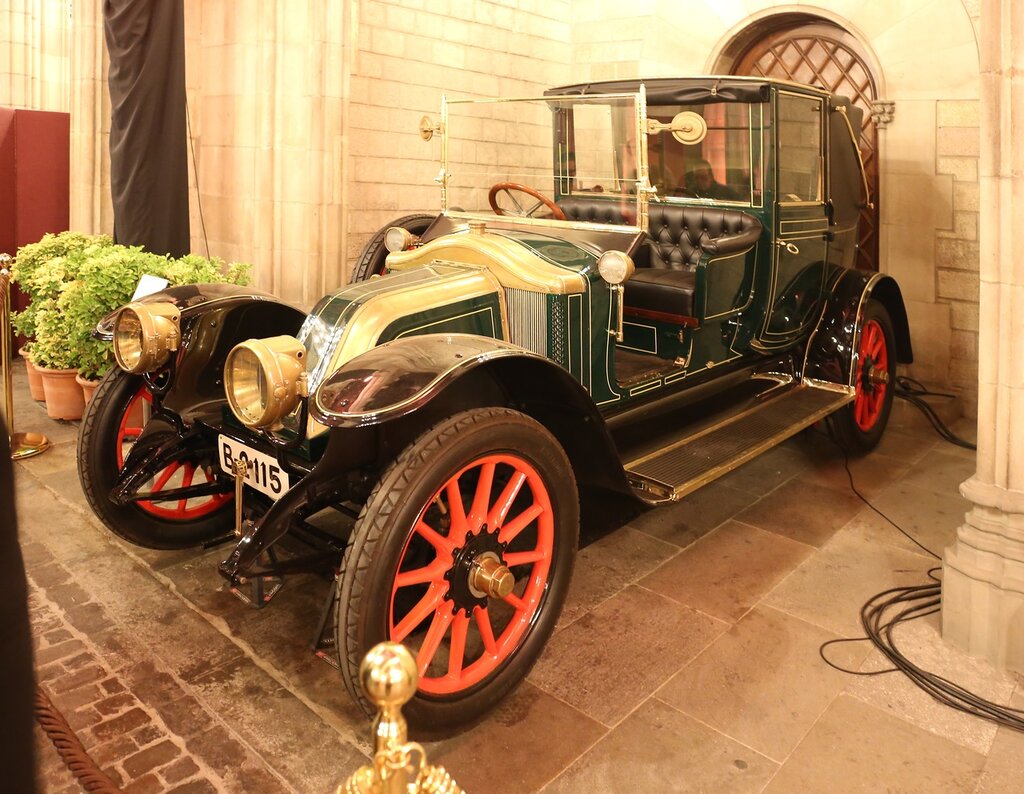 The hall is also used for thematic exhibitions. In the new year's eve there was an exposition of Christmas ceramic miniatures. 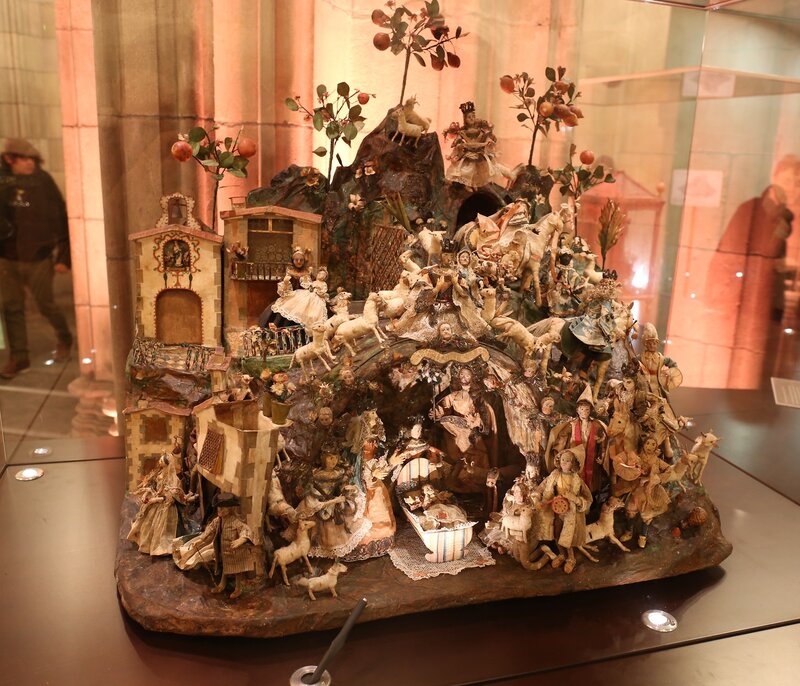