After a trip to Montserrat, there was little energy left for an evening walk around the evening city. On the first day of the New year, the streets are deserted, there are no cars, no pedestrians. 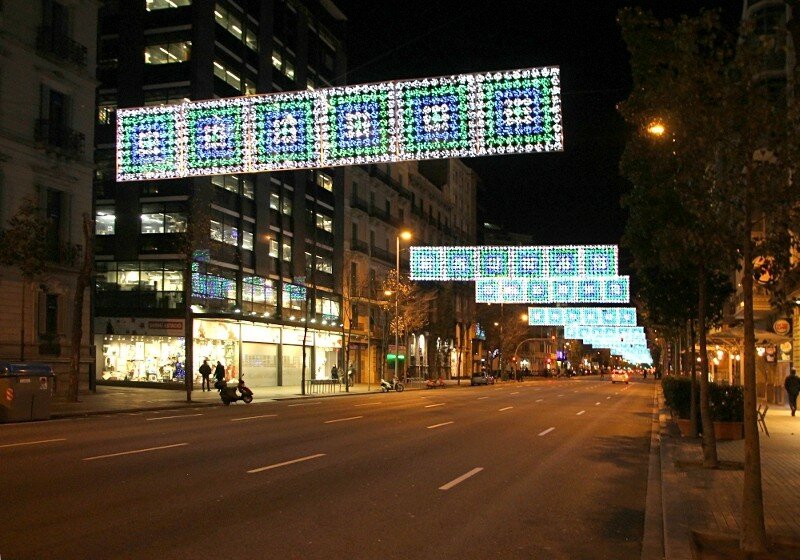 The goal of the walk was the Gaudi houses located in the Eixample district. After a short walk, we find the first object-the batlló House (Casa Batlló on the map), located on Gracia Boulevard, three blocks from Gran Vina. 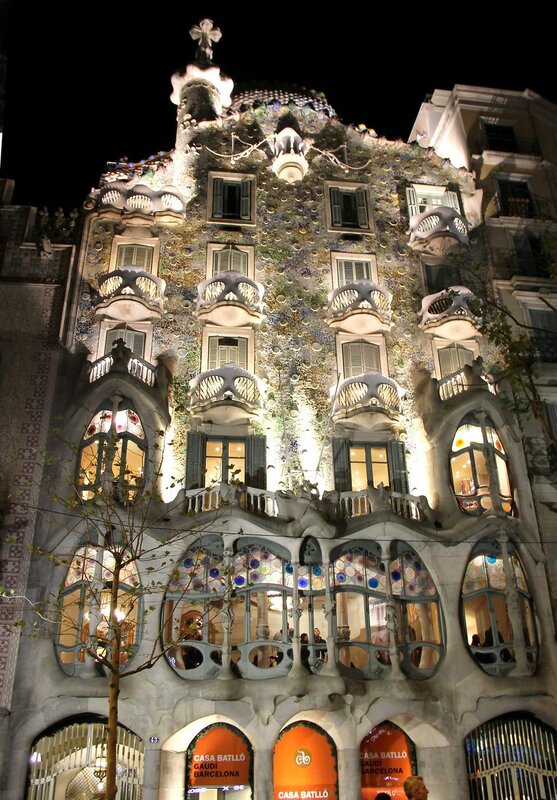 A block further up Gracia, we will see the fashionable hotel majestic, which was opened in 1918. 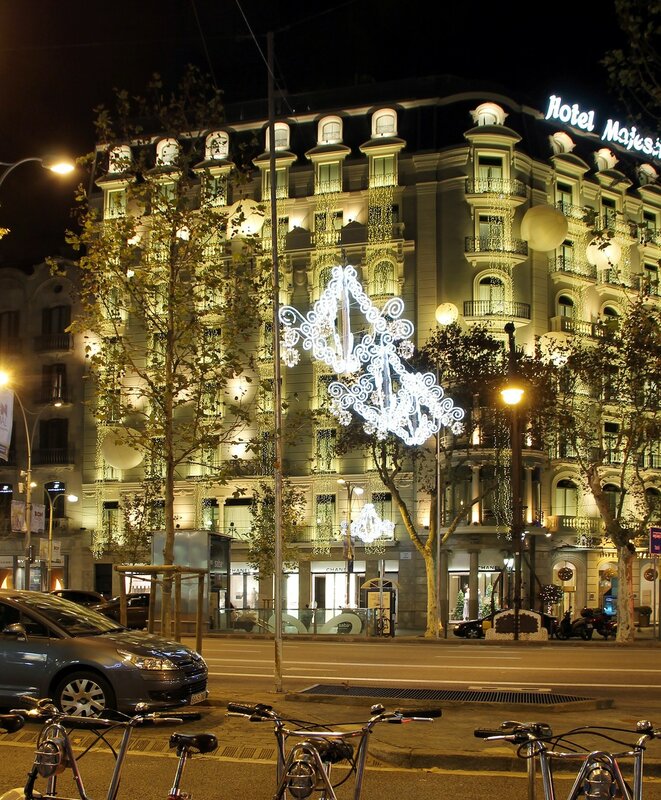 Two blocks later, along the same Boulevard, there is another work by Gaudi - the house of Mila (Casa Mila on the map). 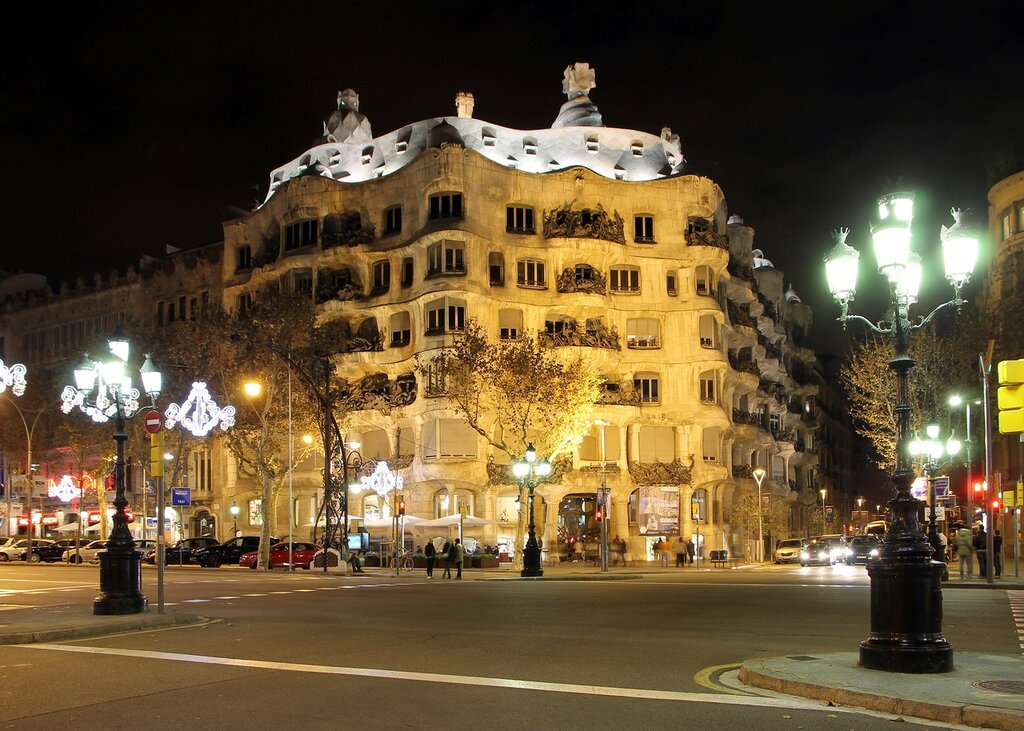 Residents of Barcelona often refer to the building as La Pedrera - "the quarry". 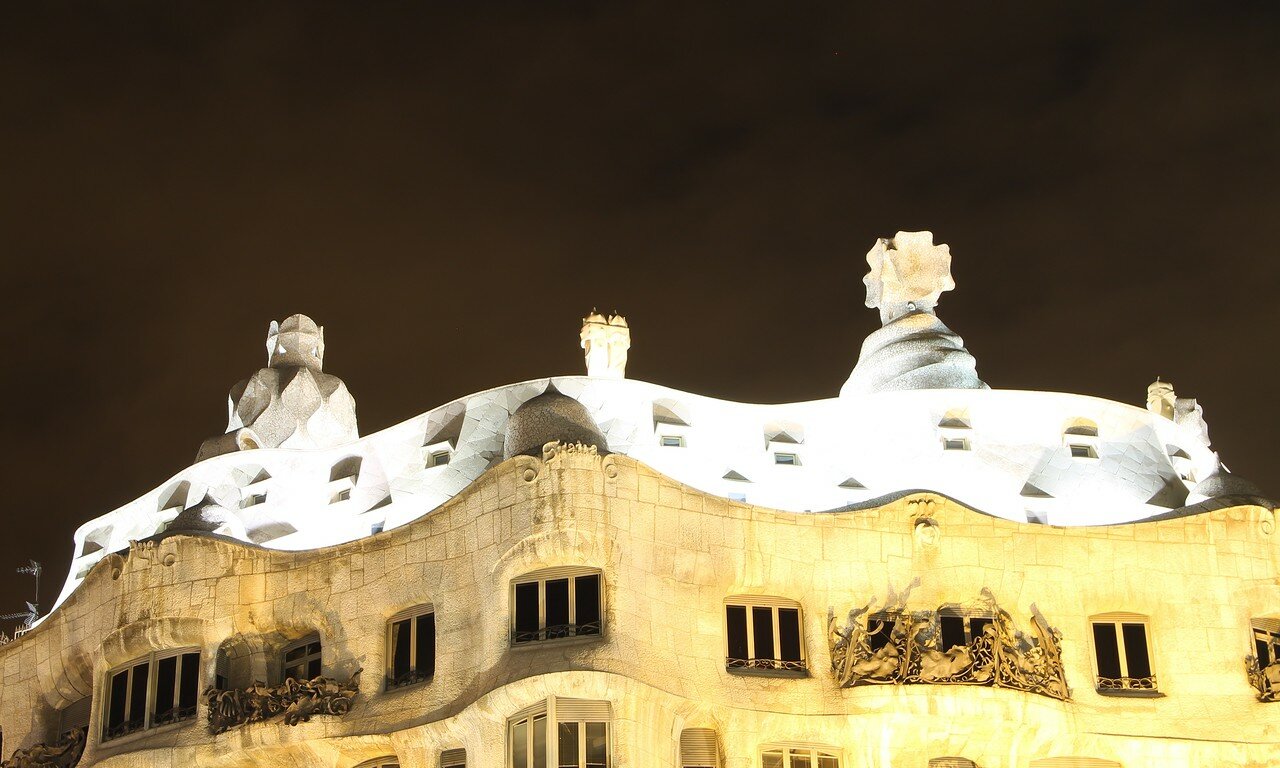 When we reach Diagonal Avenue, we turn to the right, heading towards the Sagrada Familia Cathedral. 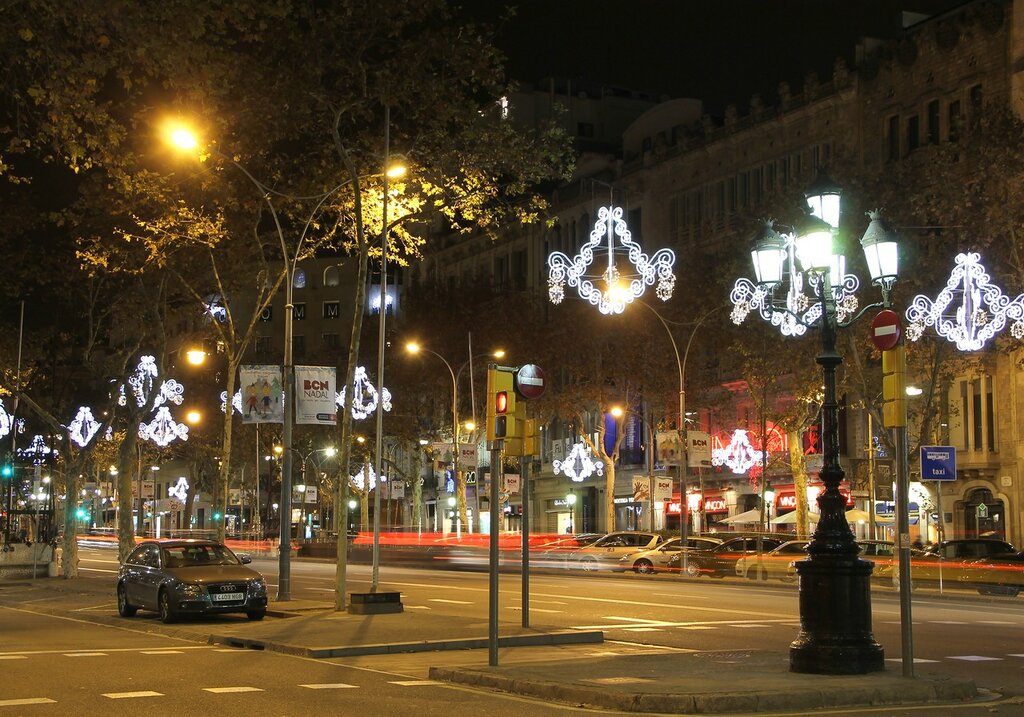 The sculpture is decorated with a drinking spring, opened in 1913 and named Fuente de la Palangana (fountain with basin), by Eduard B. Alentorn. The subject of the sculpture is taken from the life of Alentorn himself. He had an adopted son, a black boy, and his daughter did not believe that this was a natural skin color, and, wanting to know the real one, tried to wash it off. The Barcelona's locals call this fountain "Negrito". 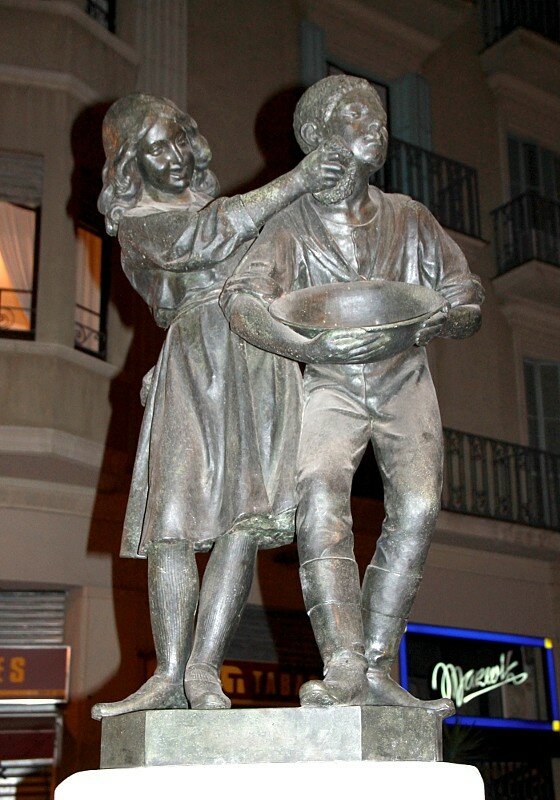 Another water-collecting column decorated with sculpture. 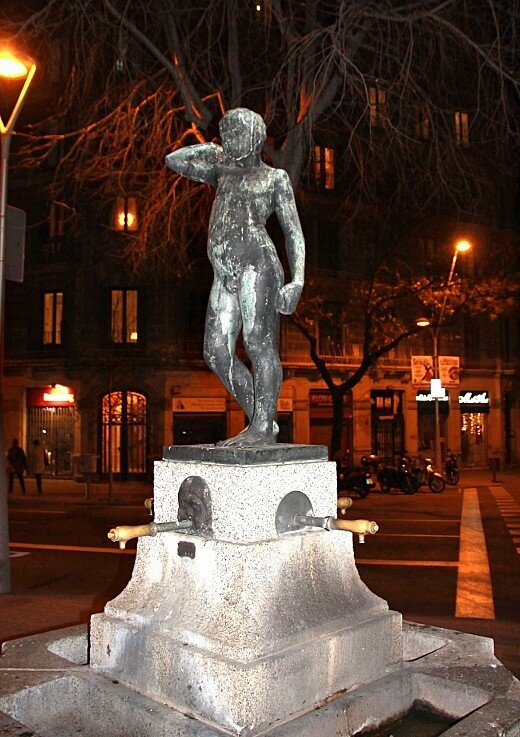 Getinto the monument to Verdaguer, Catalan poet of the late 19th century. 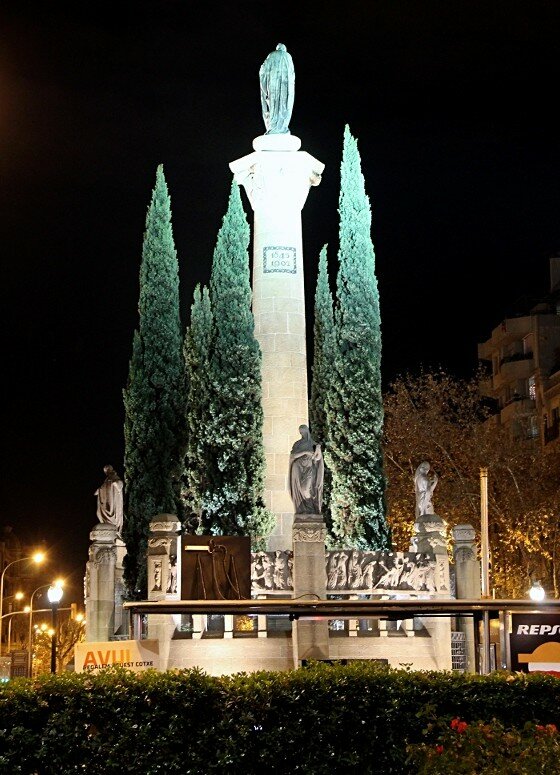 "Owl of the Roura" (Mussol dels Roura), an advertising sign of the company Rótulos Roura, established in 1970. When the city of Barcelona took over the task of removing old billboards from buildings in 2004, the public took up the challenge. The municipal improvement Commission recognized the owl as an element of a comfortable urban environment and left it on the roof of the iron building on Verdauger square. In 2011, led lamps were installed in the owl's eyes. Rótulos Roura was founded in 1930 and specializes in the development of corporate identity and visual advertising. In the seventies the firm's office was four blocks away from this place. Now it is named Roura & Cevasa and its head office is located in Madrid. 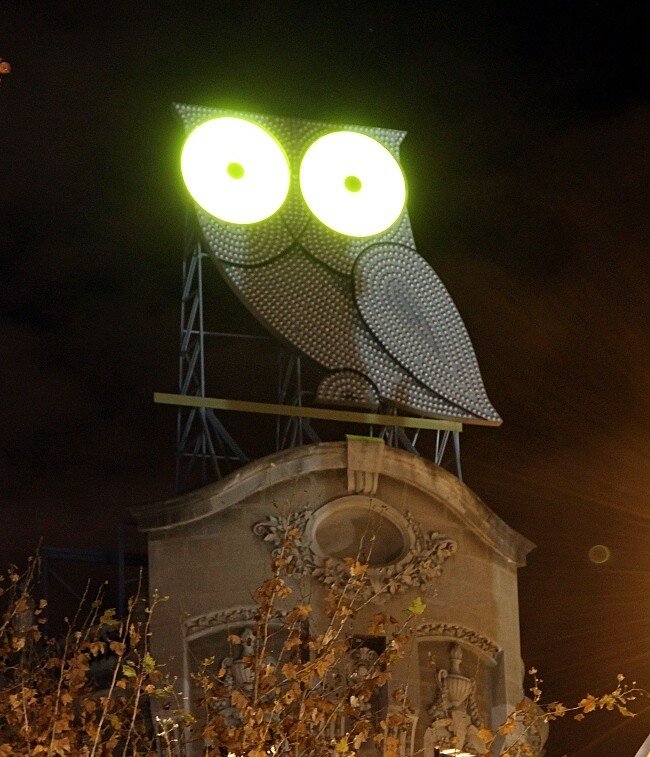 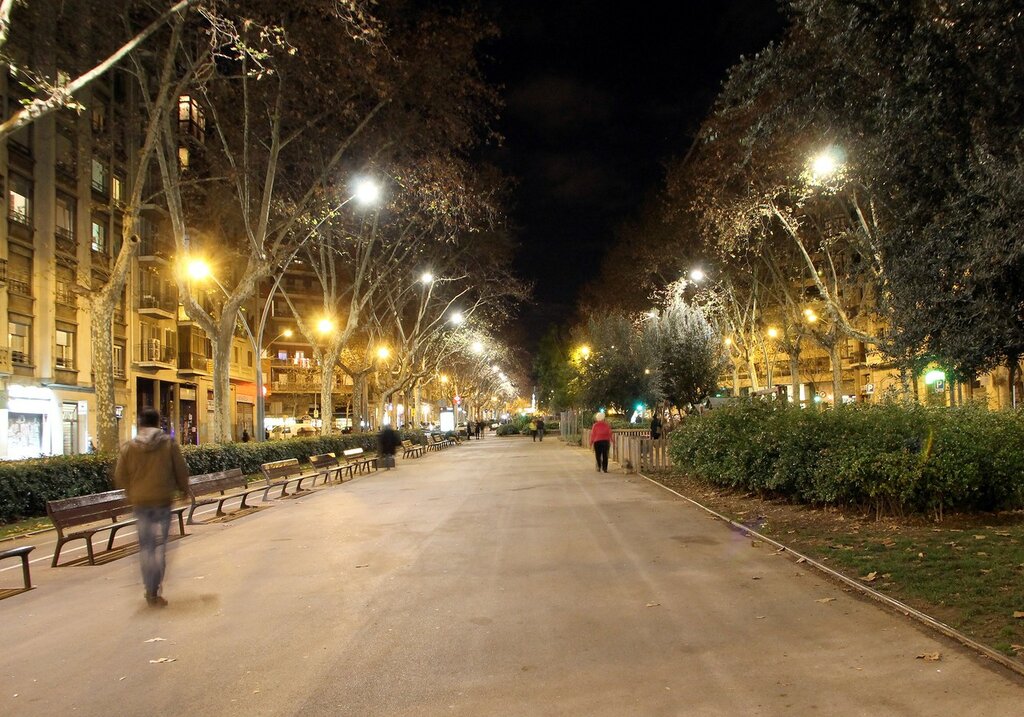