In 1961, Ramon de Montaner y Vila and Francesc Simon y Font founded a printing house specializing in the publication of classic and rare works in Spanish. In October 1879, Francesc Simon bought two plots on the street Arago (Carrer d'aragó on the map) with a total area of 1078 square meters. Two months later, a young architect, Lluís Domènech I Montaner, was asked to design a new building for the publishing house. Domenech was well known to the partners - he was a relative of Ramon de Montaner, and already had experience of building a summer country house for Francesc Simon. This was Domenech's first major job, which, as we can see, he did very well. A student of Gaudi, he became famous as the author of numerous Catalan art Nouveau buildings in Reus. In March 1880, the original project was completed and the publishers received permission from the city administration to build a two-story building with a basement. Construction works were carried out in 1881-1885, another year was spent on equipping the printing house with equipment. 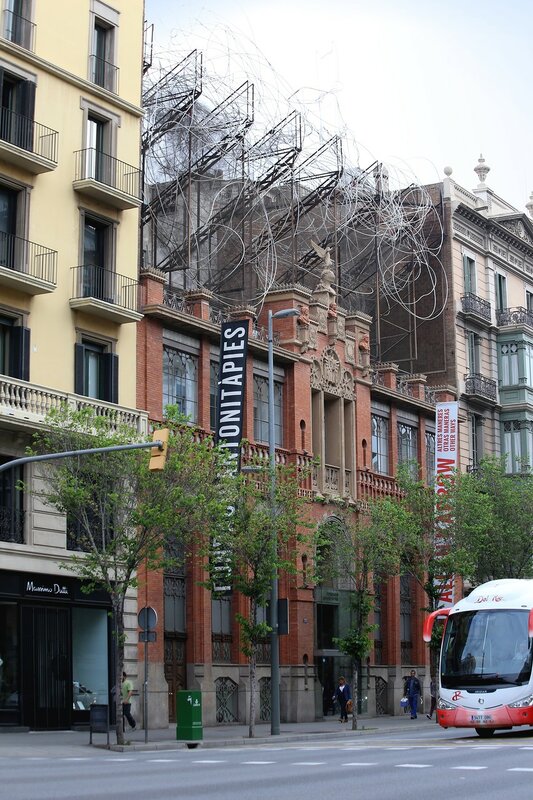 This building was the first experience of using metal load-bearing structures in a brick civil architecture building in Barcelona. Previously, this technology was used only for the construction of factory workshops. Lightweight and durable metal structures allow you to block large spaces without additional supports. An important element of the design is glass, large Windows give natural light, and curly frames give the printing house the appearance of a rich mansion. The facade is slightly different from the original design, the architect made changes in 1879, already during construction - instead of the column of the second floor, large Windows were made. 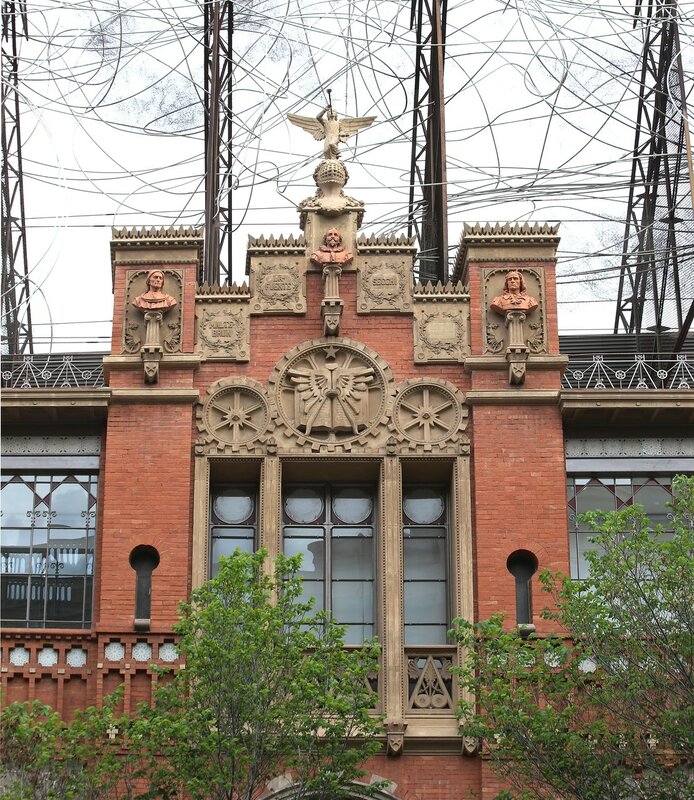 Printing production was located in the basement, which is a single space, without partitions.The Central part was occupied by printing machines, on the sides - equipment for cutting paper and binding machines. One of the side doors led directly into the printing shop. Through it, rolls of paper entered the printing house. The first floor did not cover the entire area of the building; it was a wide gallery around the perimeter of the printing shop. There was a warehouse for finished products, packaging, and a delivery service. Finished products were taken out through the second side door. Through the main entrance, visitors climbed a cast-iron staircase directly to the second floor, where the offices were located. This floor is supported by cast-iron columns and is divided into separate rooms by glass partitions. 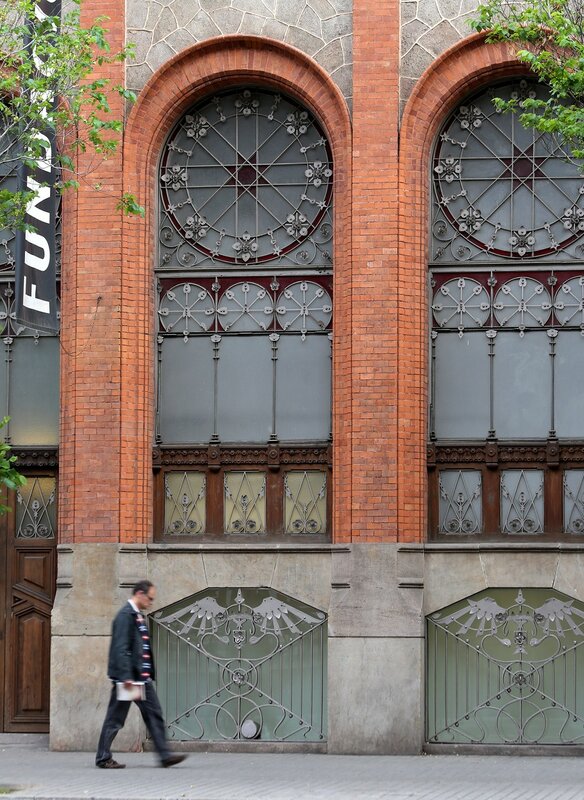 The facade is crowned by an angel with a trumpet, according to the architect's plan, announcing the release of a new book. The knight's helmet symbolizes the glorious past of Catalonia. The pediment is decorated with terracotta busts of Dante, Cervantes and Milton, the publishing house published books of these classics. Four square boards are inscribed with the names of authors who used printing technology to publish their research: Malte-Brun, Lafuente , Secchi, the fourth Board was lost at the beginning of the 20th century. Below, the bas-reliefs depict three gears, symbols of the industrial era. On the Central wheel is an open book indicating the purpose of the building and the wings of an eagle with a star-a symbol of enterprise. The building was included in the list of national cultural heritage in 1977. 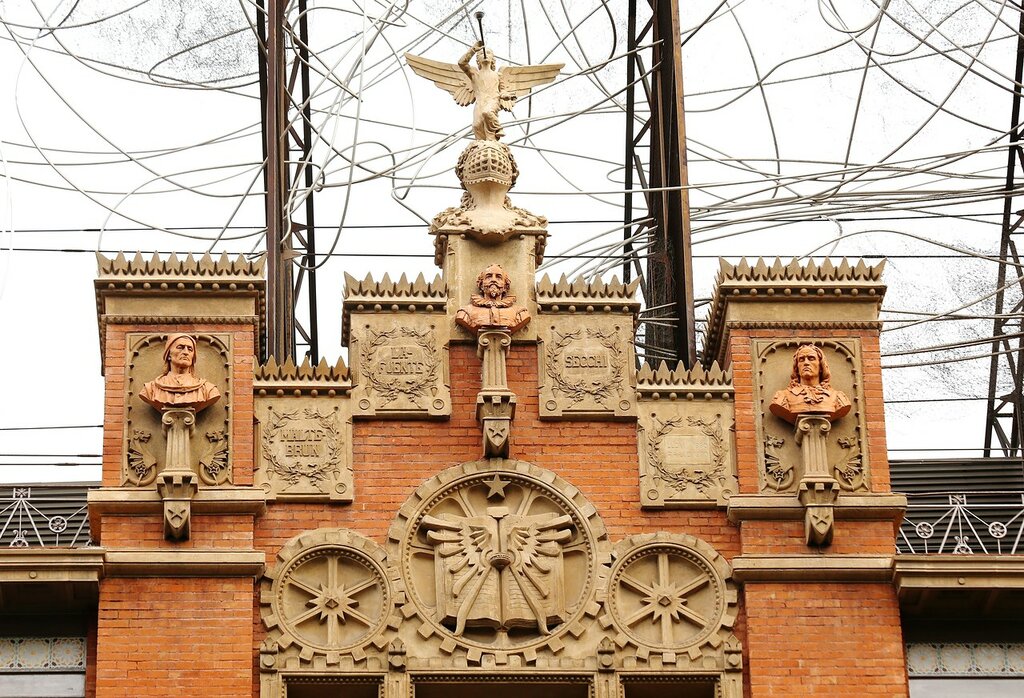 In 1952, the printing house was bought out by Spanish-American publisher Jose Maria Gonzalez Porto, and worked until 1981. By that time, the equipment was completely outdated and the small production could not stand the competition with modern printing factories. In 1987, the city Council gave the building to the Antoni Tapies cultural center (Fundació Antoni Tàpies), after which the architects Rosero Amado y Cercoso and Luiso Domenche y Girbau adapted the former printing house for an art gallery. 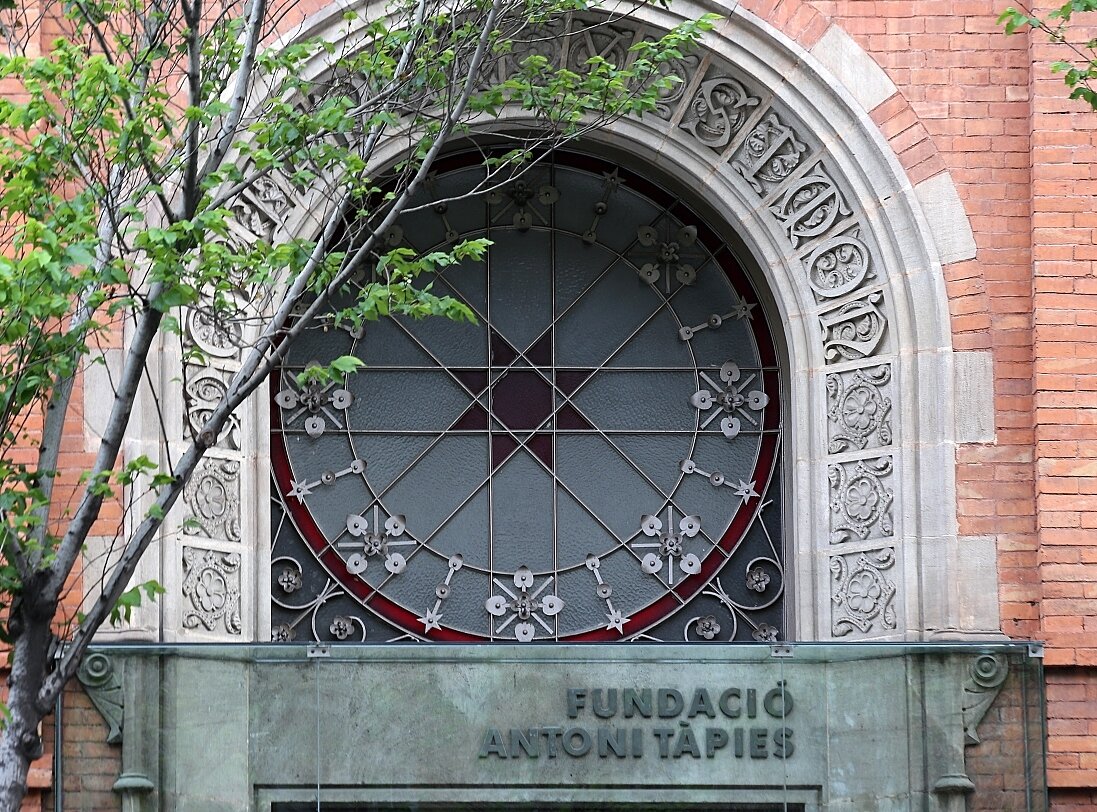