In the north-eastern part of the Citadel Park is its main decoration-a fountain in the neoclassical style, called The Gran Cascada or The Cascada Monumental (on the map). 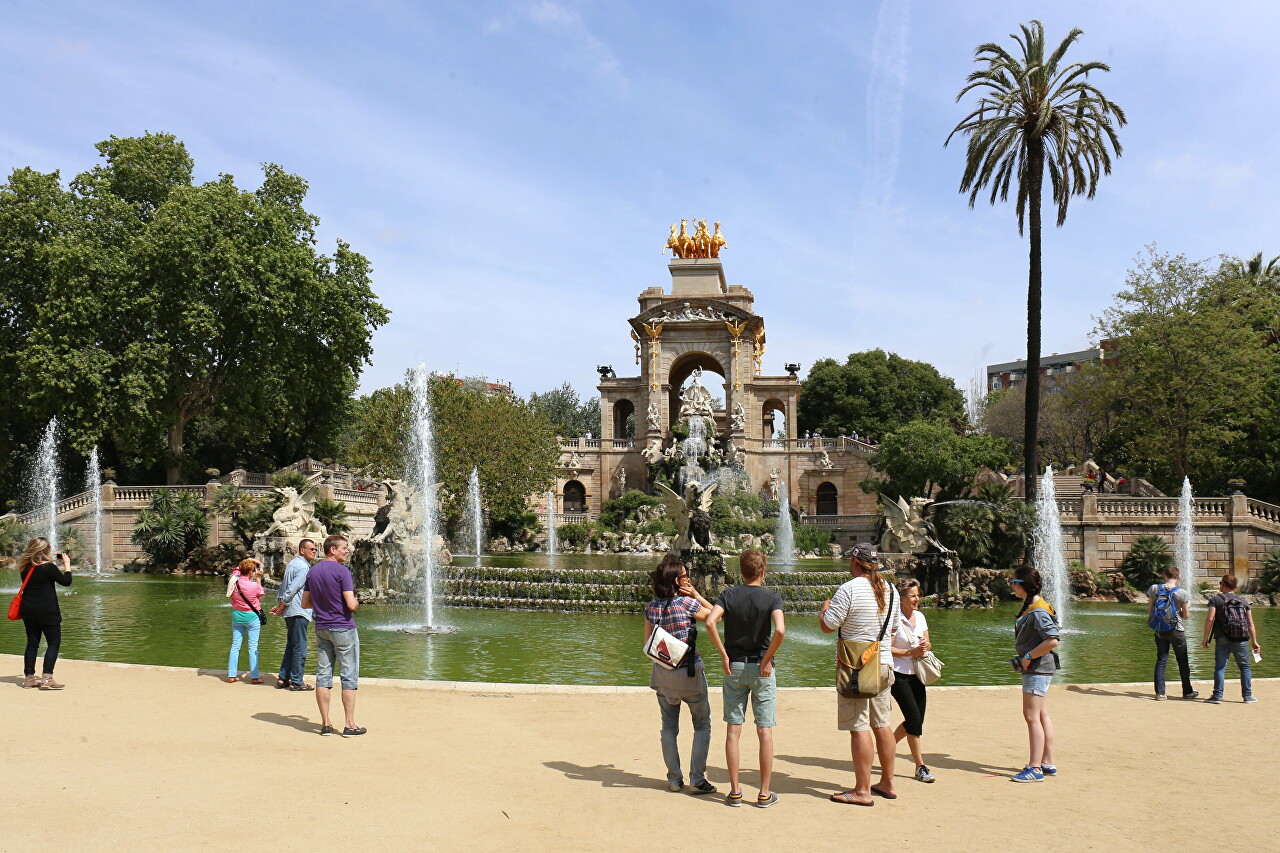 Work on the fountain began ten years before its opening, in 1878. The construction of this remarkable monument of architecture and sculpture was carried out in preparation for the International Exhibition of 1888. 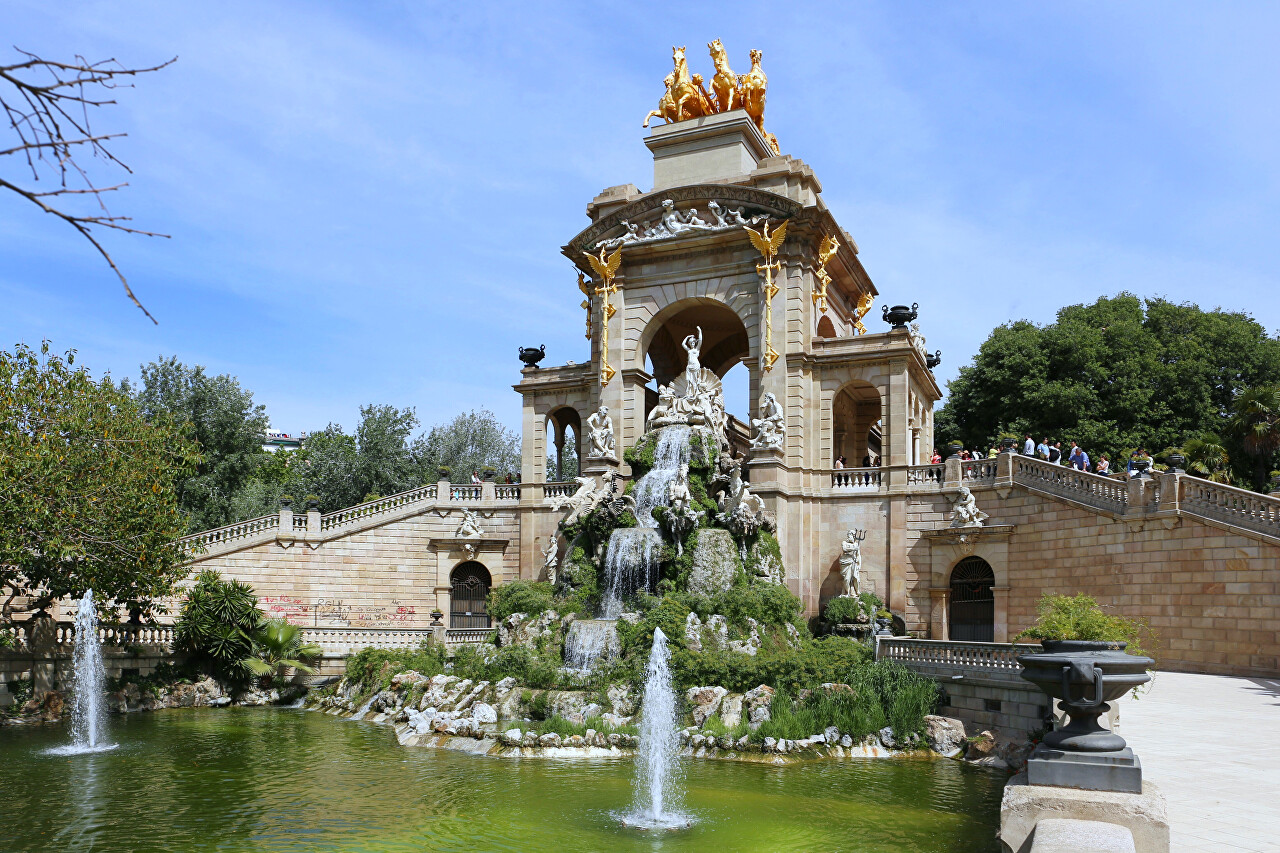 Like the park itself, the Cascade is the creation of architect Josep Fontsere. The author was inspired by the Trevi Fountain in Rome. 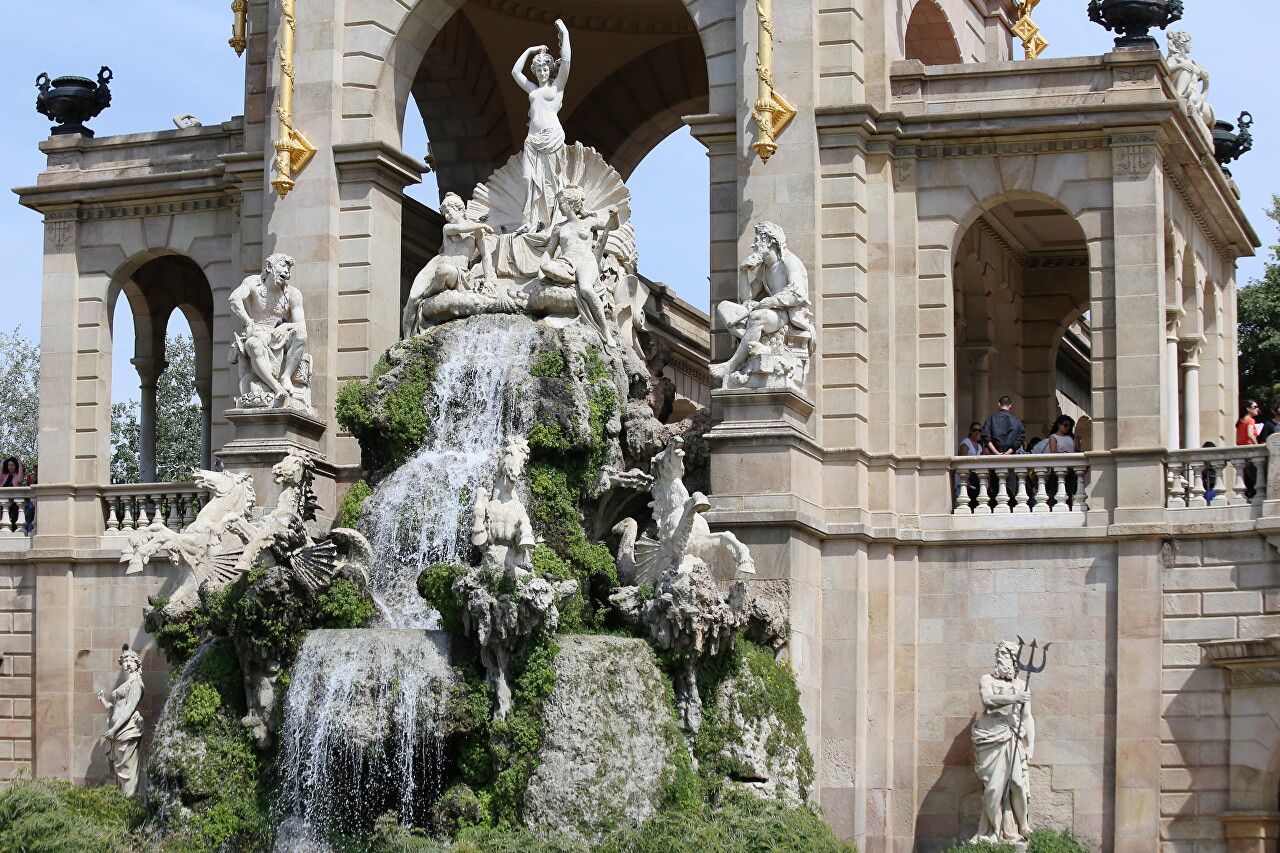 The Grand Cascade was officially opened on July 12, 1881, although work continued almost until the exhibition of 1888. 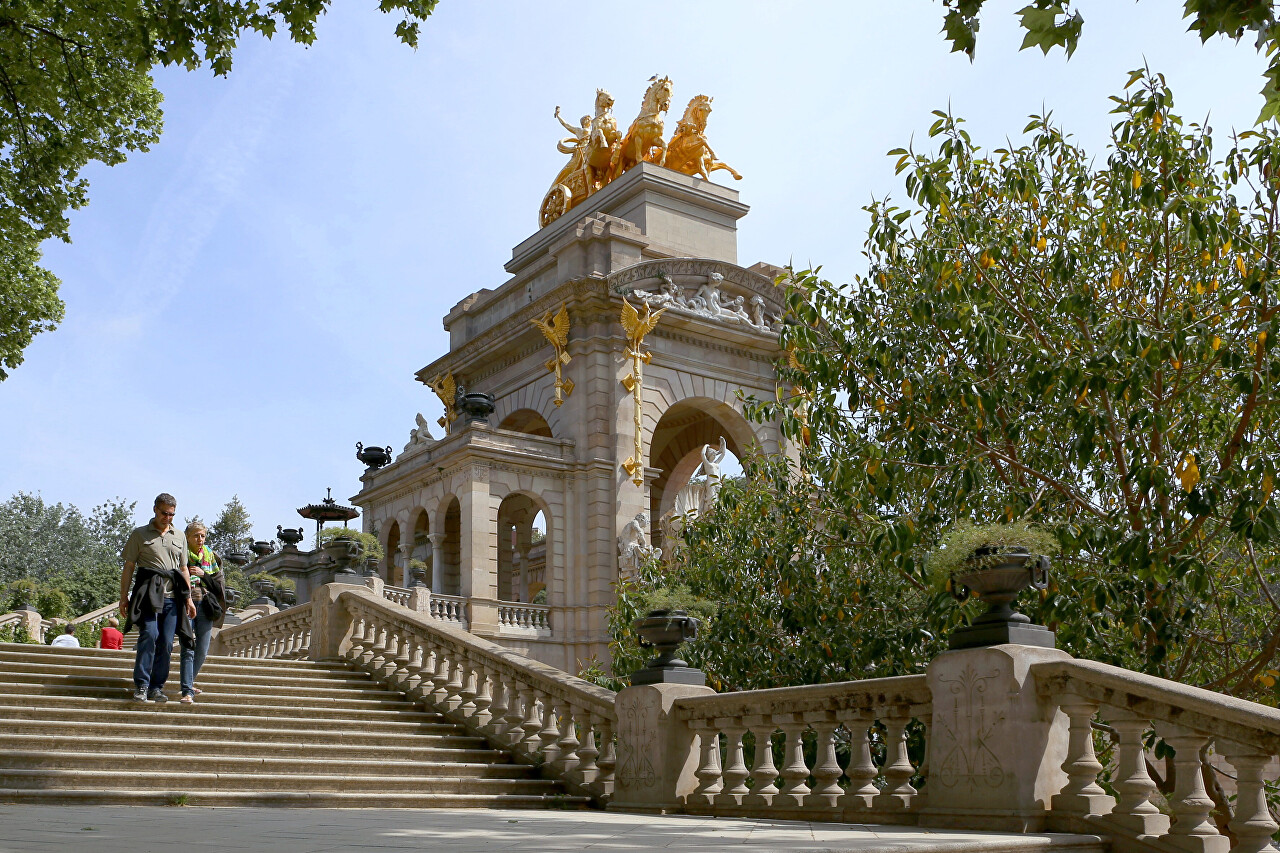 The central sculptural group of the fountain is "the birth of Venus". 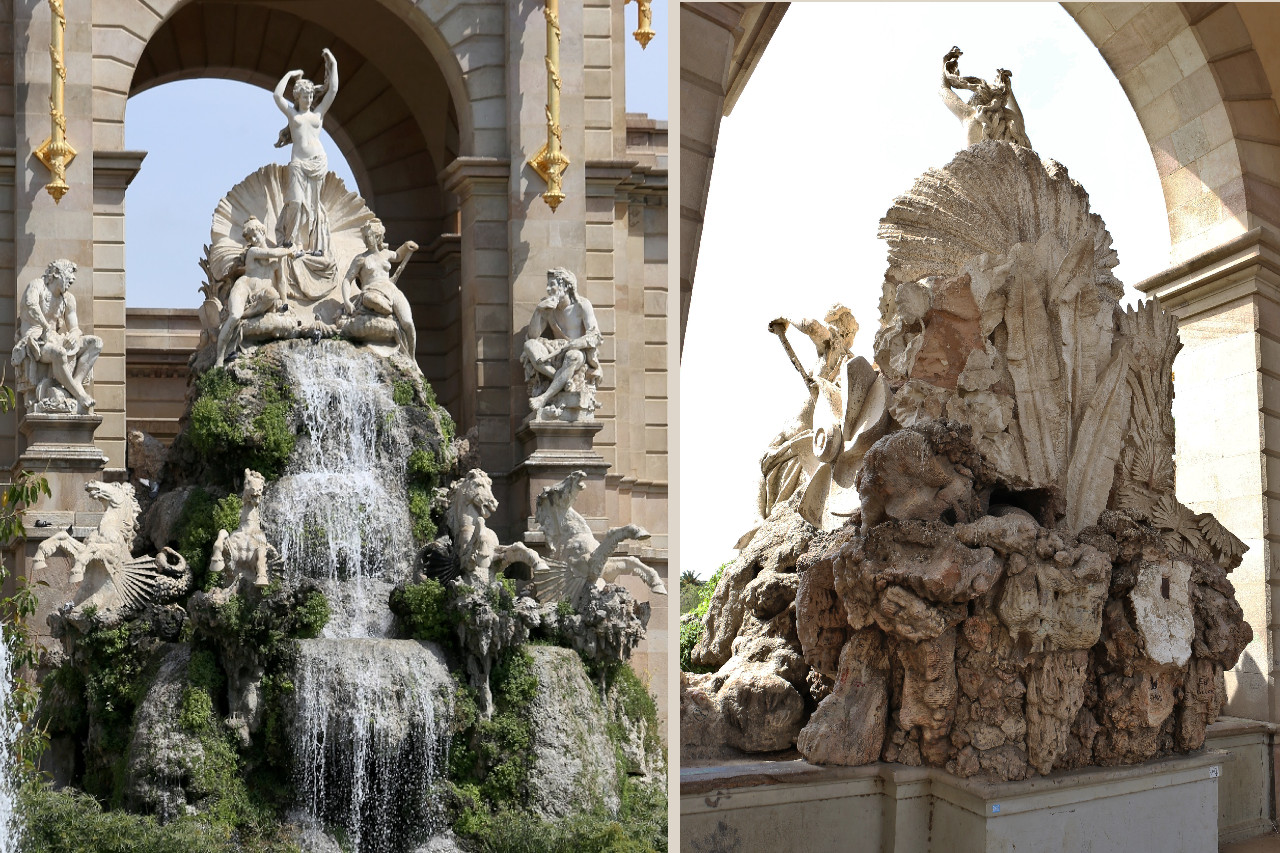 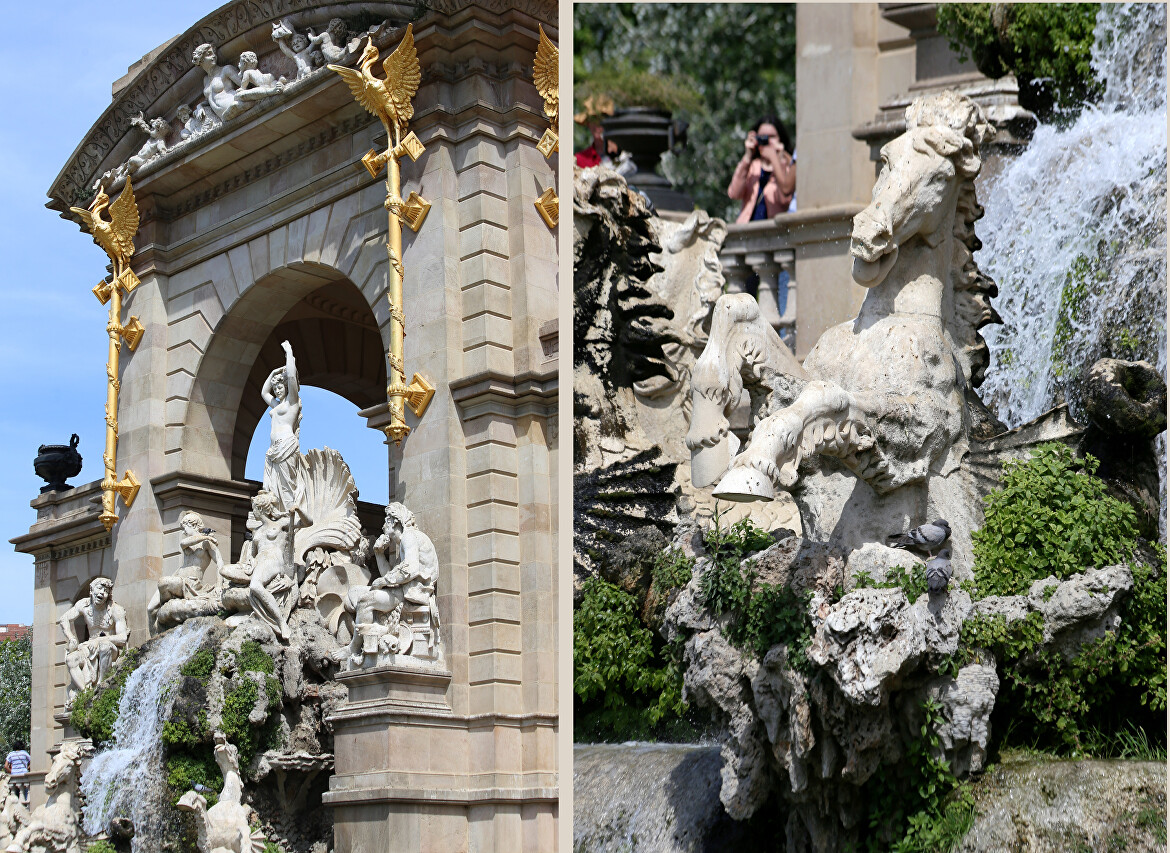 Venus rises from the shell surrounded by Naiads. The sculpture is made of white marble, like other sculptures. 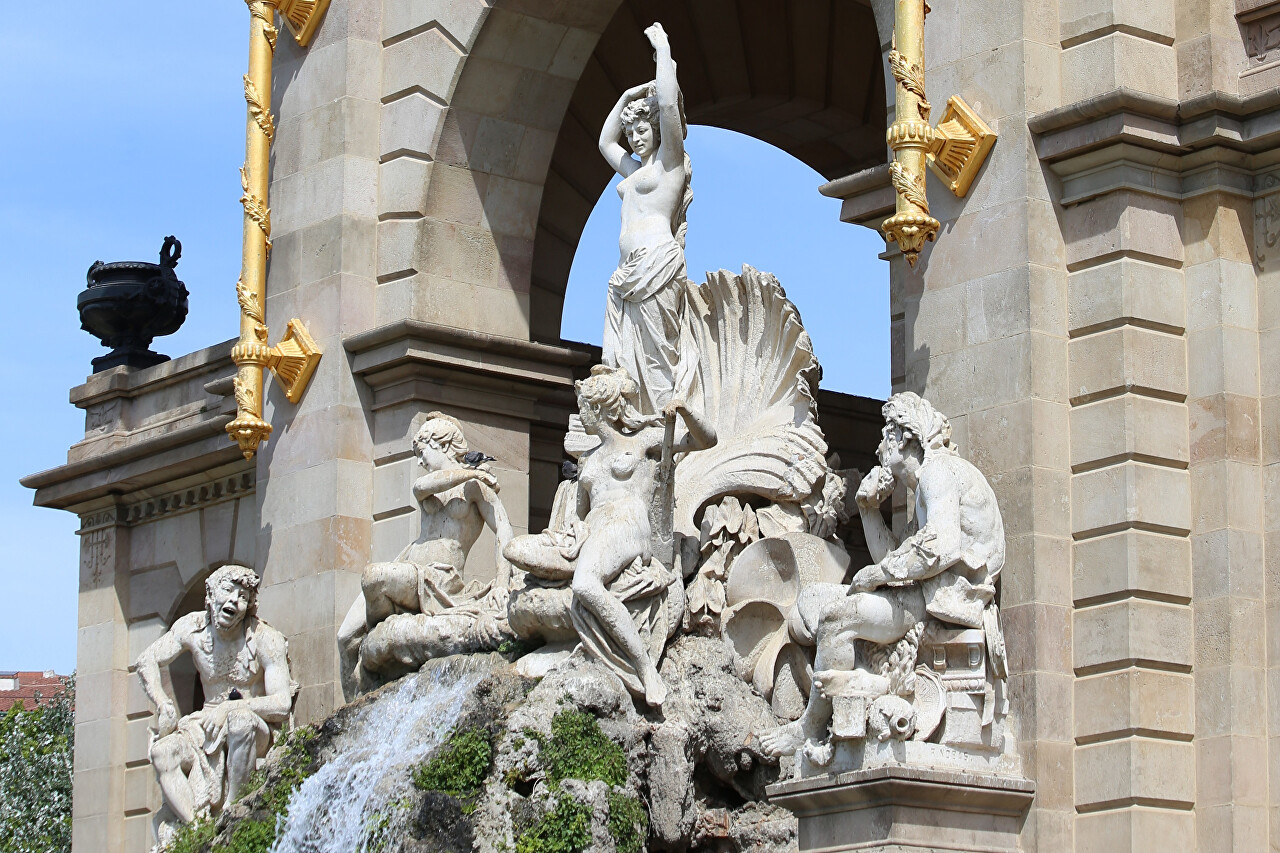 The pediment of the arch is again decorated with a sculpture of Venus surrounded by deities called "putti". This image differs from the usual angel "unarmed", the lack of a bow and arrow. 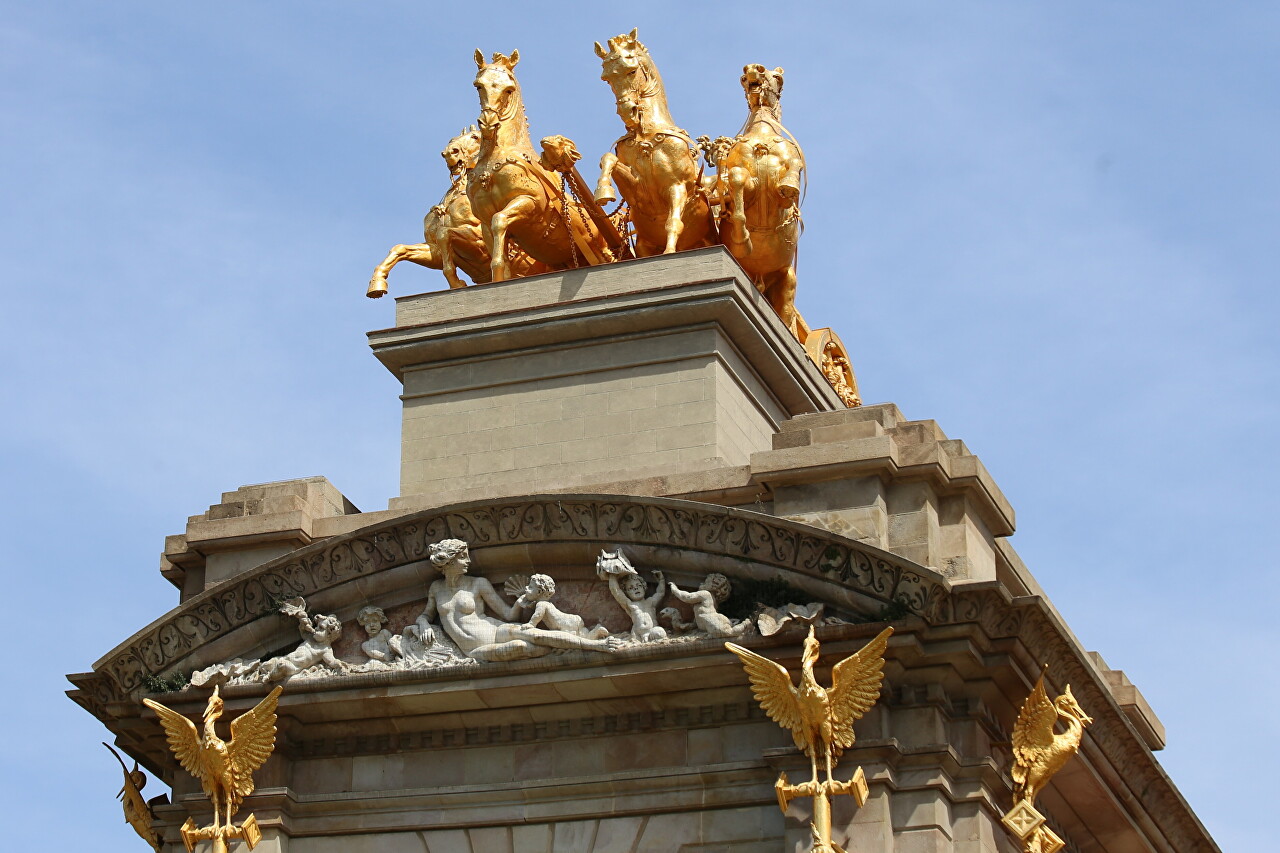 Francesc Pagès i Serratosa worked on these sculptures. 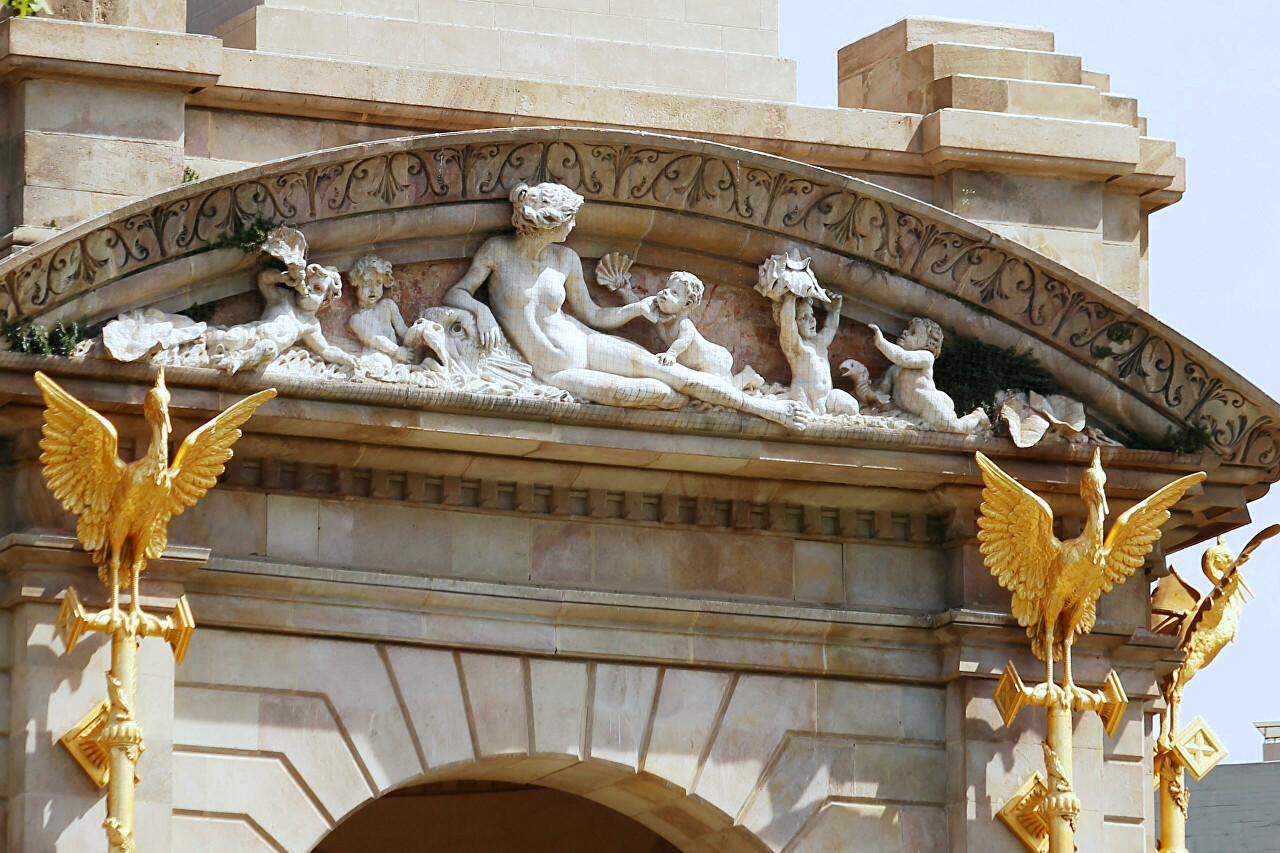 The corners of the side arches are crowned with cast-iron vases, between them sculptures: Leda's work (right arch, sculptor Manel Fuchs) and Danae (left, work of Joan Flotats). 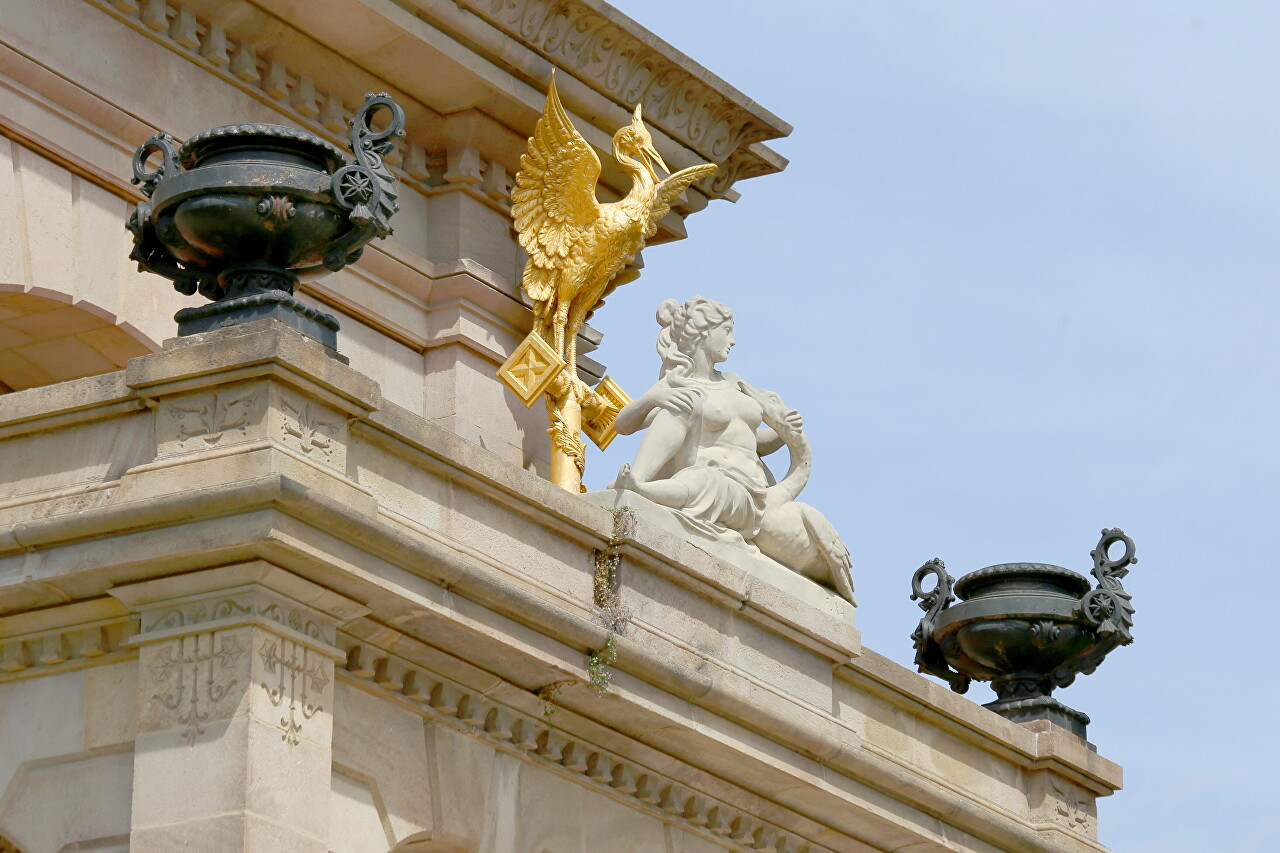 Acre is crowned by Aurora's Chariot, a quadriga drawn by four horses. In his right hand is a torch, a symbol of light that illuminates the world every morning. 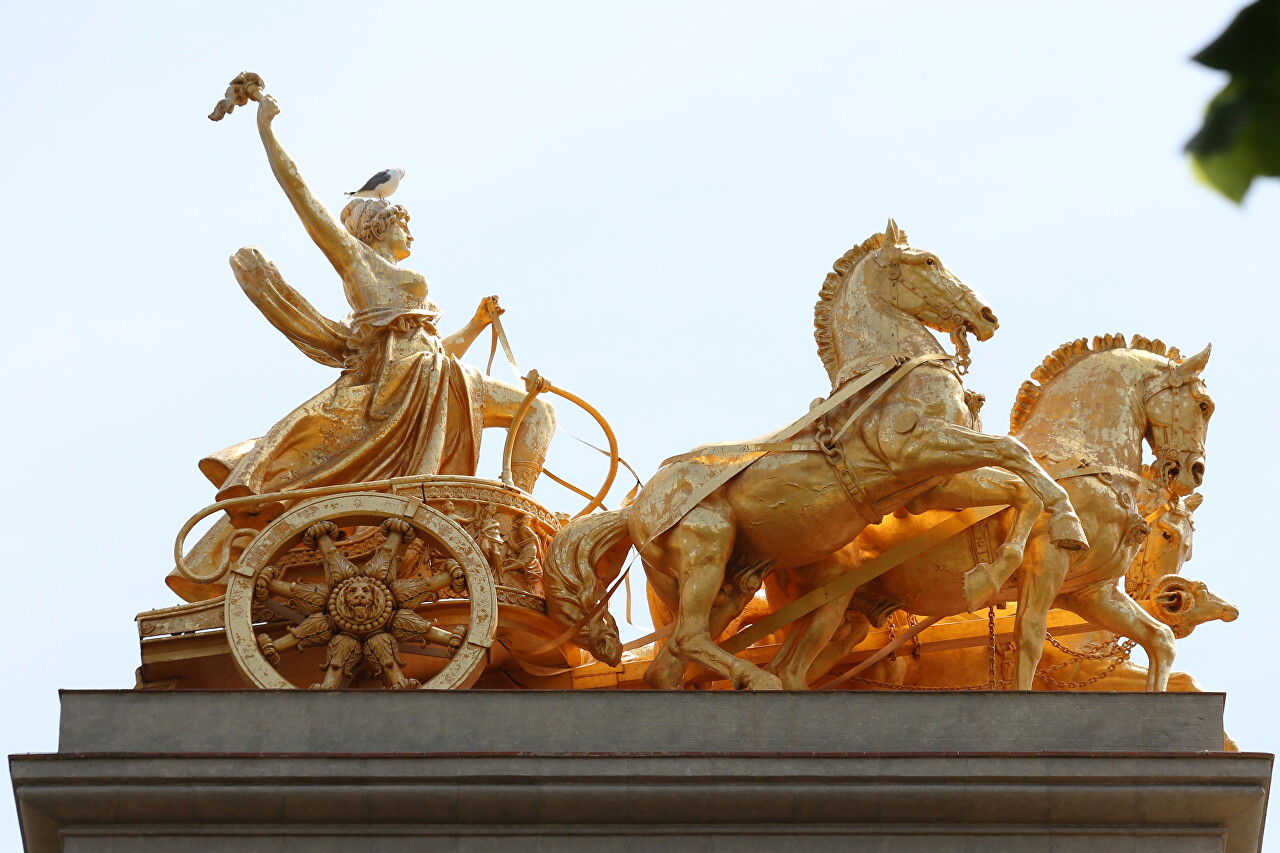 Sculptor Rossend Nobas has been working on the chariot since 1883. 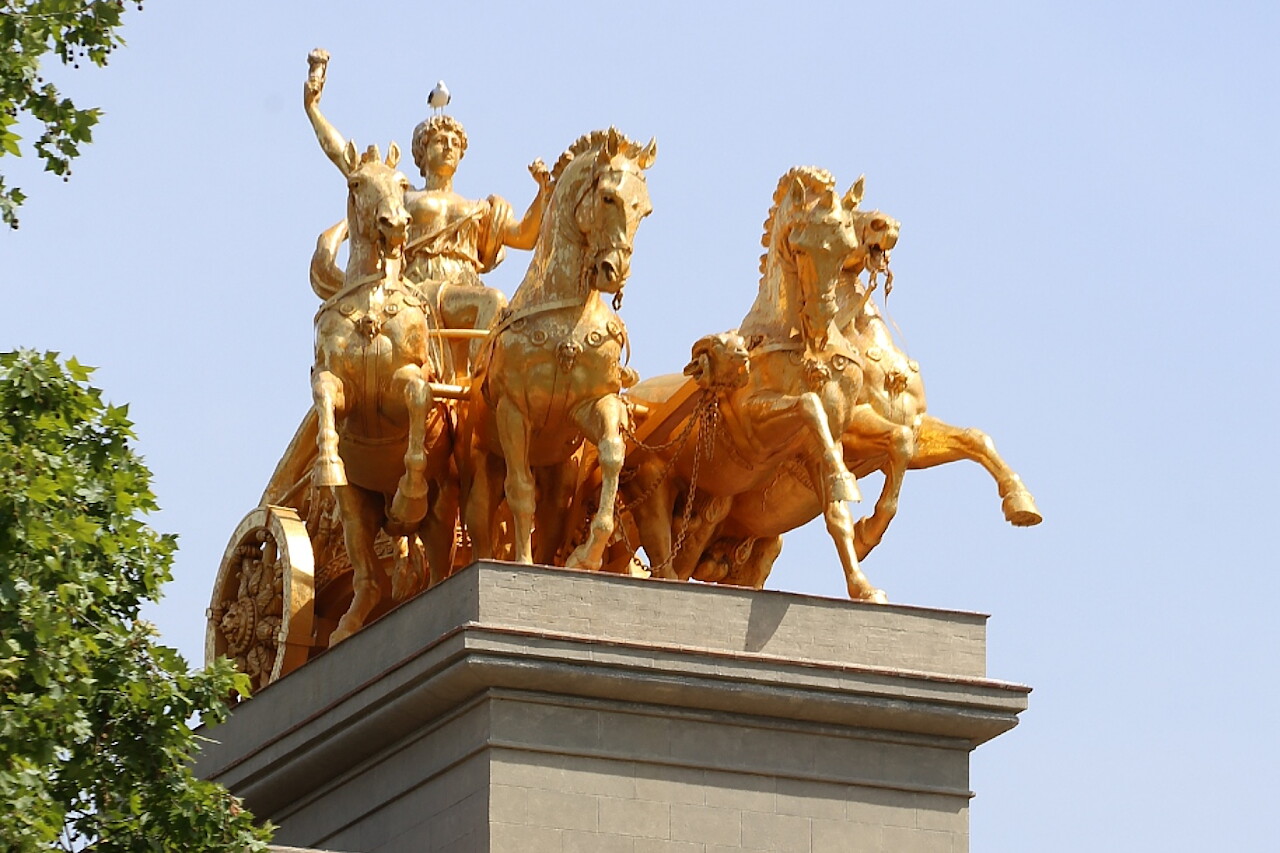 In the final version, the sculpture weighed about 30 tons, which required strengthening the arch structure. 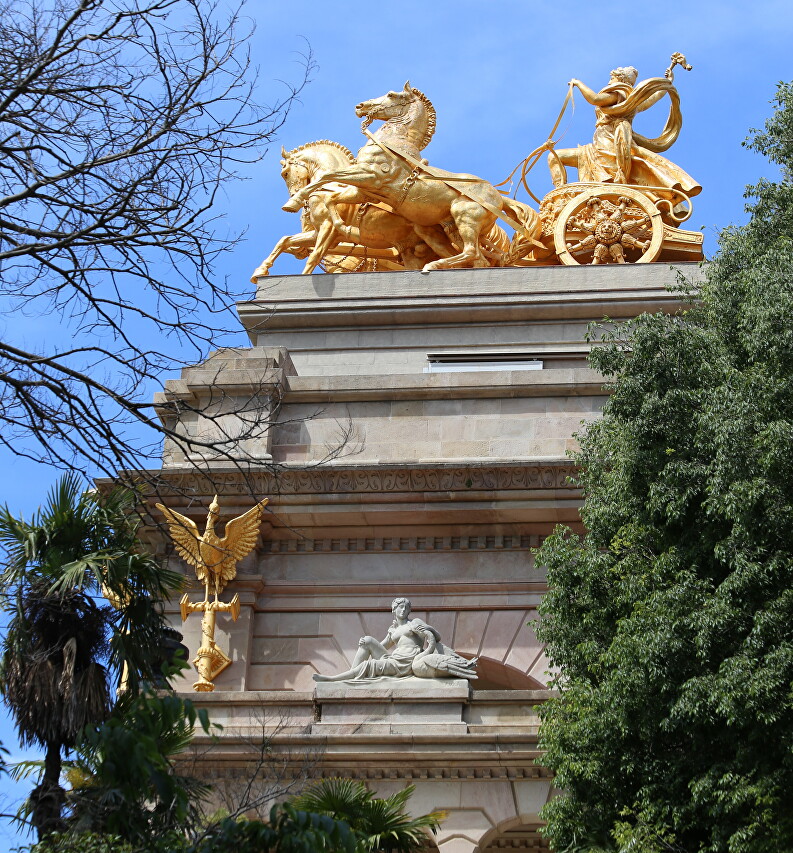 The goddess of dawn was placed over the cascade in 1888. 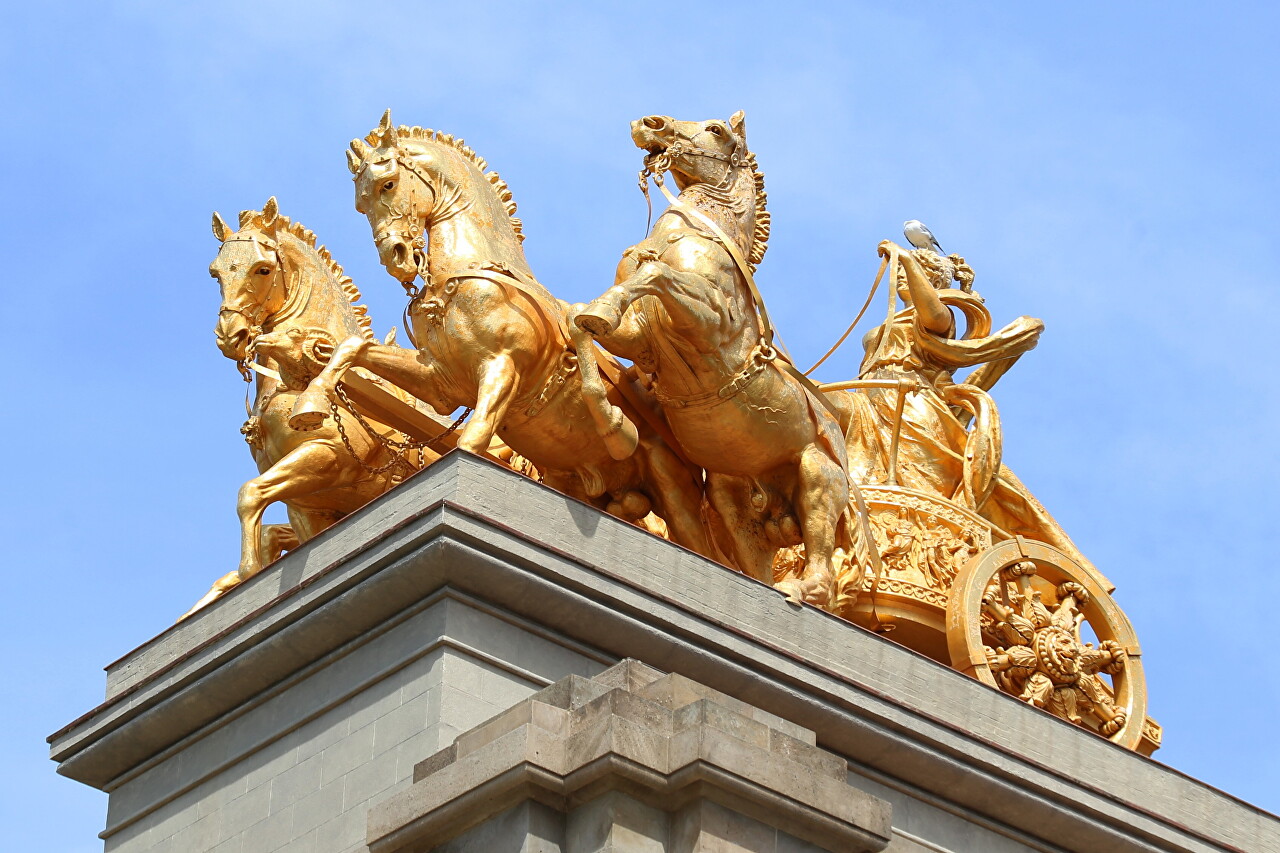 The idea of a two-level pool is borrowed by Fontseret (which he did not hide) from the fountain of the Longchamp Palace in Marseille, by Henri Esperandou. 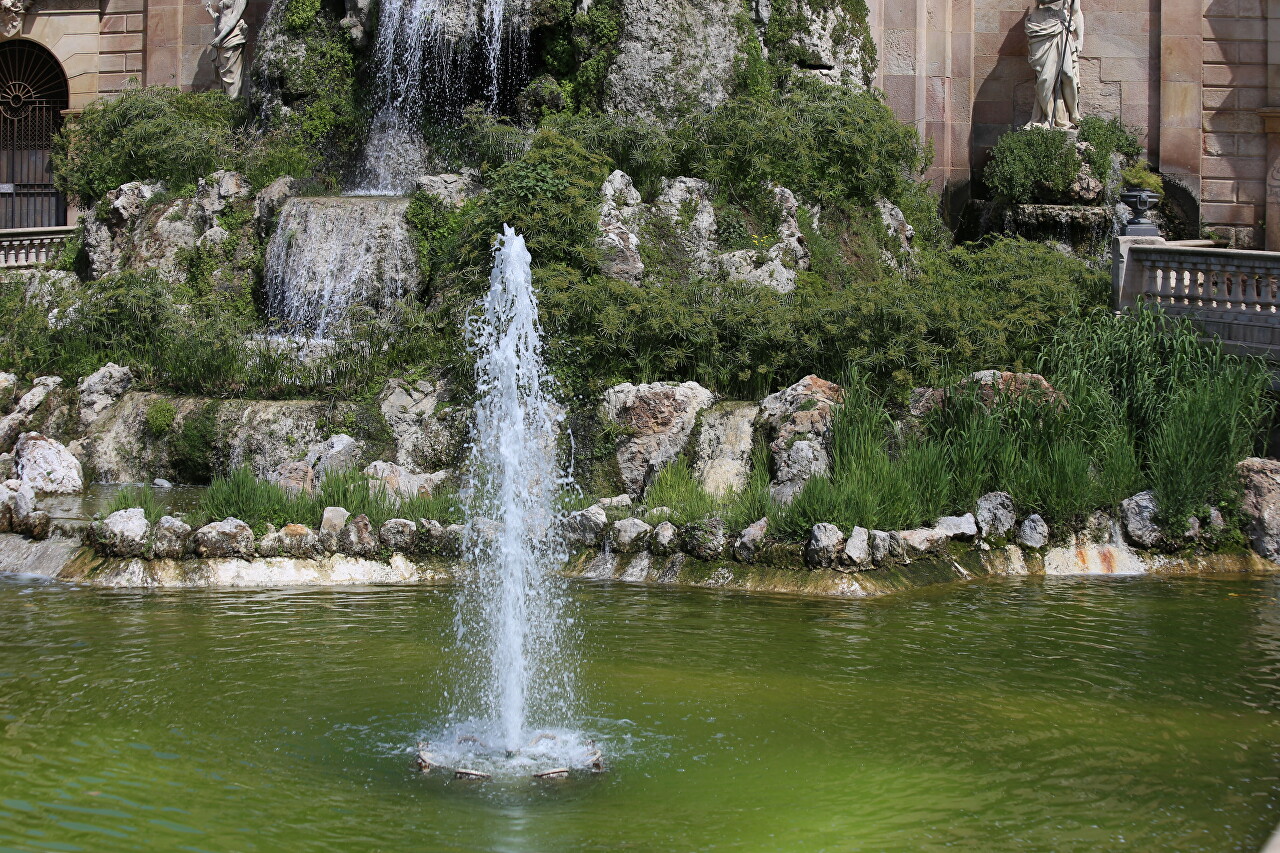 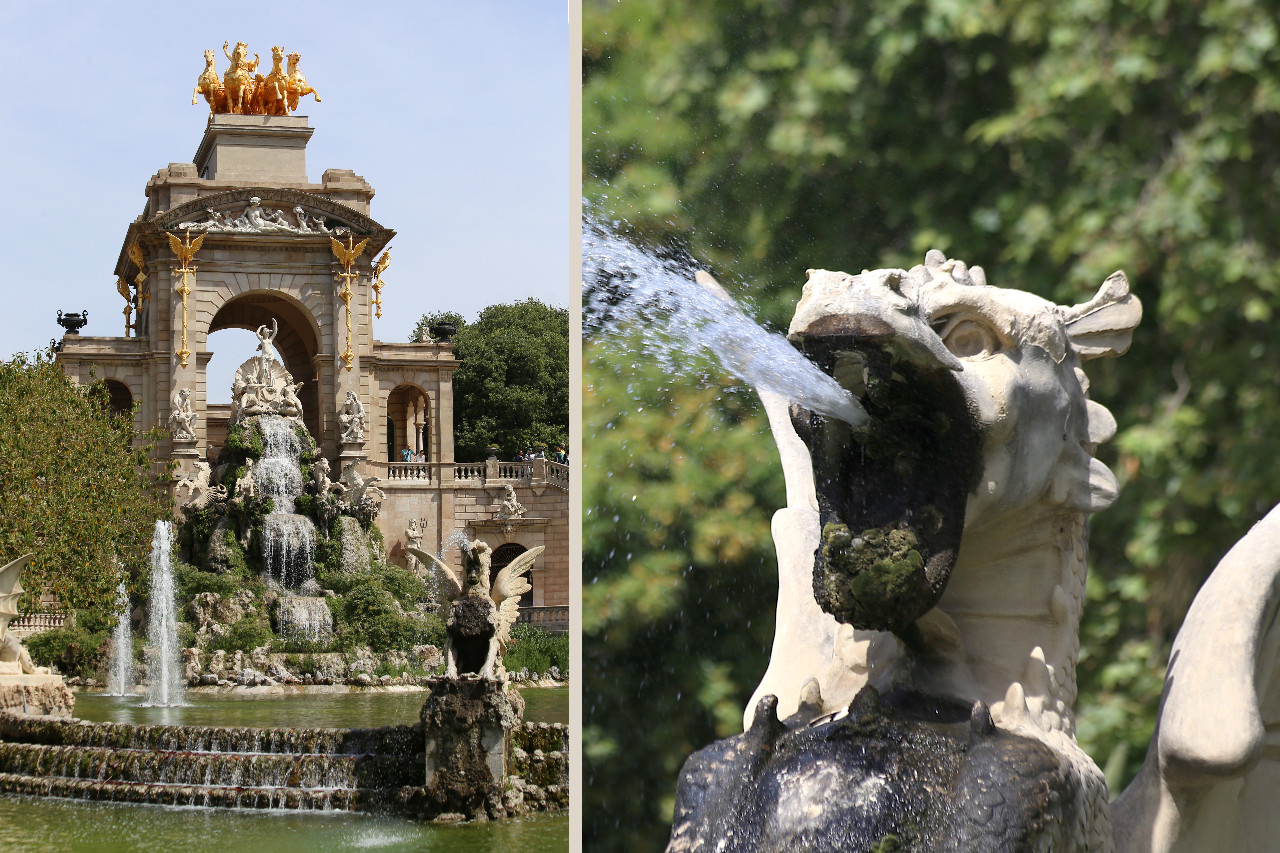 There are four griffons in total, and despite their apparent identity, each has its own characteristics. 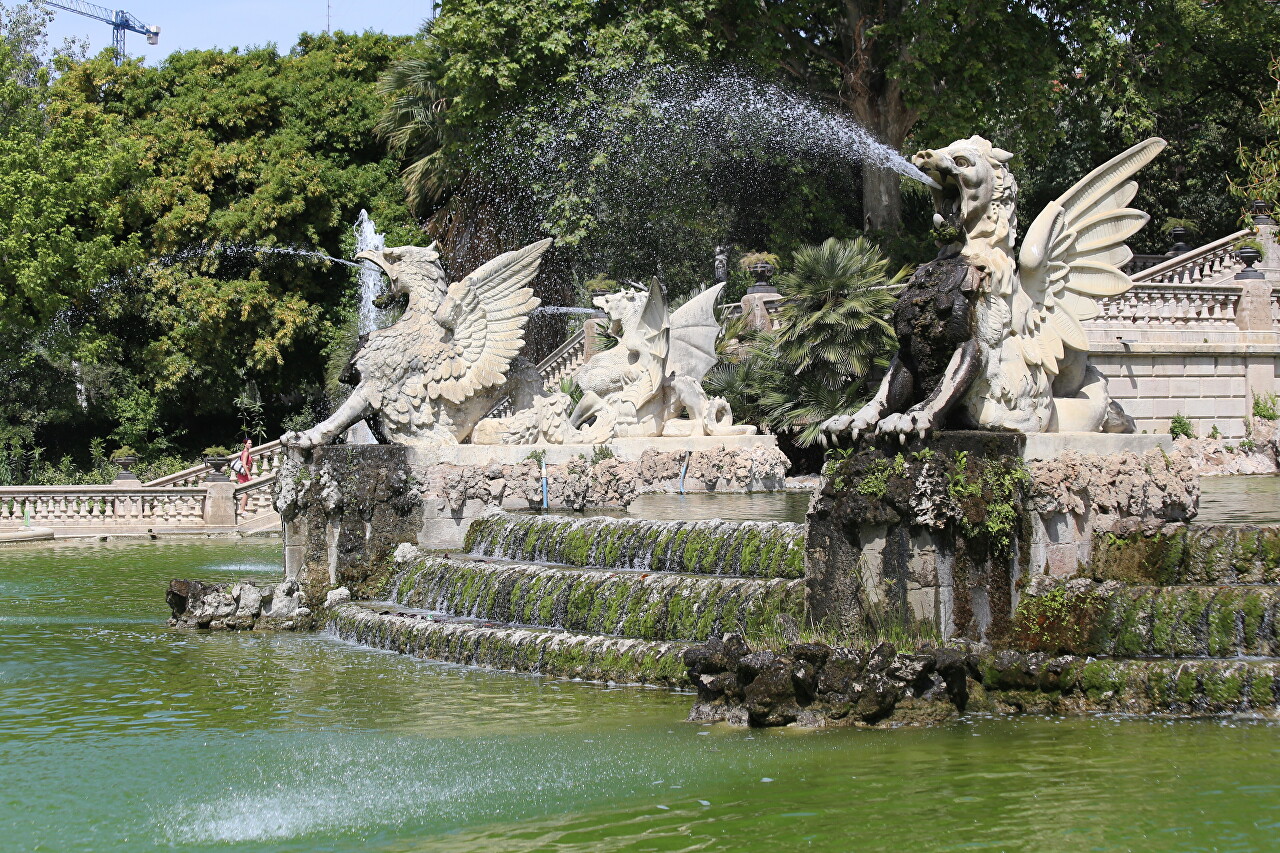 One of the animals is an eagle with a lion's head, the other three lions have different wings - one is webbed like a bat, the second is covered with scales, the third has feathers. These elements can be considered as early manifestations of the Art Nouveau style. 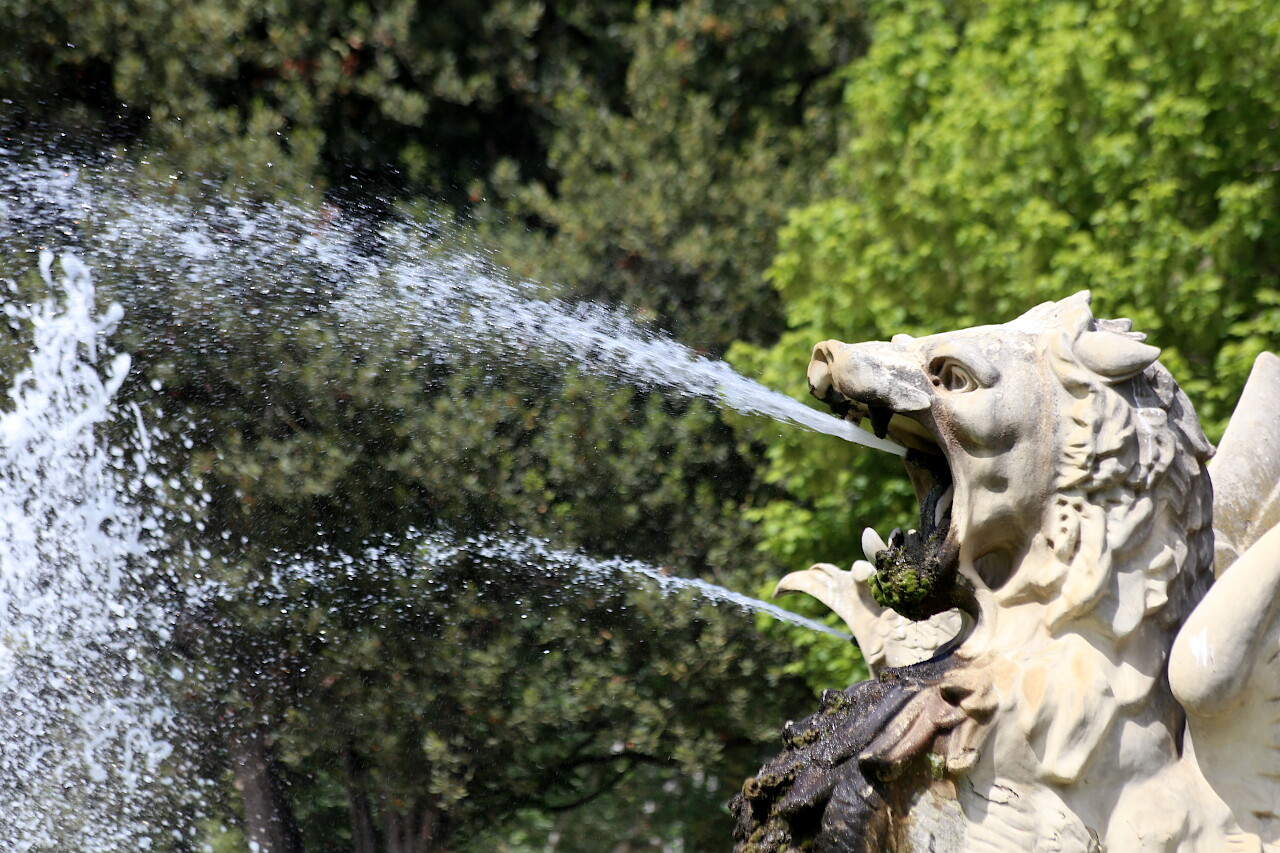 The pools are spanned by two wide staircases that resemble crab claws in plan. 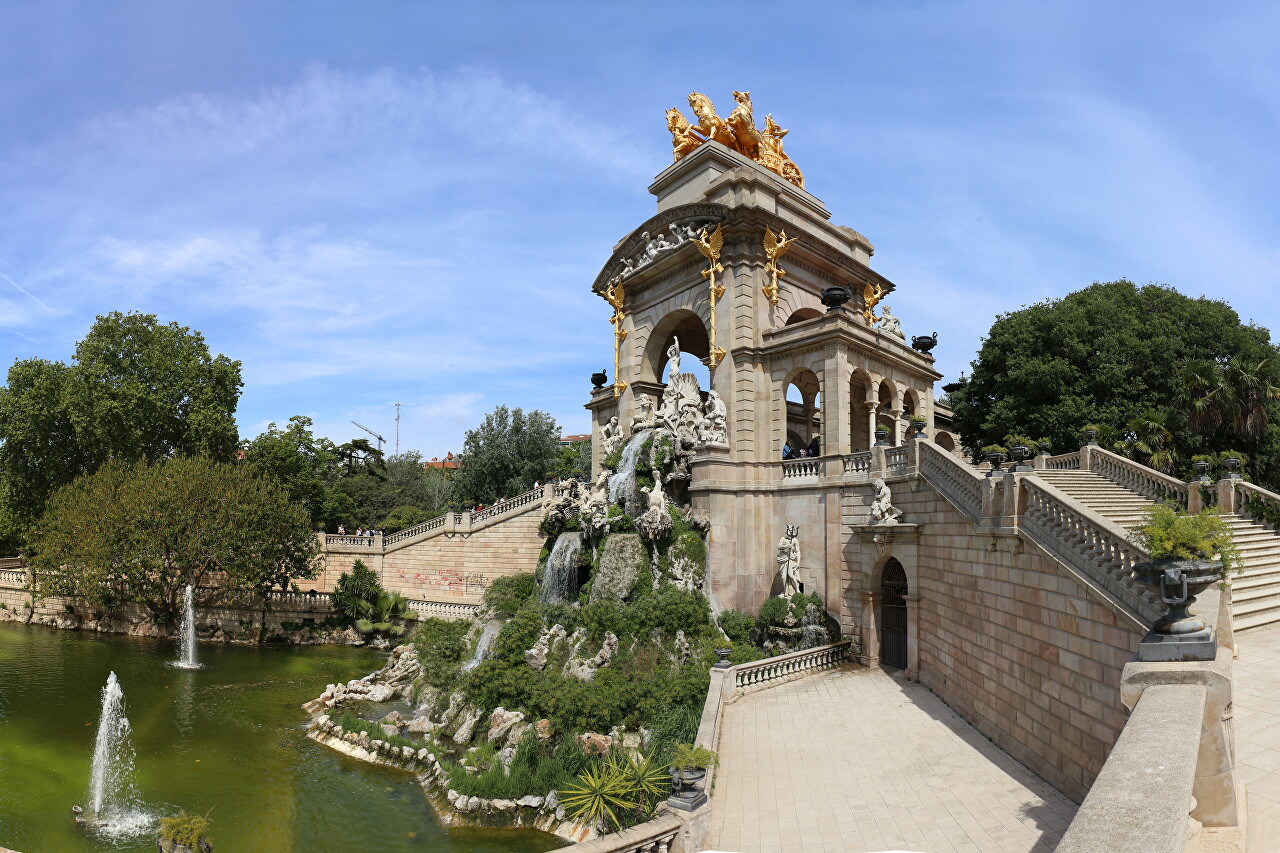 The upper platform offers a wonderful view of the fountains and the Citadel Park. 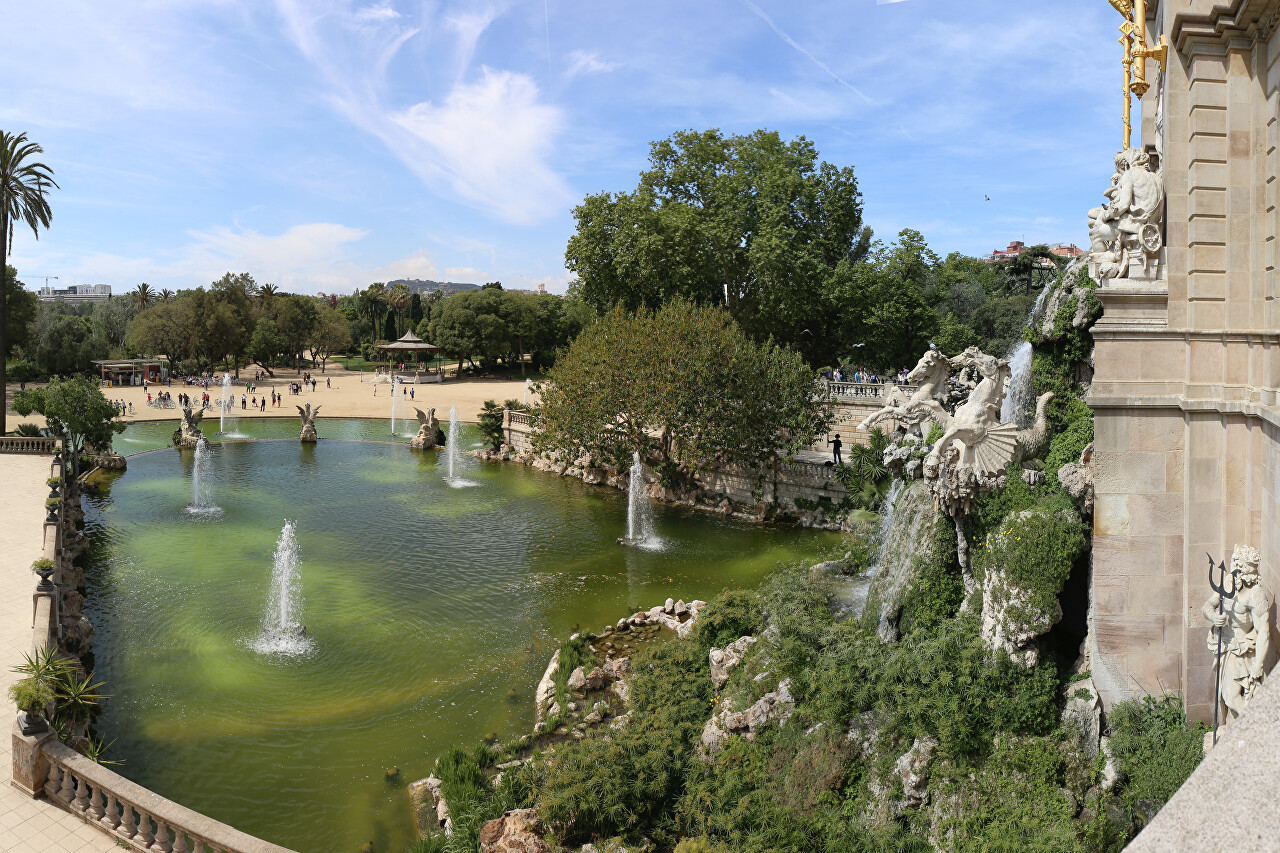 There is also an entrance to an artificial cave and aquarium,but access to the general public is closed. On both sides of the doors, you can see medallions with lizards, allegedly made by Antoni Gaudi himself. There is a widespread legend that he, as a student of the architectural school, helped Fontser work on the Cascade, but there is no mention of this in the biography of the great master of architecture himself. 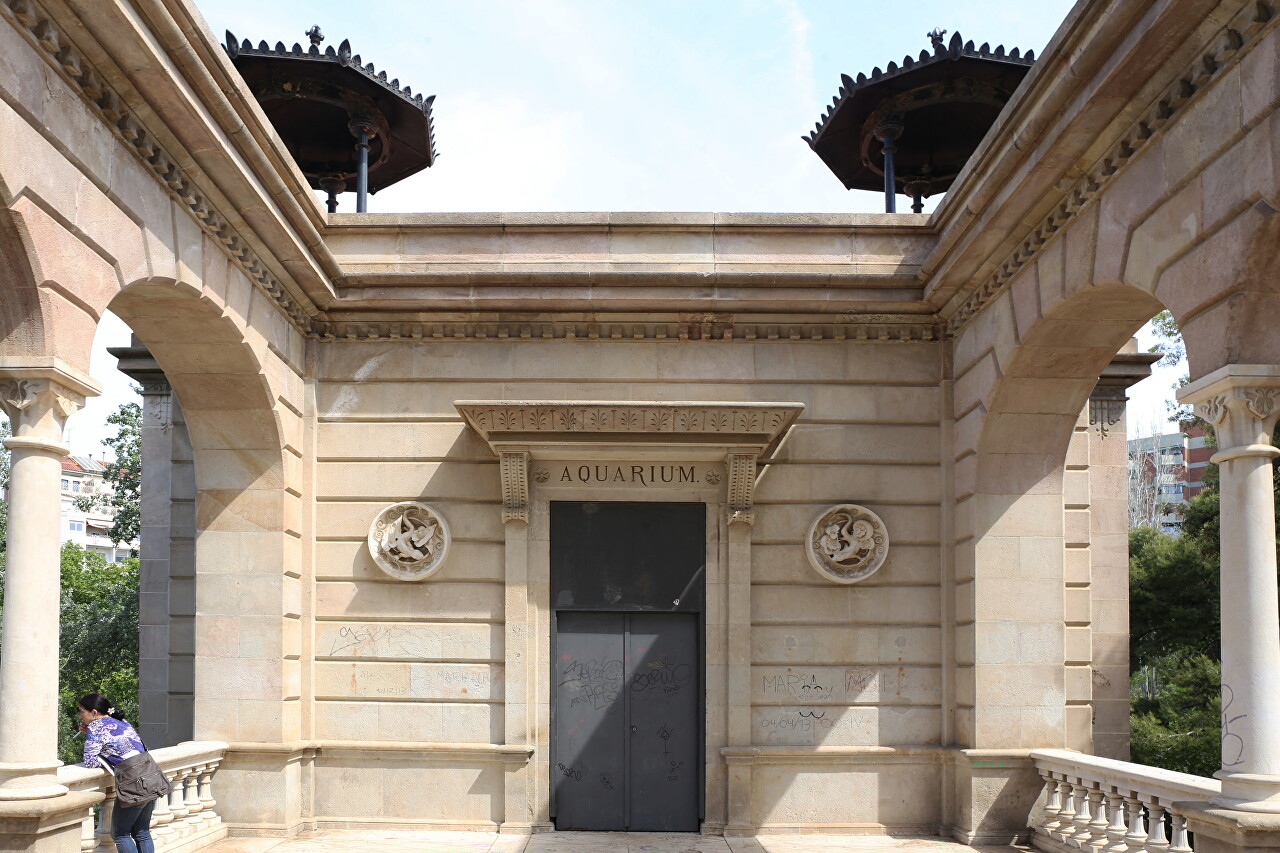 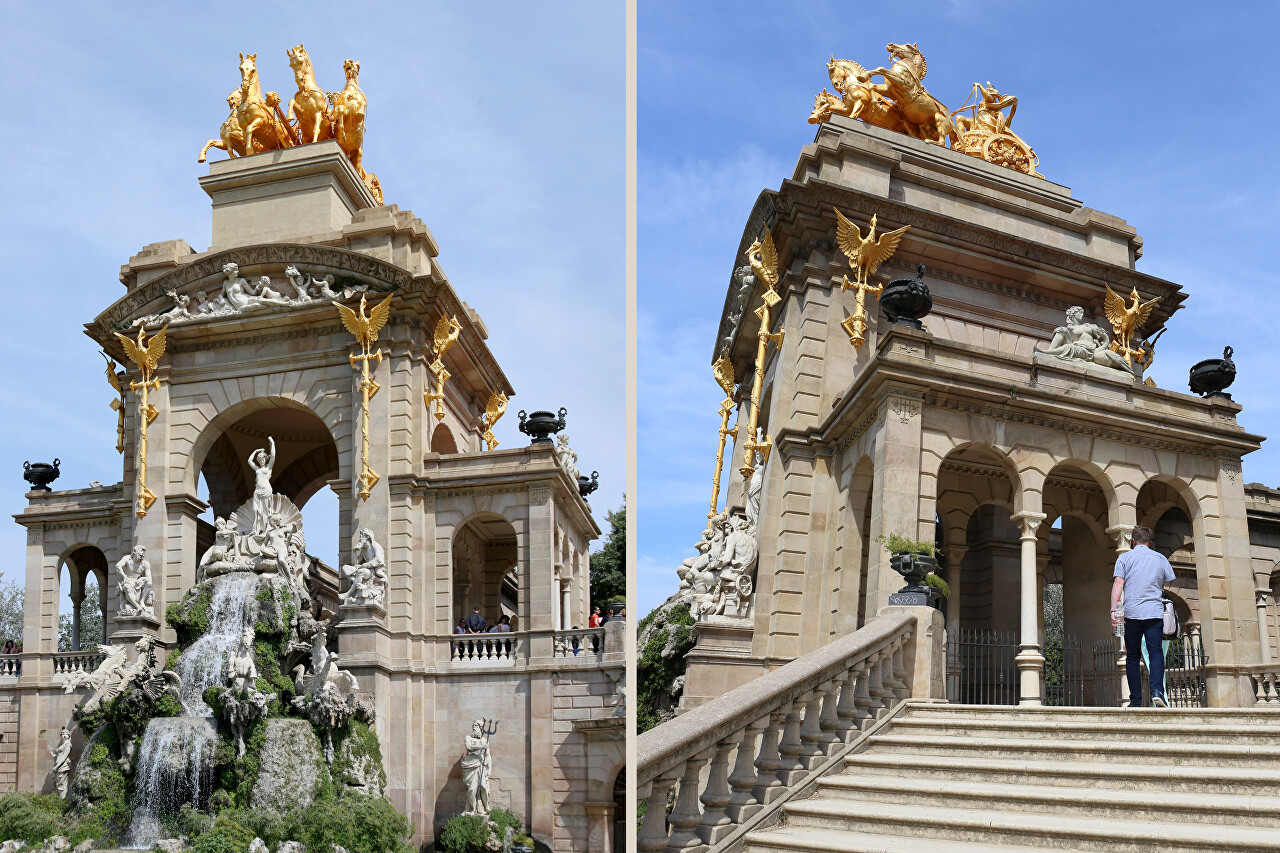