From Madrid to Zaragoza 320 kilometers on the E90 highway, by bus this journey takes 3 hours and 40 minutes. About two hours after leaving Madrid, we crossed the Aragon provincial border. 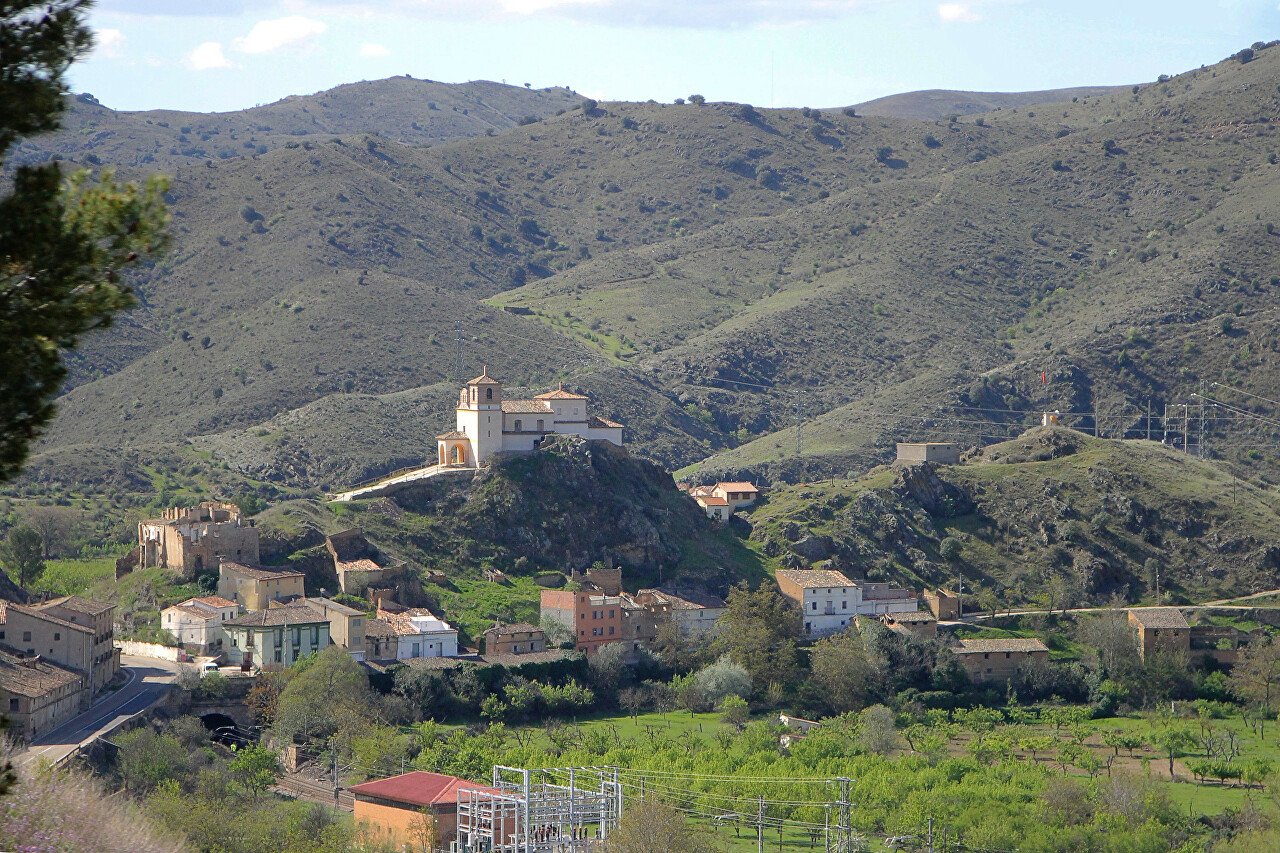 The road passes through the territory of the commune of Catalayud, located in the foothills of the Iberian mountain system. Landscapes are represented by low hills covered with grass and single shrubs. The average elevation of the area above sea level is 600-700 meters. 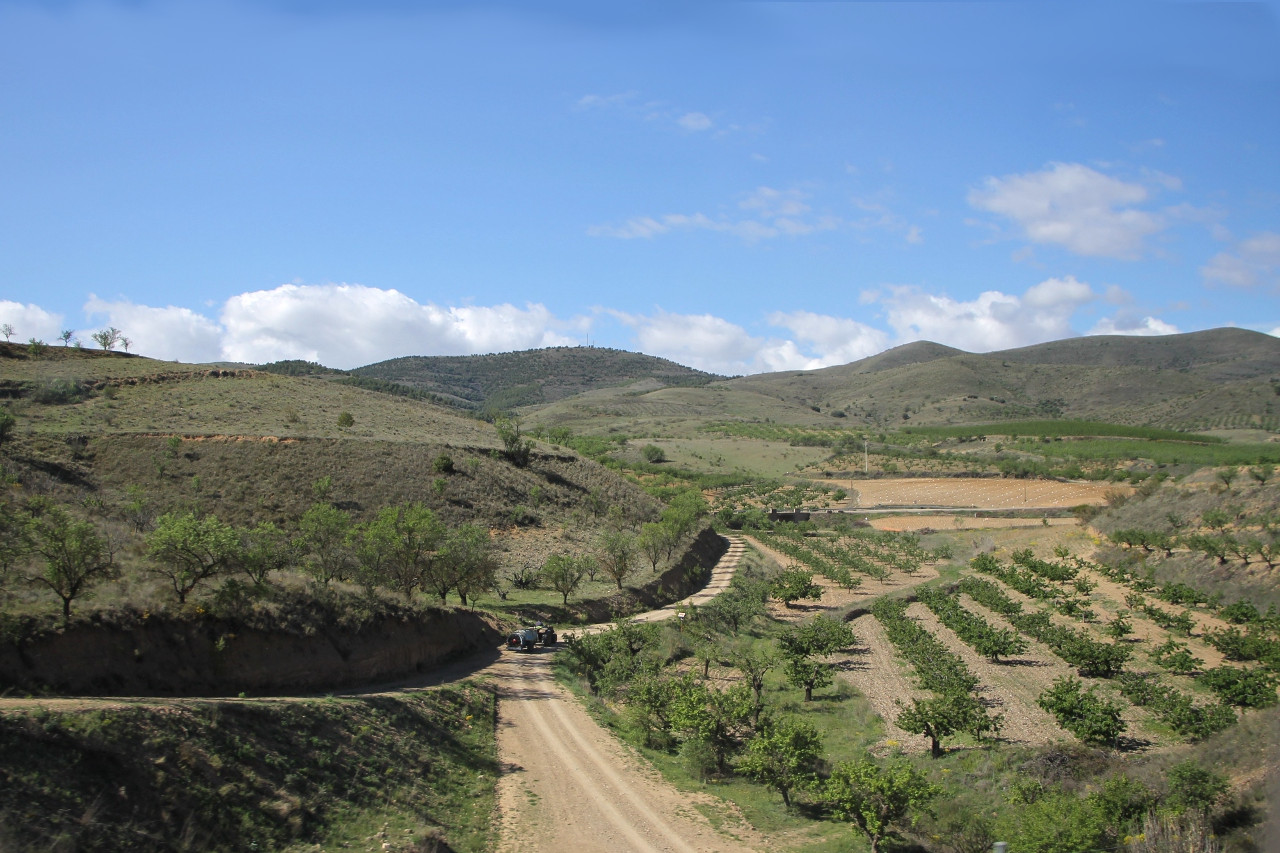 It has a Mediterranean sub-desert climate with cold winters and very hot but not dry summers. The area is very sparsely populated, in fact, there is only one city Catalayud with a population of about 20 thousand people. 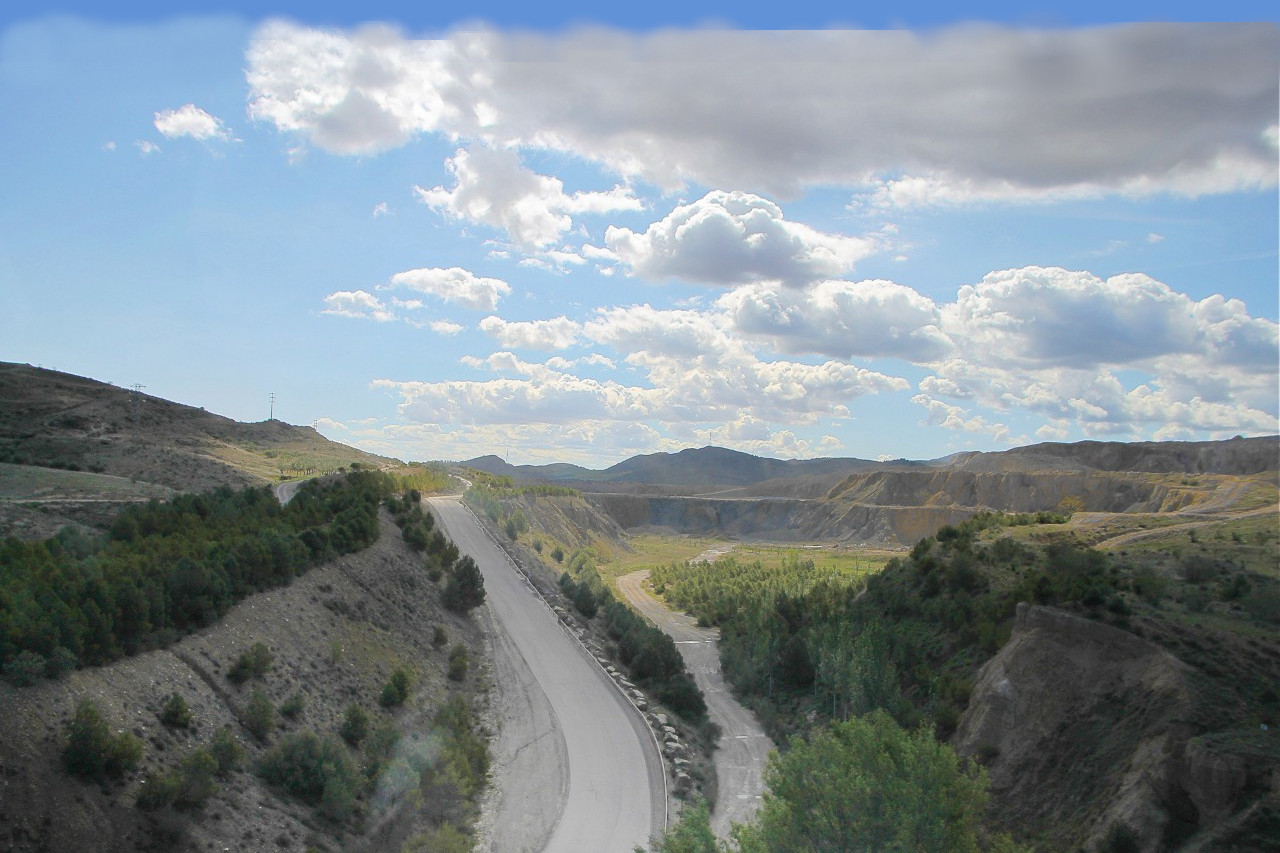 Despite the harsh climate and not very fertile land, people were engaged in agriculture here long before our era. Now farmers grow mainly apples and pears. Winemaking is important. Grapes were tried to grow here in the Roman era, but mass vineyards appeared only in the middle of the nineteenth century. The most common grape variety is Garnacha Tinta. 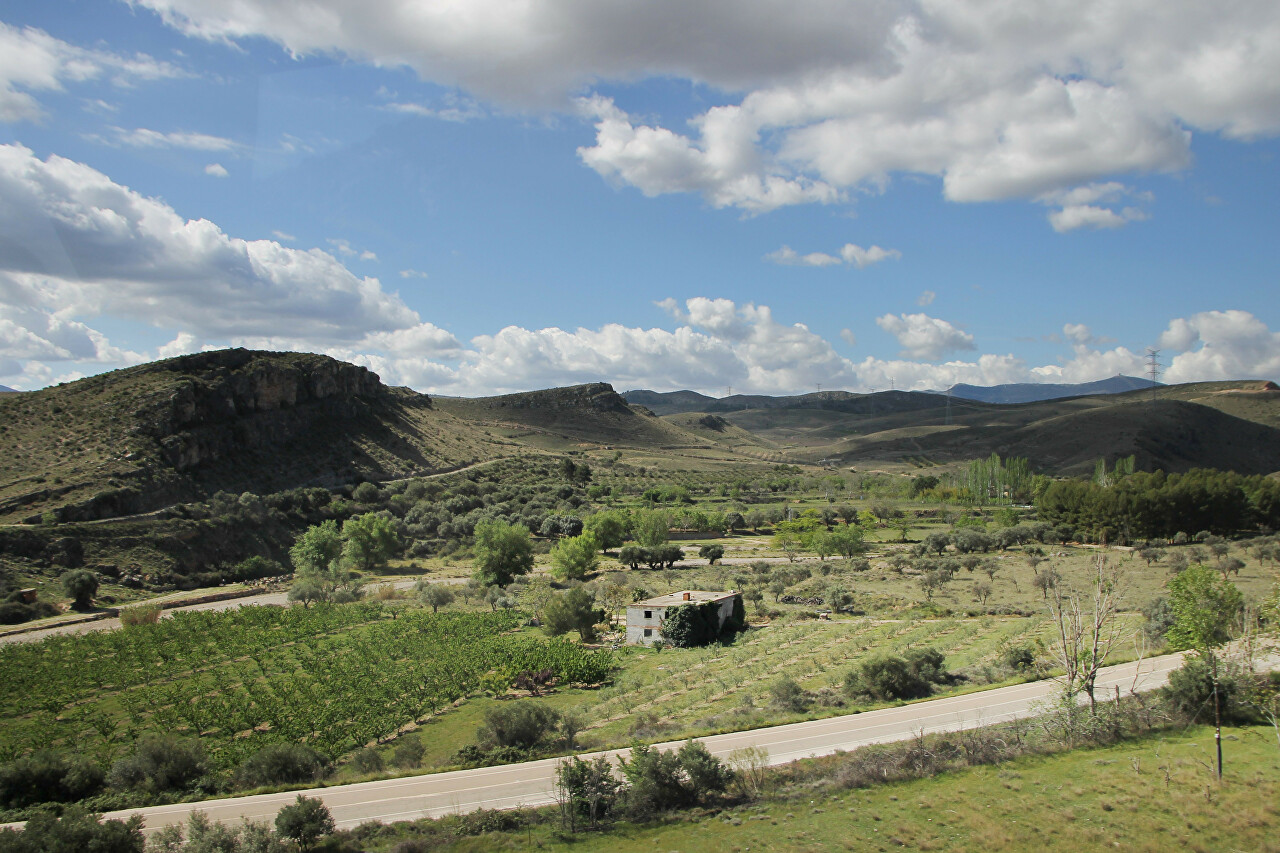 Closer to Zaragoza, the landscape becomes flat, and vegetation is less and less. This is one of the driest places in Spain, with daytime temperatures often exceeding 40 degrees Celsius in summer. However, even here, endless fields stretch along the road. 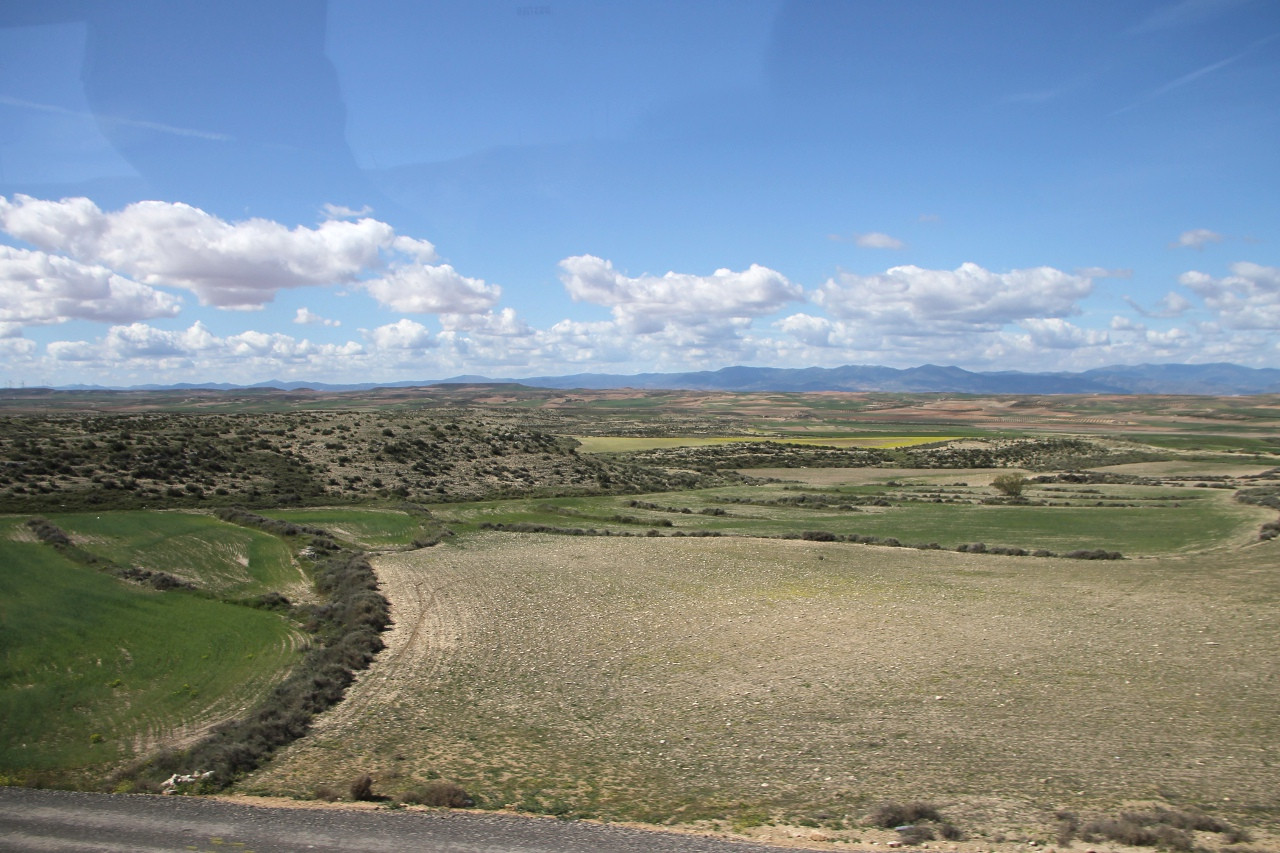 The vast desert expanses of Aragon and the abundance of sunlight are very suitable for the development of renewable energy sources. I drove through here a few years ago and saw only bare hills, now they are occupied by parks of wind turbines and solar panels. 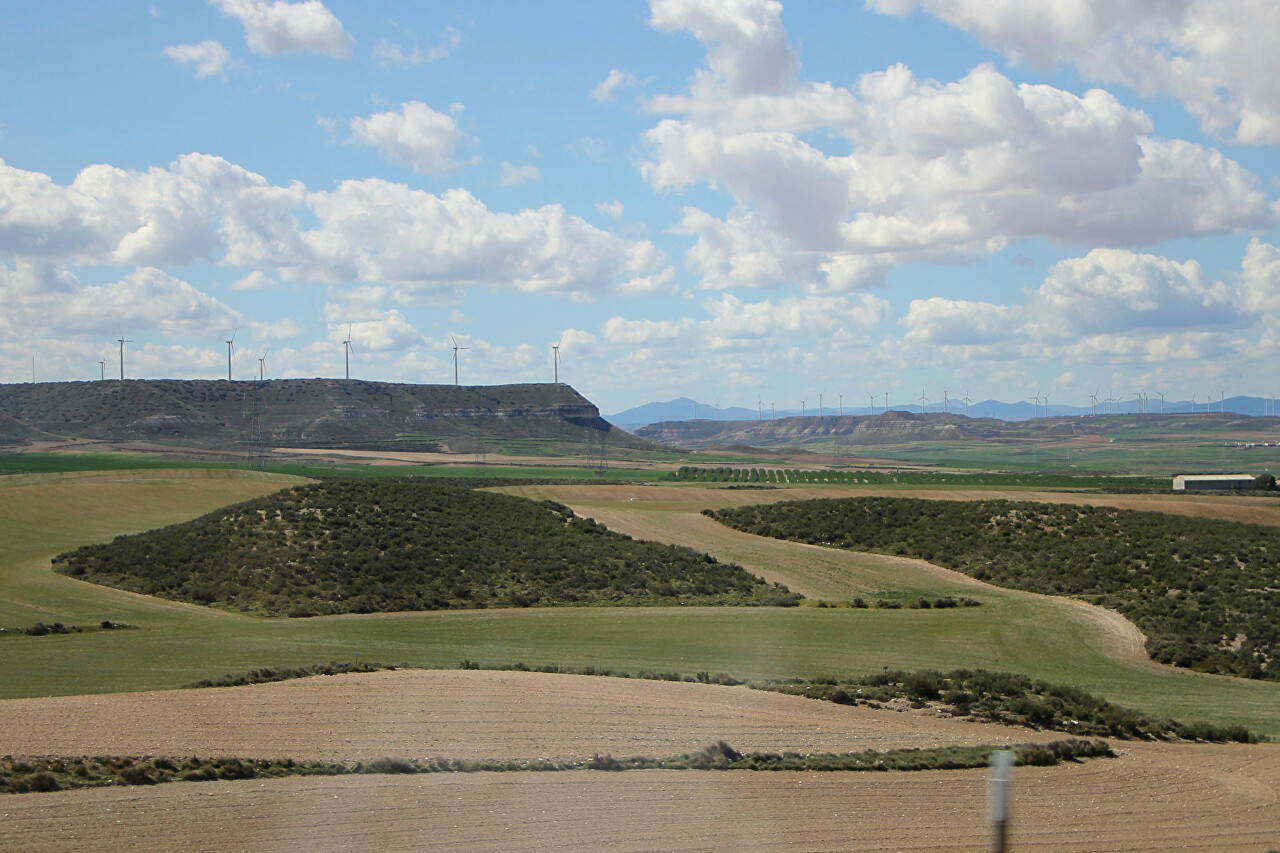