The church of St. Jaime and St. Anne (Iglesia de San Jaime y Santa Ana) is located on Cape Canfali, at the highest point of the historic center of Benidorm. 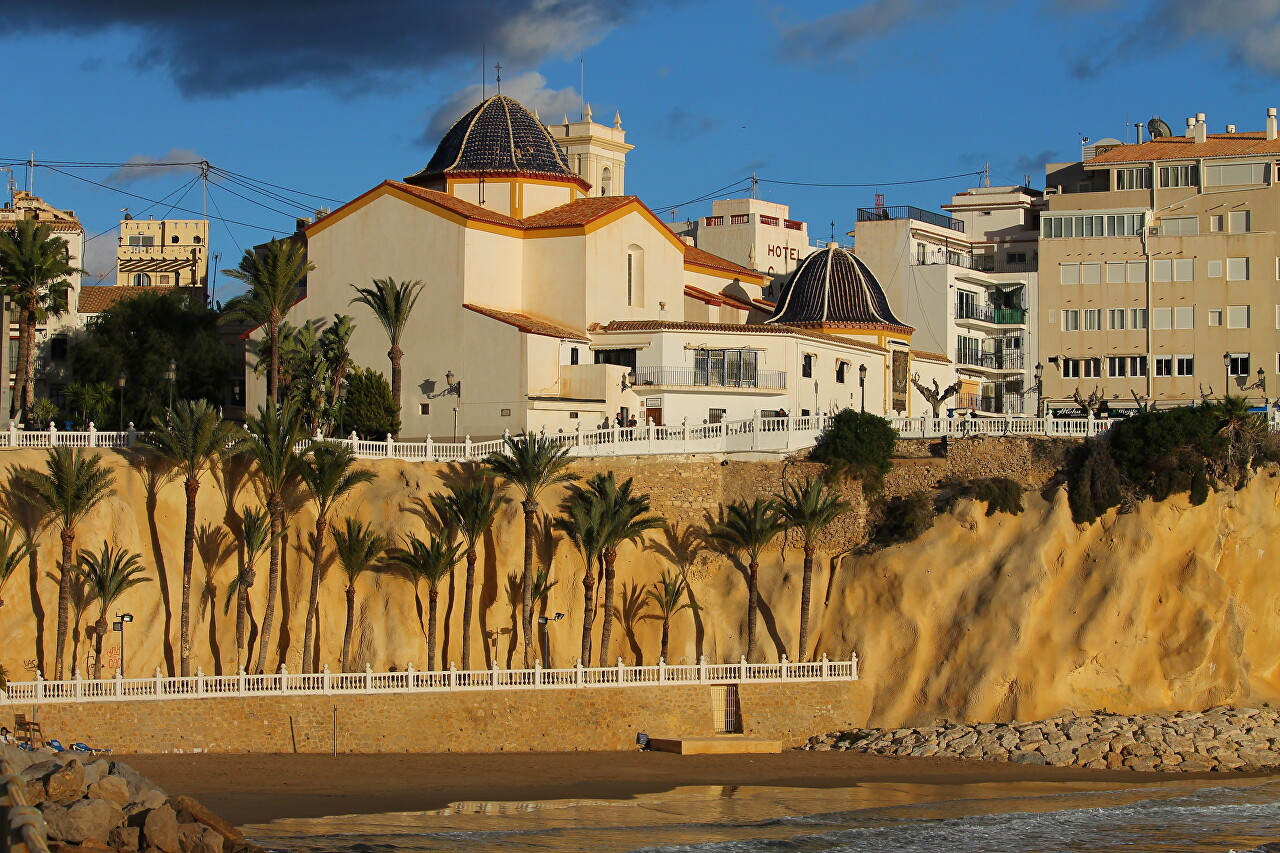 The history of the church began on the evening of March 15, 1740, when near the coast of Benidorm was seen a merchant ship with broken masts, which without signs of control moved at the will of the wind and waves. By order of the commandant of the fortress a few fishermen and soldiers climbed aboard, and having not found there is not one living soul, towed the ship to shore. There was nothing of value in the ship, but it was in good condition, and the commandant decided to sell it and use the proceeds for public purposes. However, when news of this reached to governor of Alcoy, he sent a small detachment to Benidorm with orders to burn the ship. The governor rightly feared that the cause of the disappearance of the crew could be an epidemic of plague. After the ship burned down, the boys looked in the ashes for nails, staples, door hinges, and other articles of metal, which were of great value at the time, and found that the image of the virgin and child, which was on the stern of the ship, was completely unaffected by the fire. This was seen as a wonderful sign, the image got the name of the Holy virgin Mary Sufragio (Virgen del Sufragio, "virgin cleansing"), and on this occasion it was decided to build a church. Now polychrome ceramic bas-relief depicting the virgin and child adorns the wall of the temple, overlooking the square Santa Ana. 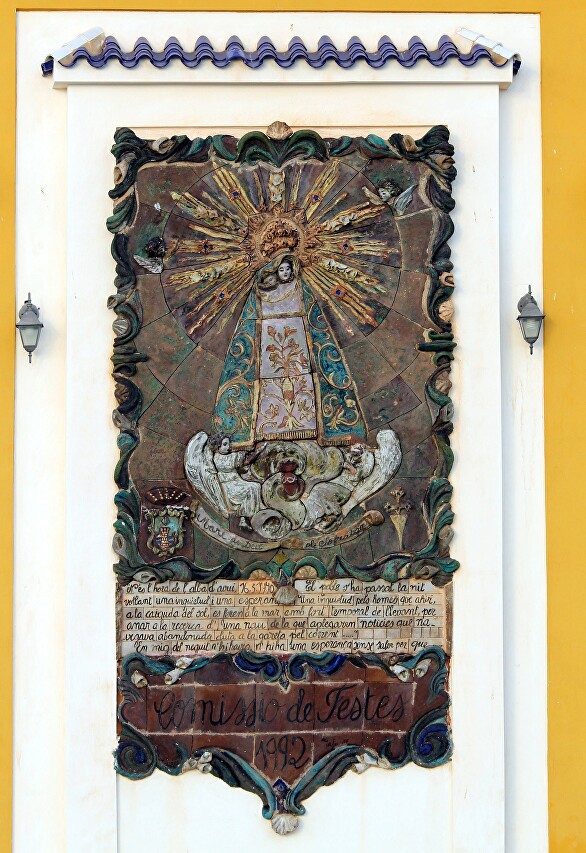 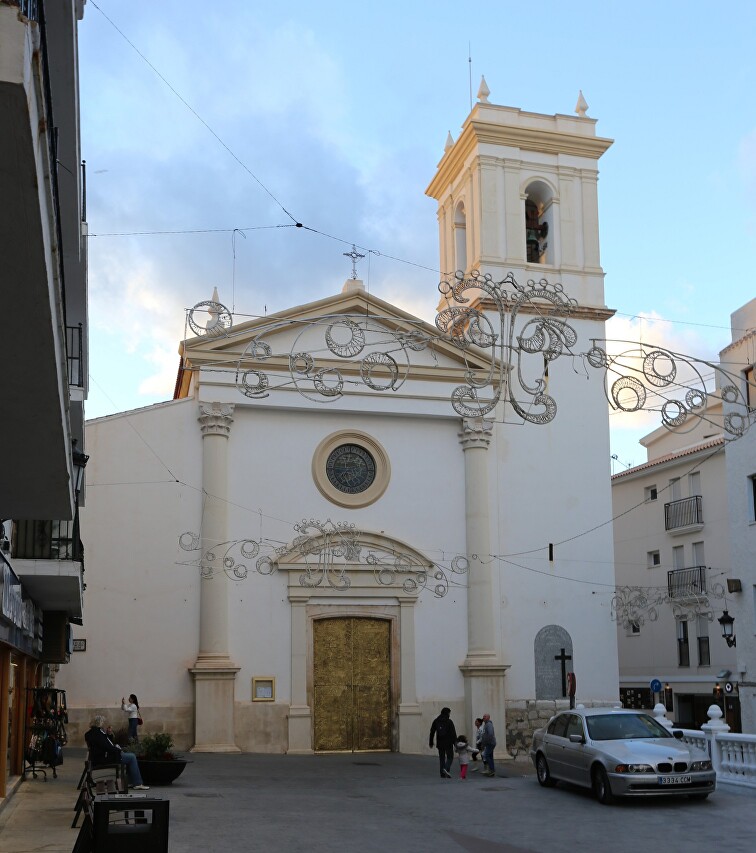 To the left of the main nave is the chapel of our lady, covered with a dome of glazed tiles. 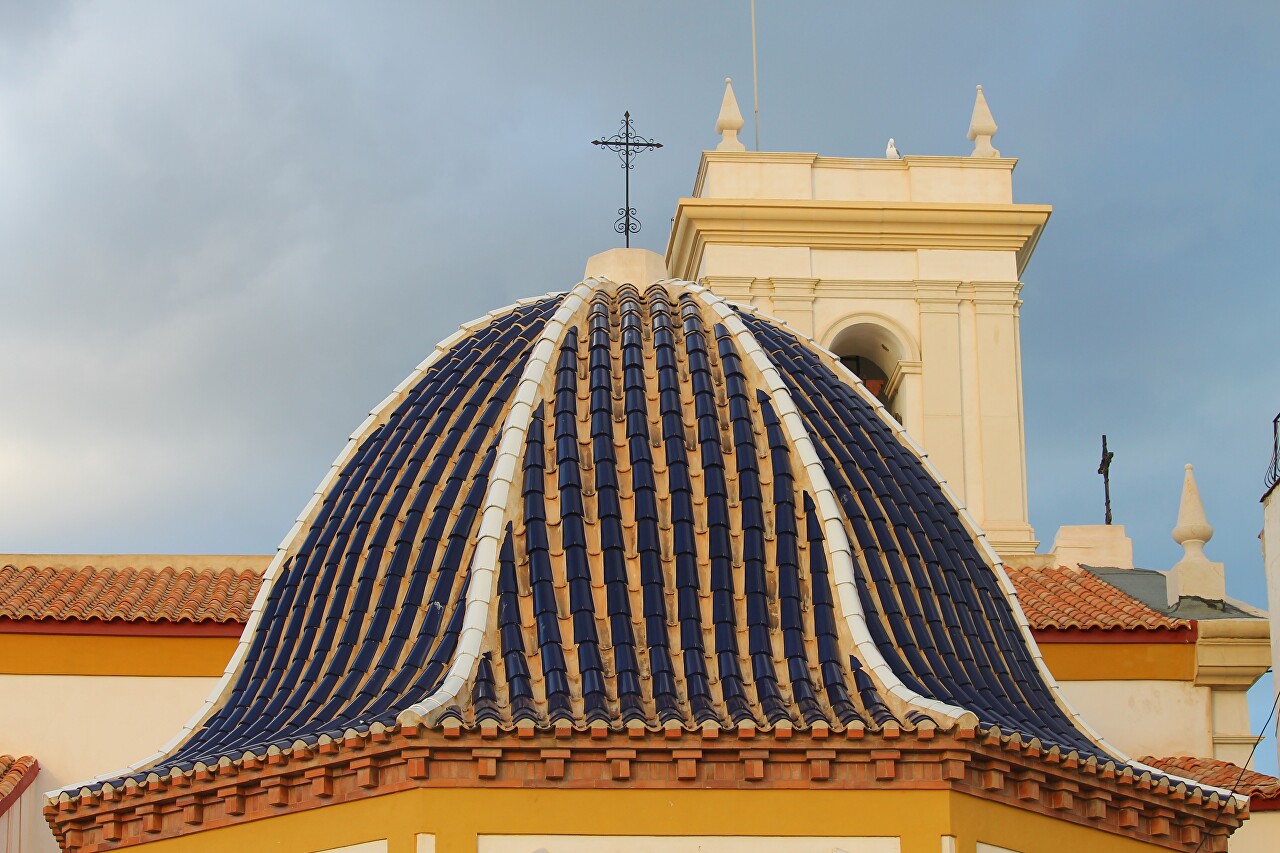 The dome is crowned with a forged cross. 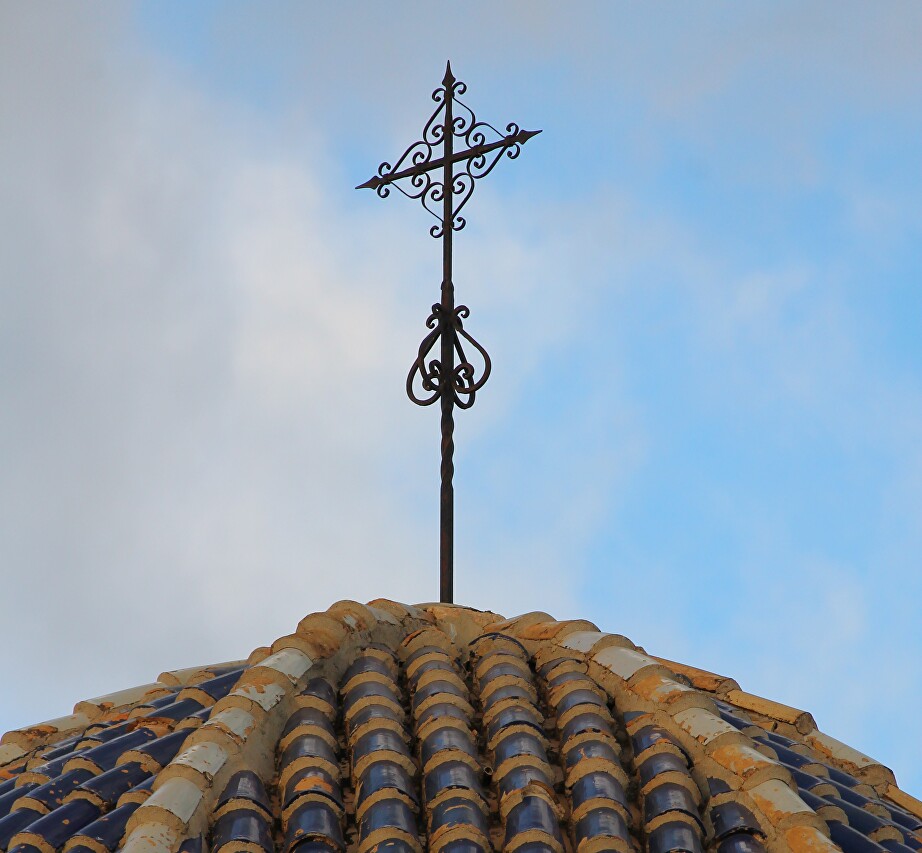 The interior design of the Cathedral is modest and strict, made in the classical style. 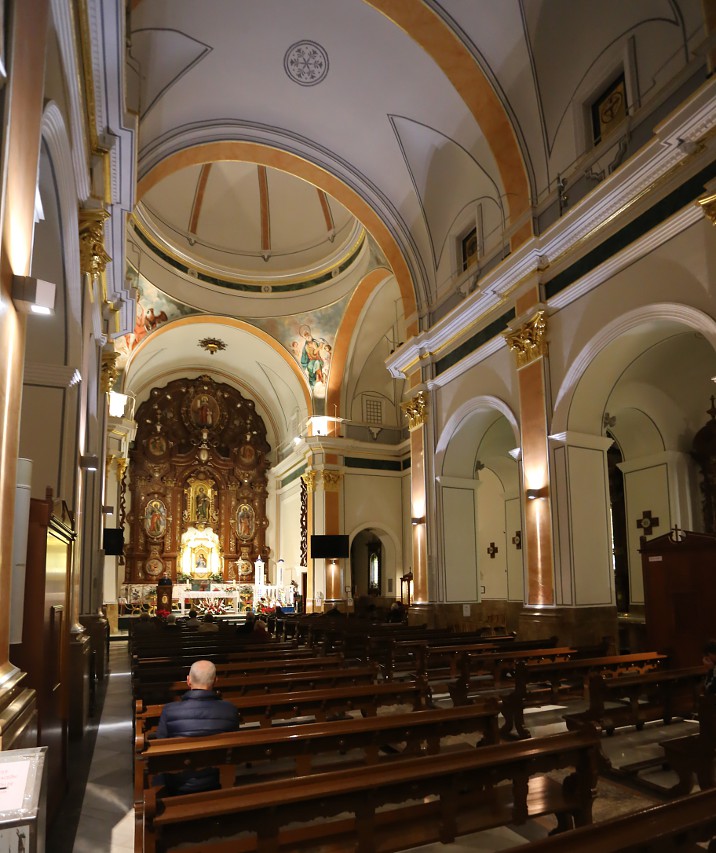 The dome space above the altar is decorated with frescoes depicting St. Jaime and St. Anne. 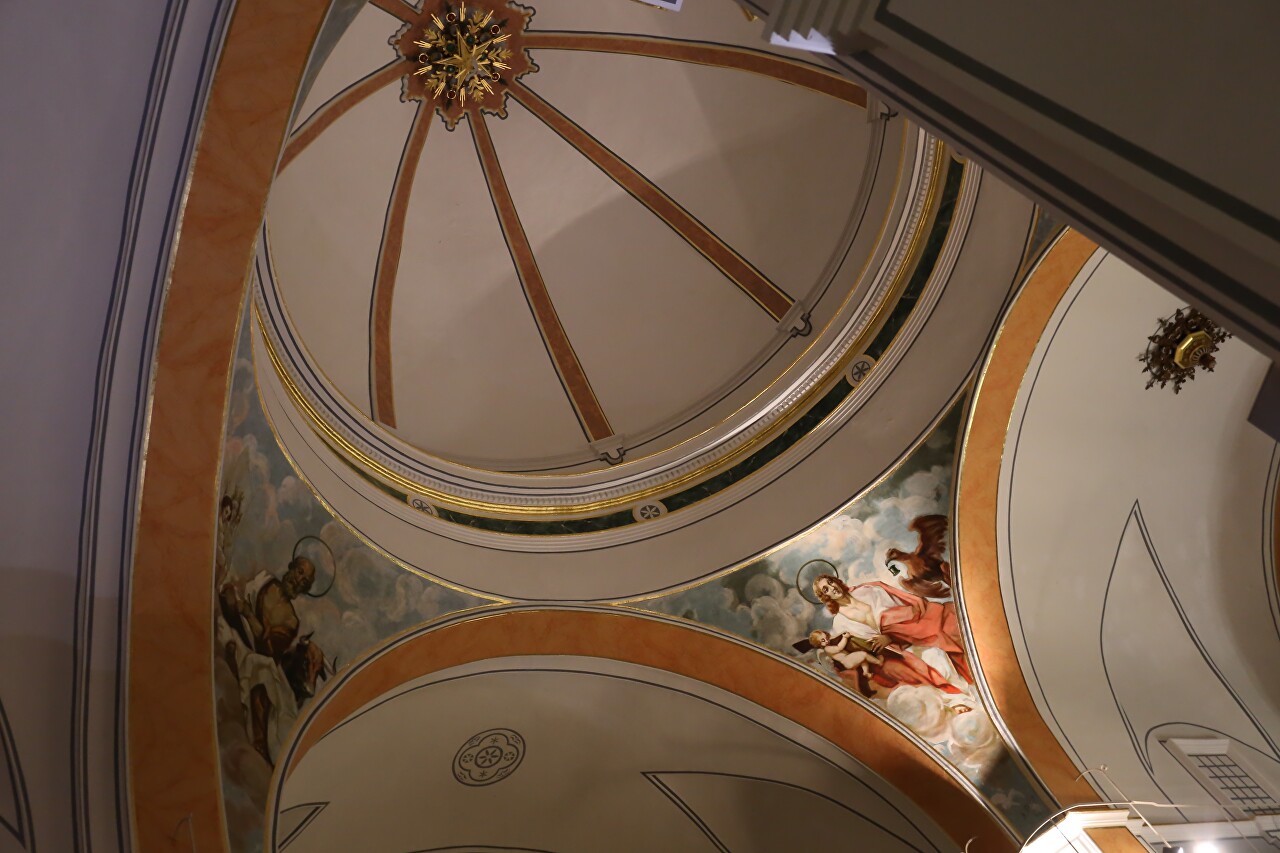 At first, the image of the Patroness of Benidorm was kept in the city hospital, then in the chapel of the Sacrament. In 1925, the city Council appealed to Pope Pius XI asking him to give the virgin Sufragio the status of patron Saint of Benidorm. On January 2, 1926, such permission was granted, and the image took its place in the altar of the church. Patroness day is celebrated on the first Sunday of January. During the Civil war, fearing the looting of the church, the relic was hidden in a house belonging, not surprisingly, to a Republican. The jewels that adorned the crown were transferred to the civil authorities of Alicante for military expenses. In 1950, a fundraiser was announced to restore the crown. 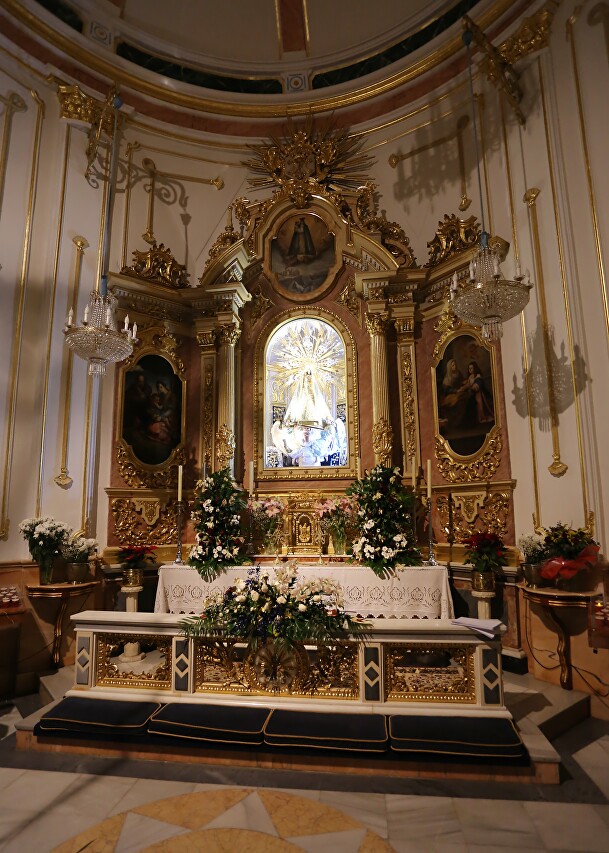 Painting depicting the scene of towing an abandoned ship with the image of the virgin at the stern. The painting has a clear historical inaccuracy, on the Cape shows the Church, which at that time had not yet been built. 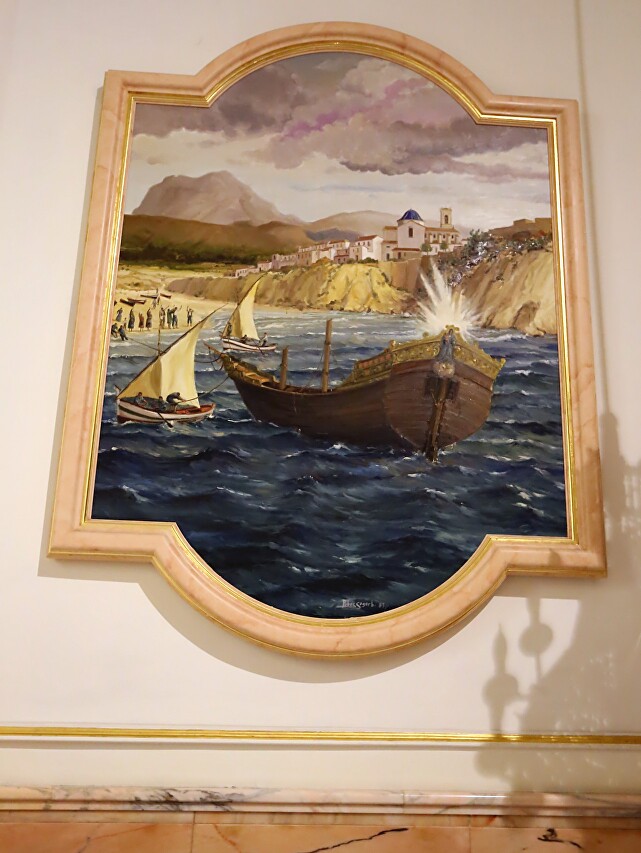 A large organ appeared in the temple relatively recently, in 2012. Now several times a week in the evenings in the Church are free organ concerts. 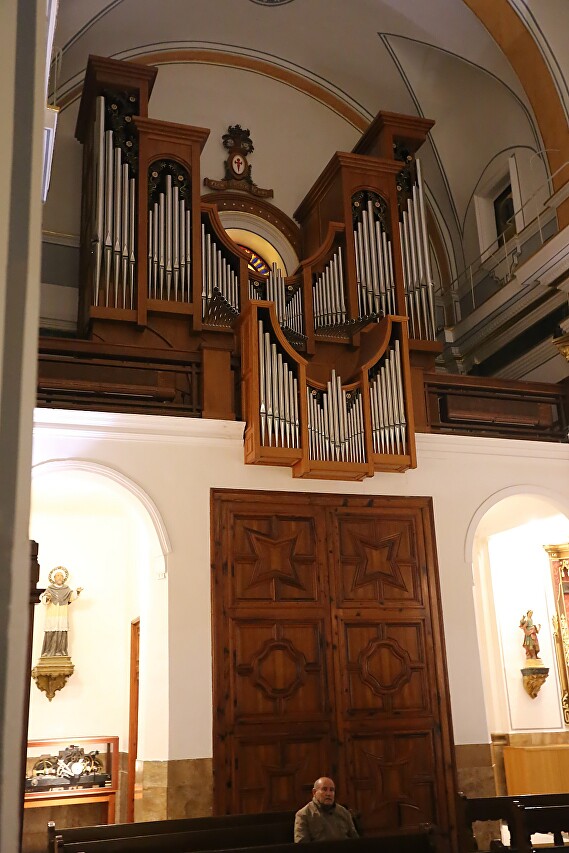 Chapel Of Our Lady. 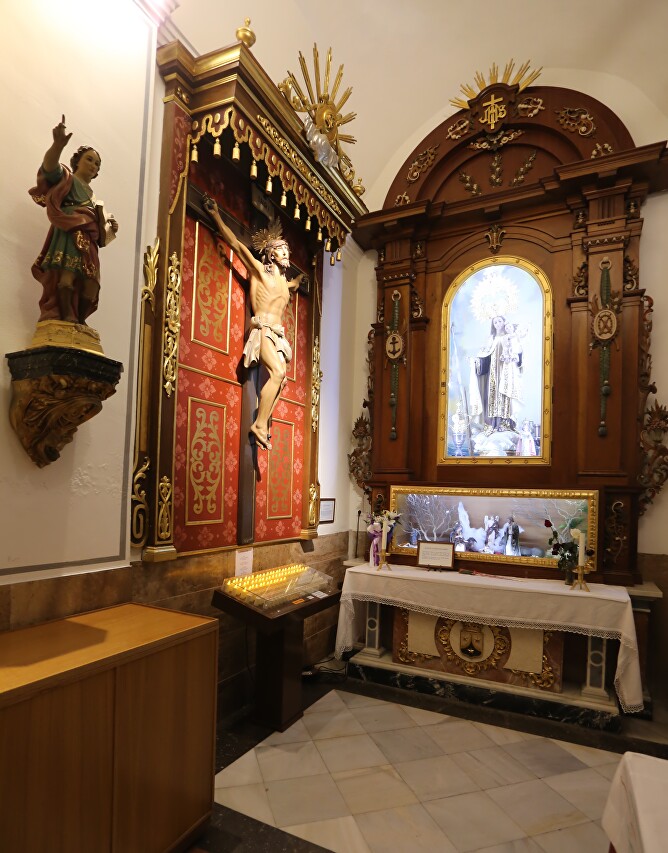 In the church you can see the first mechanism of the clock installed on the bell tower. 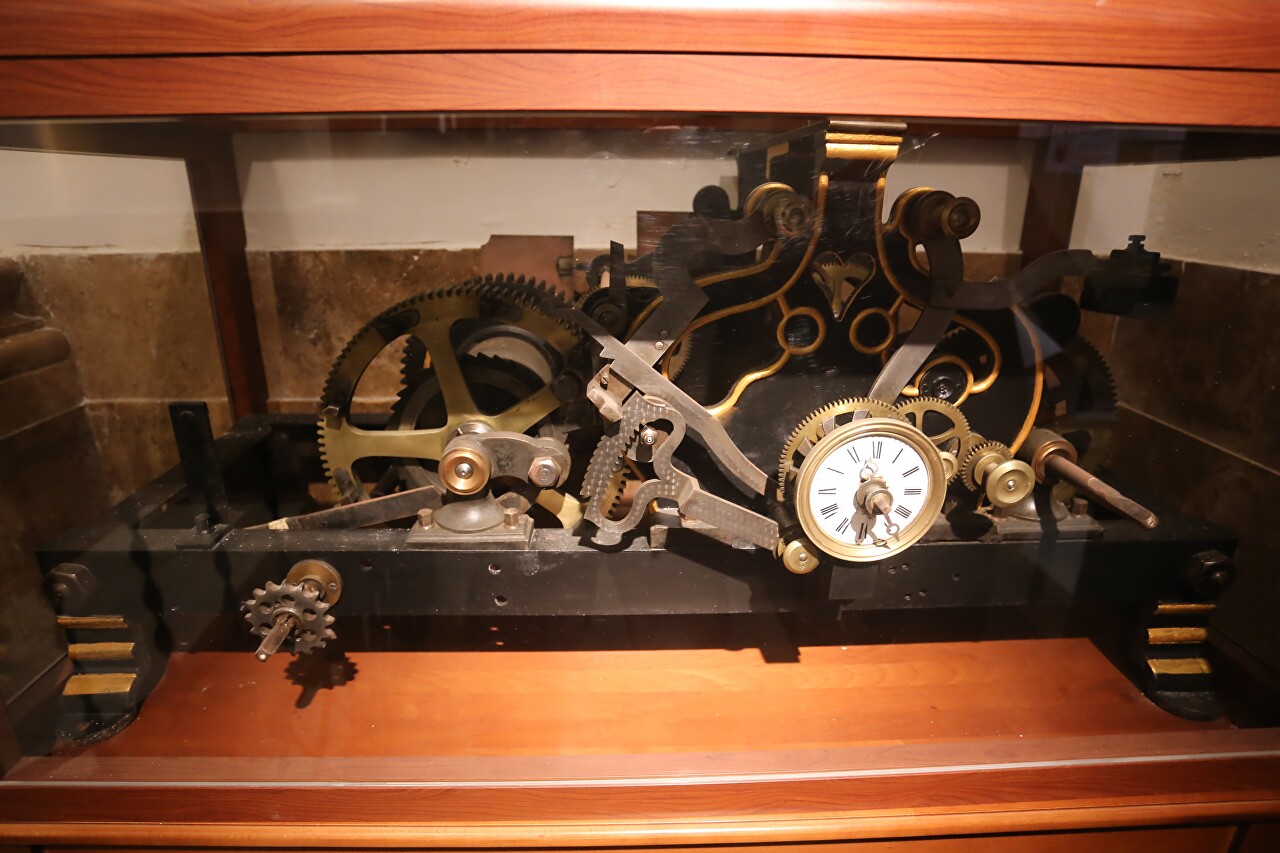 Attracts the attention of the main portal of the Church. 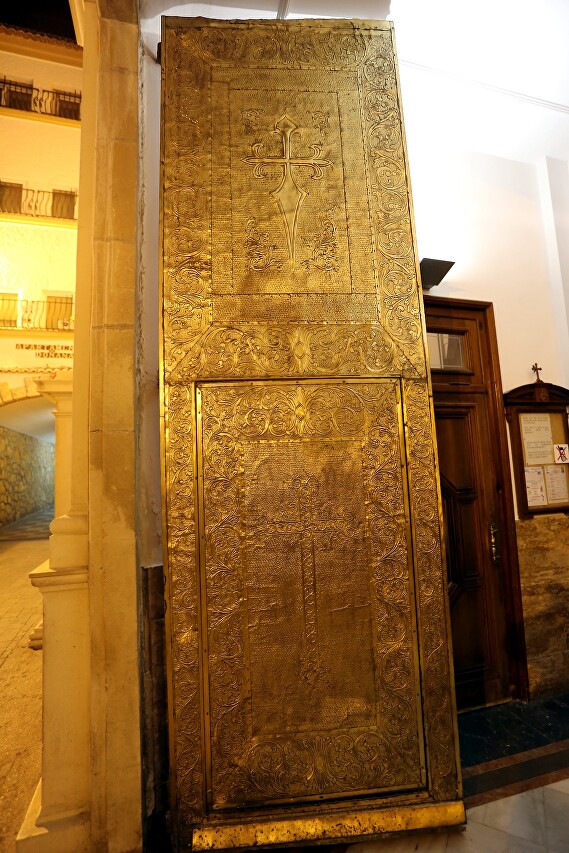 The doors are covered with copper sheets, decorated with embossing. 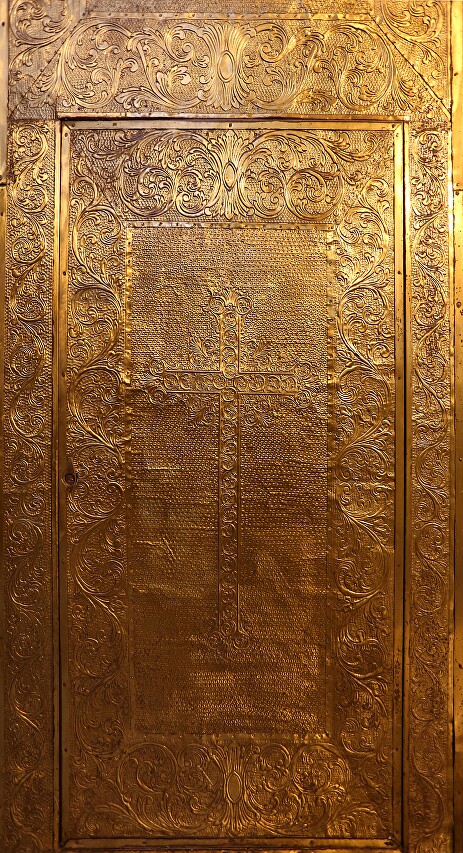 The Church is open to the public in the summer from 10 am to 8 PM, more details about the mass and celebrations can be specified on site. 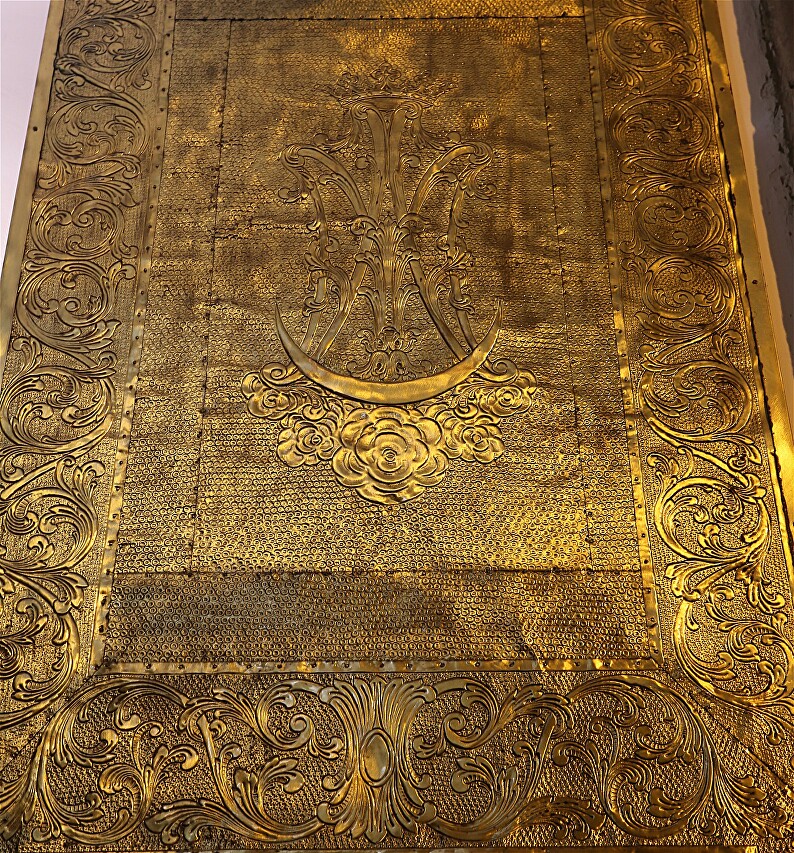