The main attraction of Alicante is the fortress of Santa Barbara, located on top of a steep cliff. That's where I went as soon as I got to town and checked into a hotel. The shortest way to the fortress is up the steps of one of the alleys near the сhurch of St. Mary and the Museum of Modern Art. From San Juan street begins a wide pedestrian road leading to the fortress on the slope of mount Benacantil. 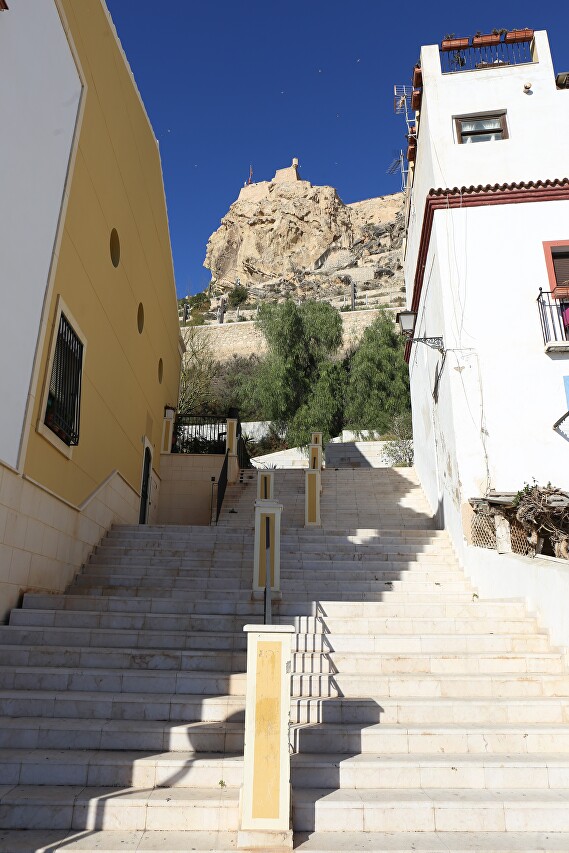 The road passes through the park of La Ereta, built on the terraces of the mountain slope. 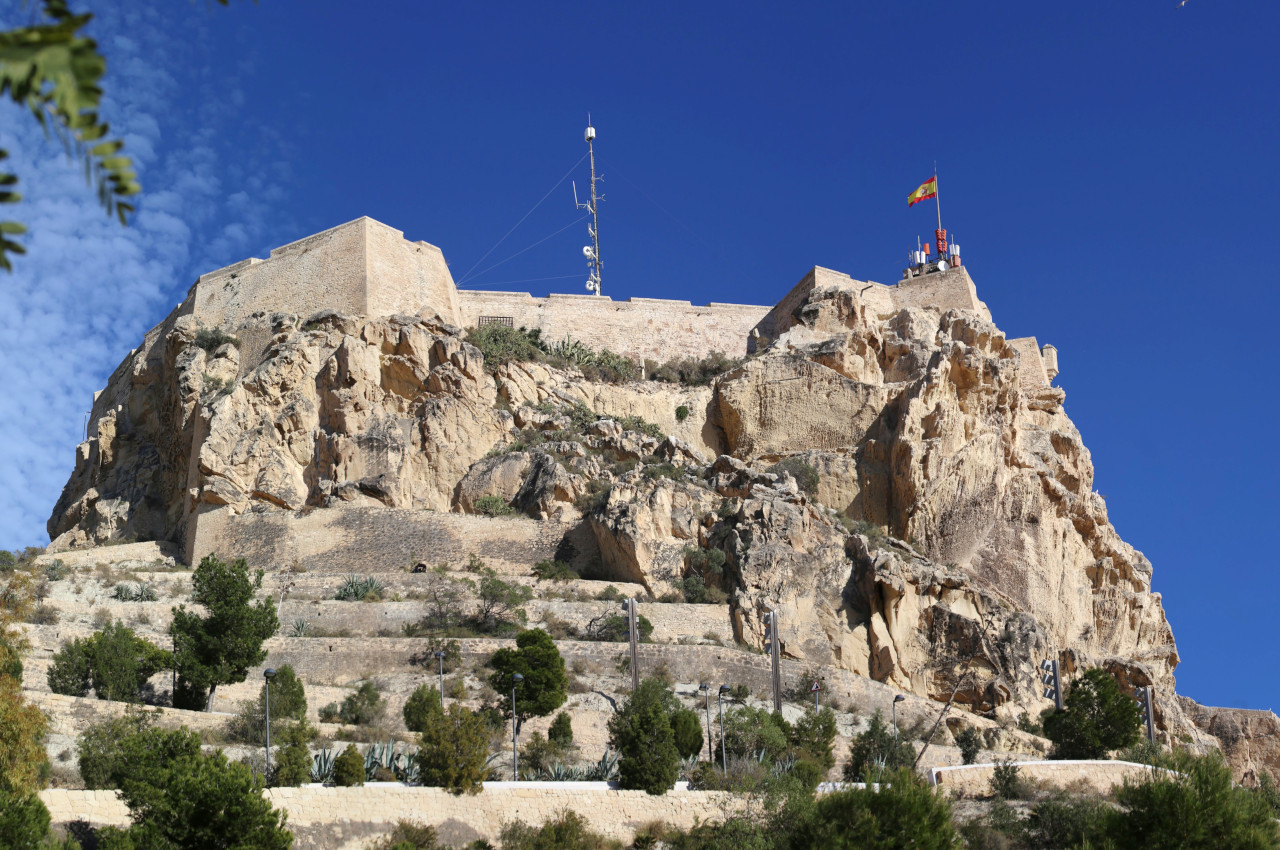 If you are not in a hurry, take one of the paths that lead away from the main road. 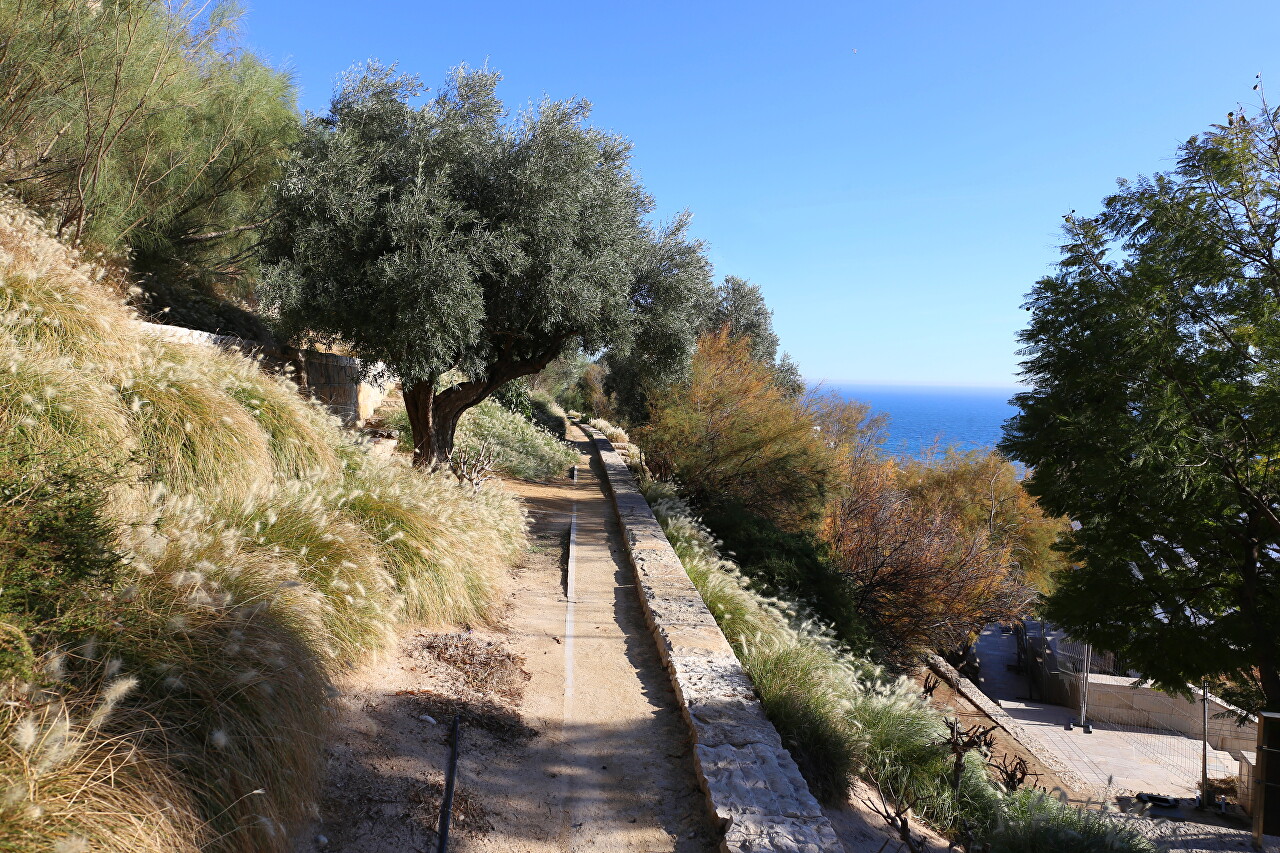 Here you can walk along the wooden floors, surrounded by flowering plants even in winter. By the way, today is January 3, I have a fierce cold at home, and here the bright sun and a warm breeze from the sea. 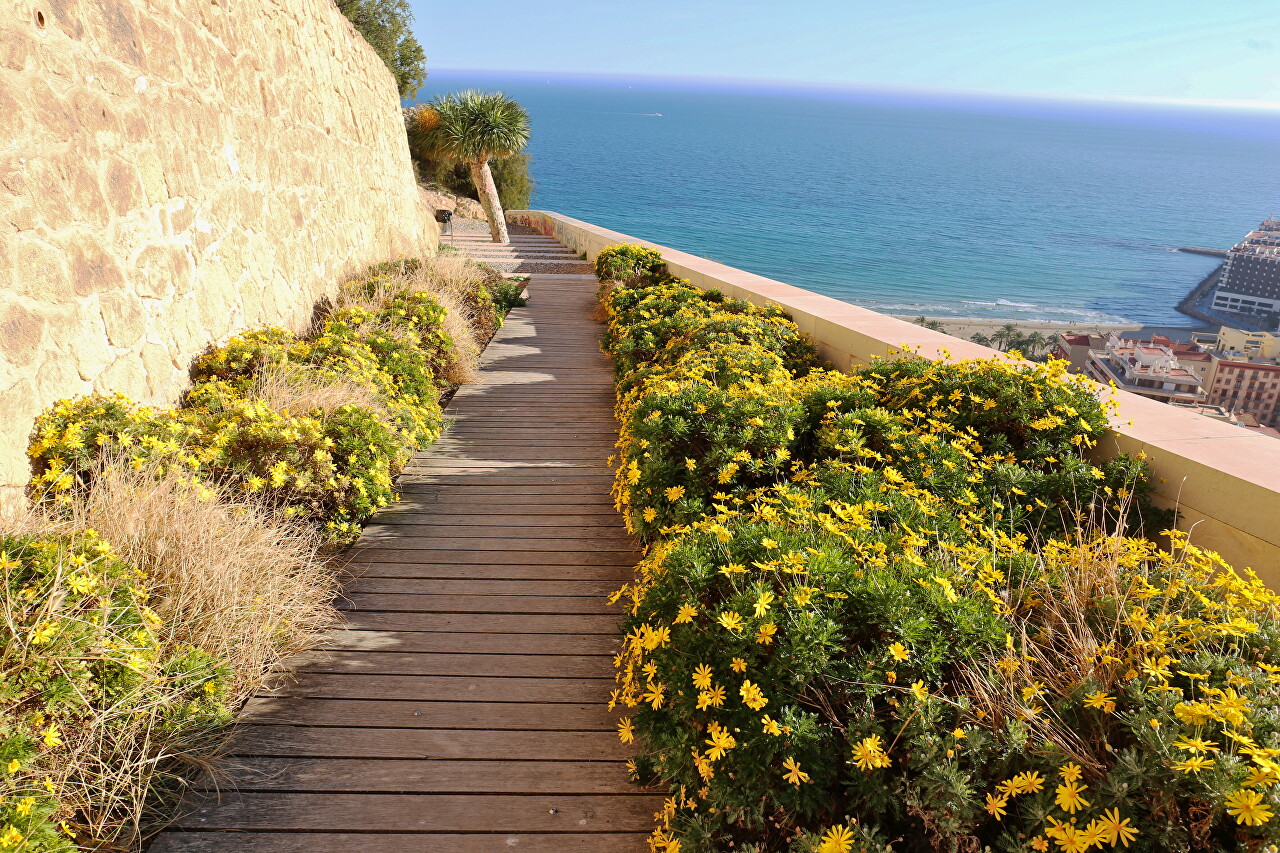 In addition, the terraces of the Park offer stunning views of the Central part of Alicante. 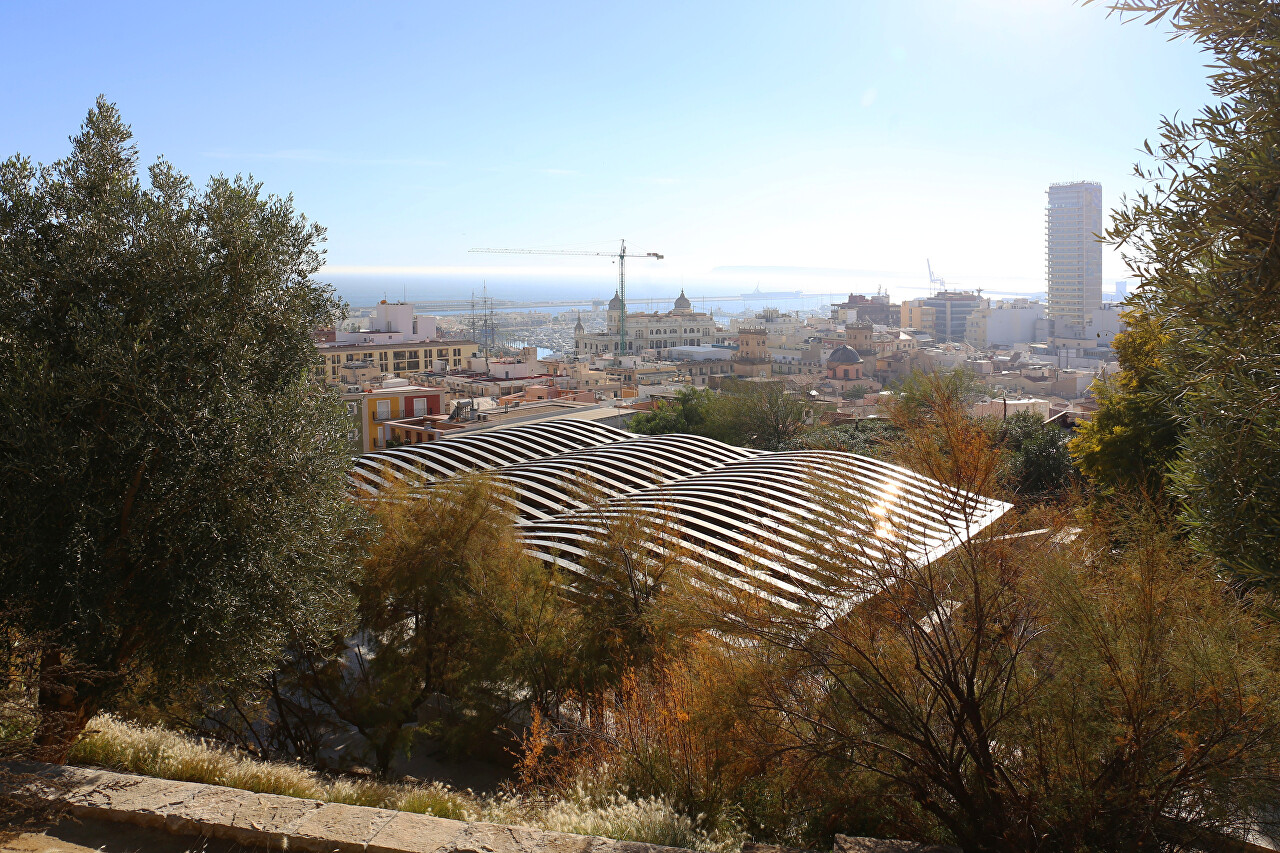 The Cordillera Betica and Sierra de Foncalent mountain ranges are clearly visible outside the city. 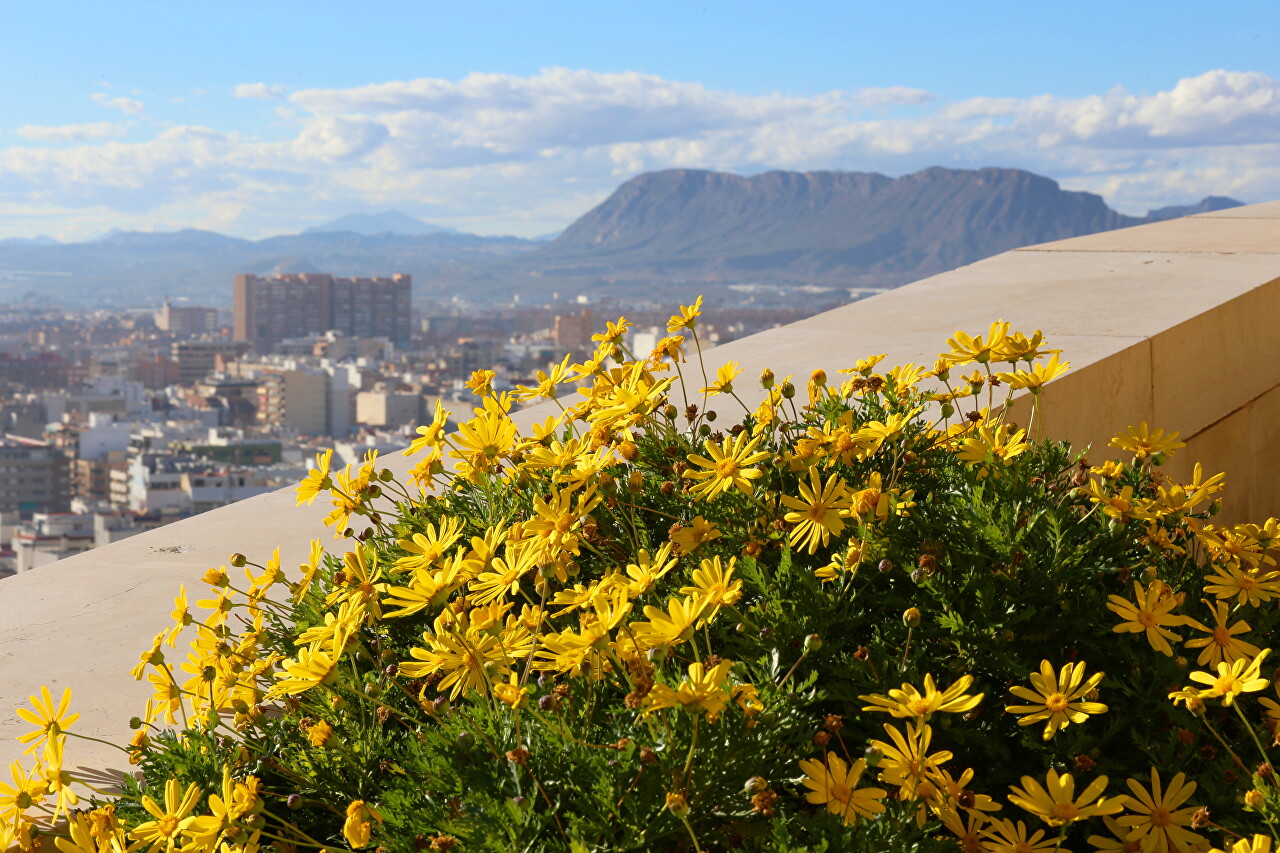 Construction of the Park began in 1994. The main problem was to prevent erosion of the terraces during the rainy season, for which they were reinforced with concrete slopes and provided water drainage. The slopes are decorated with ceramic panels with scenes of rural life. 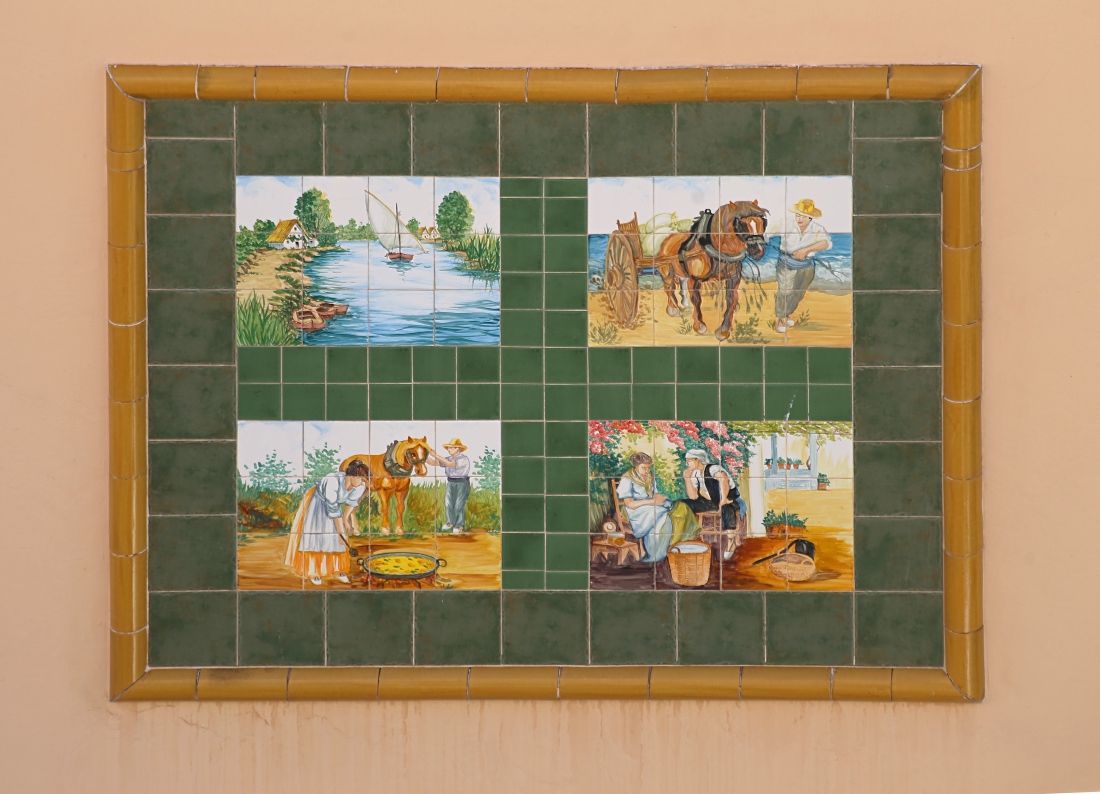 In one place I saw such an interesting composition, similar to a memorial sign. 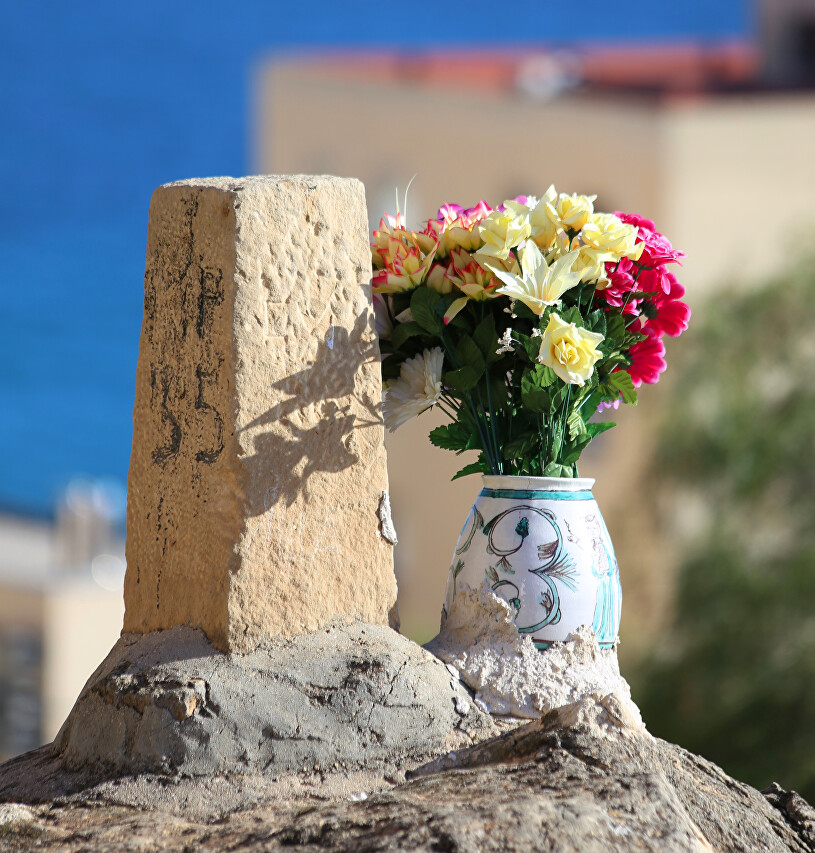 As you get closer to the sheer rock on which the fortress is built, you can see several interesting creations of nature. Like this rock ledge, where you can see the head of a bull or horse if you have a fancy. 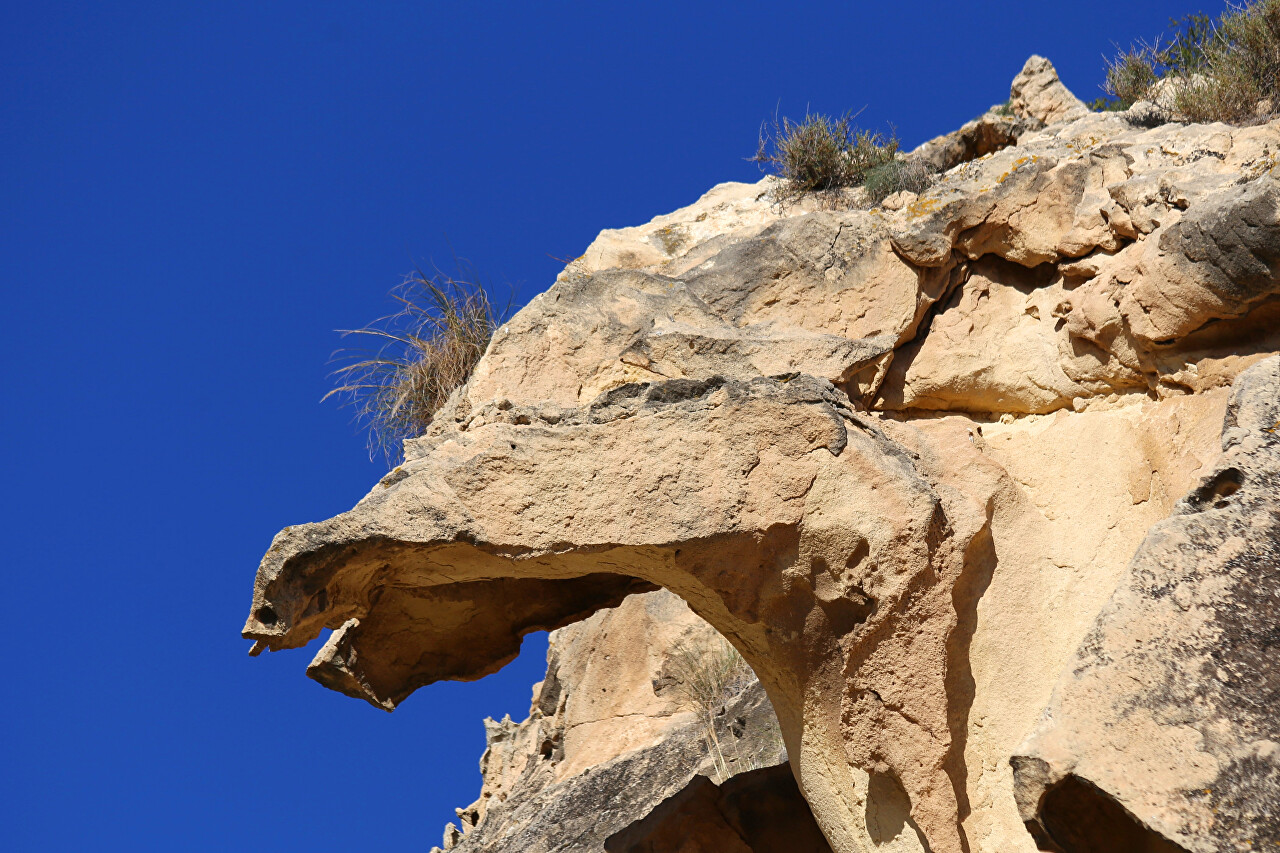 Another result of the work of rain and wind, which resulted in the formation of a stone semi-Park, resembling a swirling crest of a sea wave. 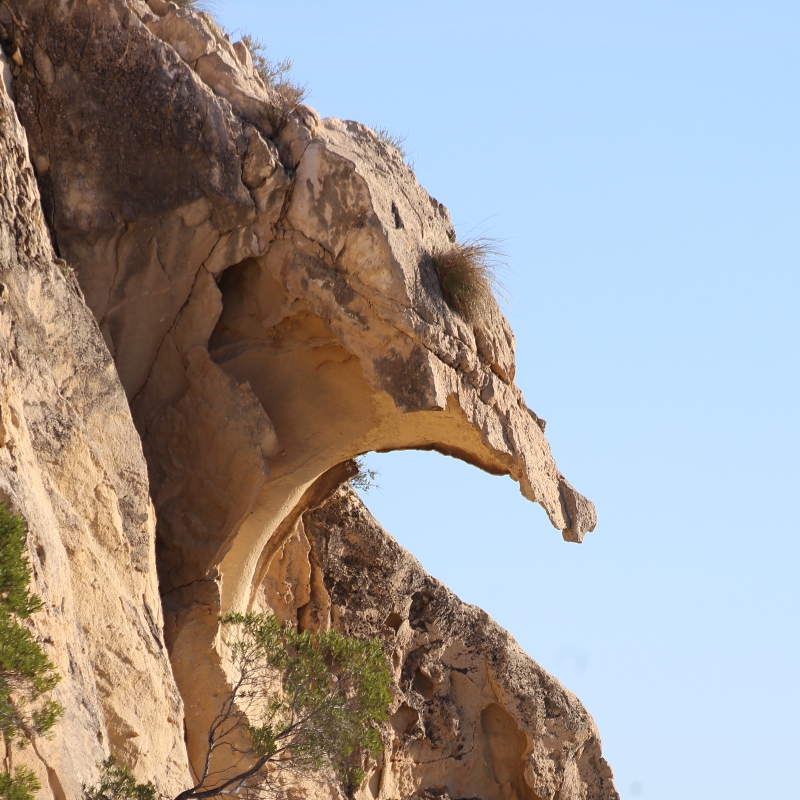 After about half an hour of leisurely ascent, I found myself at the walls of the fortress. 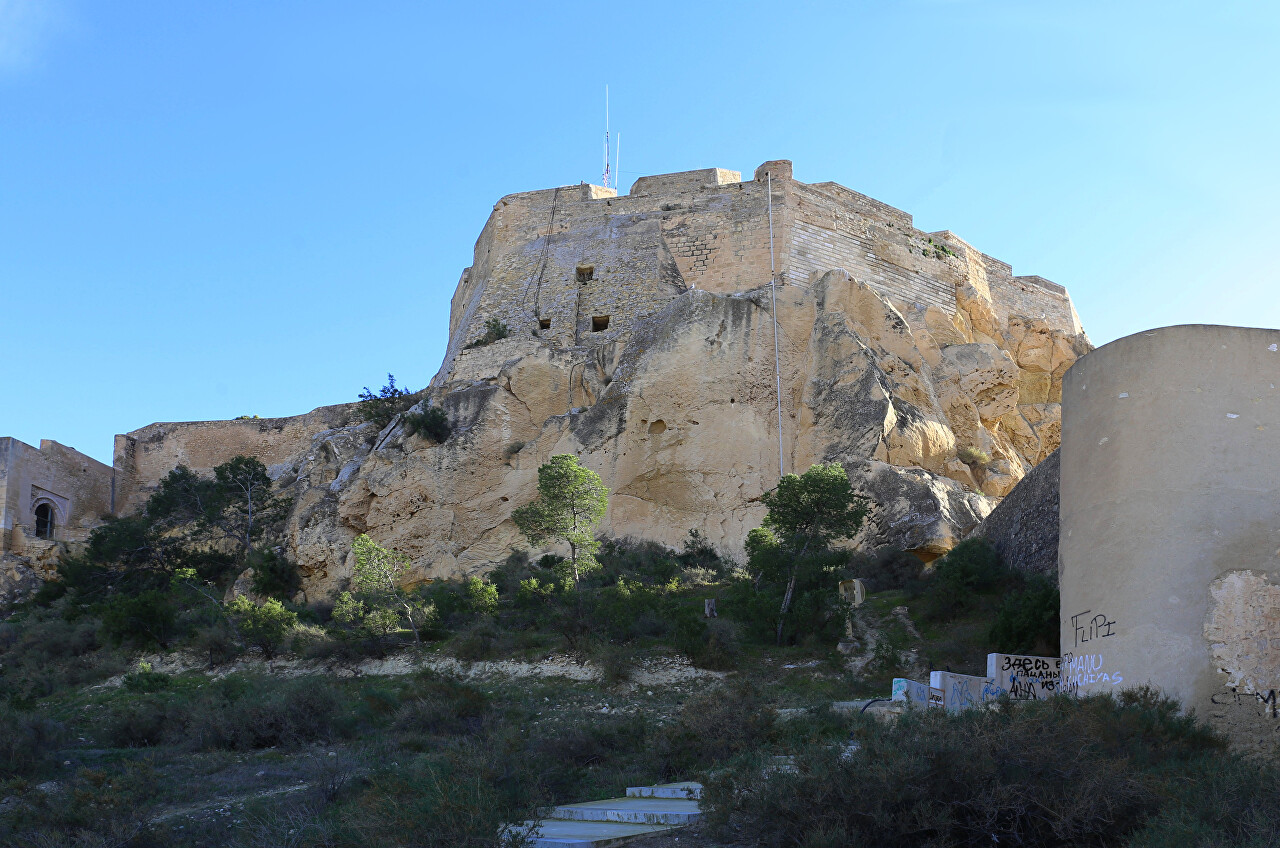 The park covers about 7 hectares, there are flower beds and alleys of olive trees, a cafe and restaurant, an exhibition hall, a children's playground. The Park is open from 8 am to 10 PM. 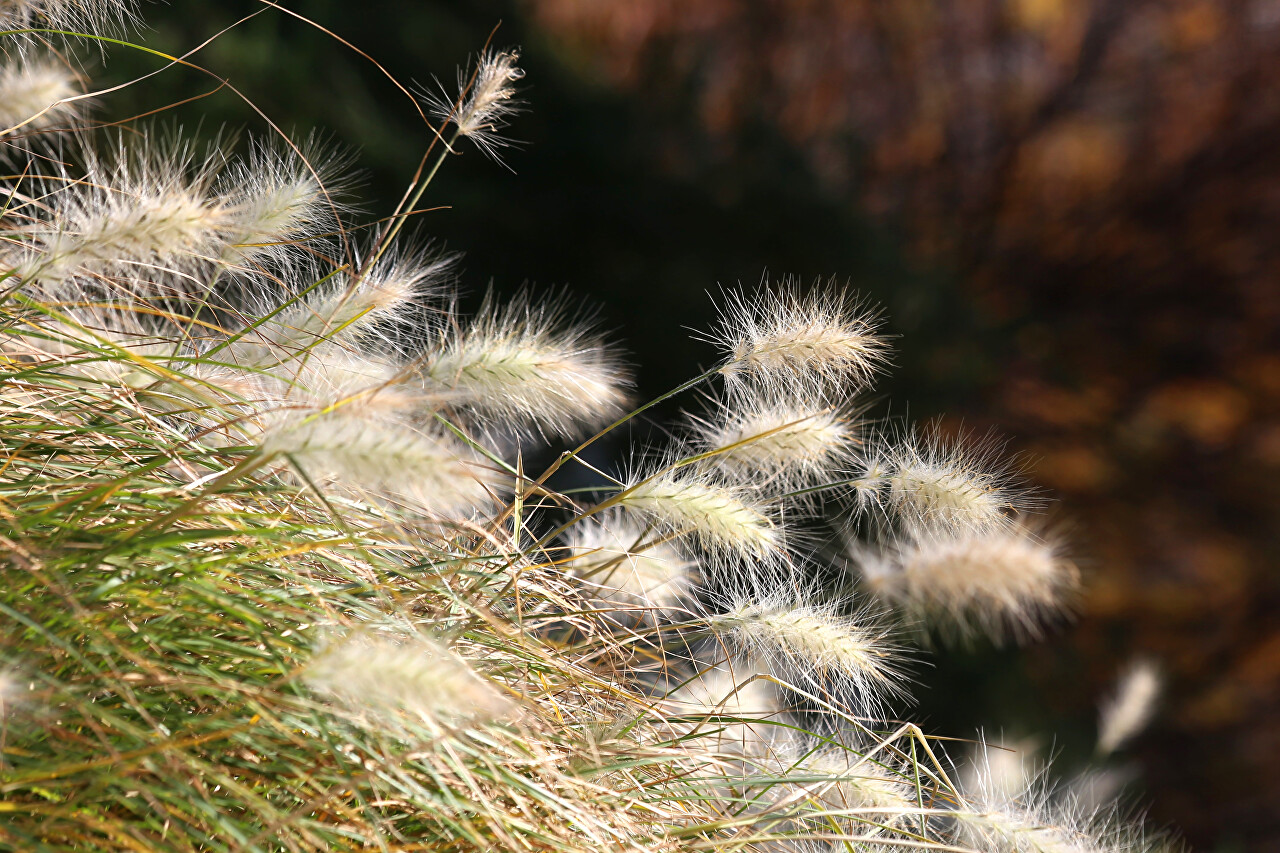